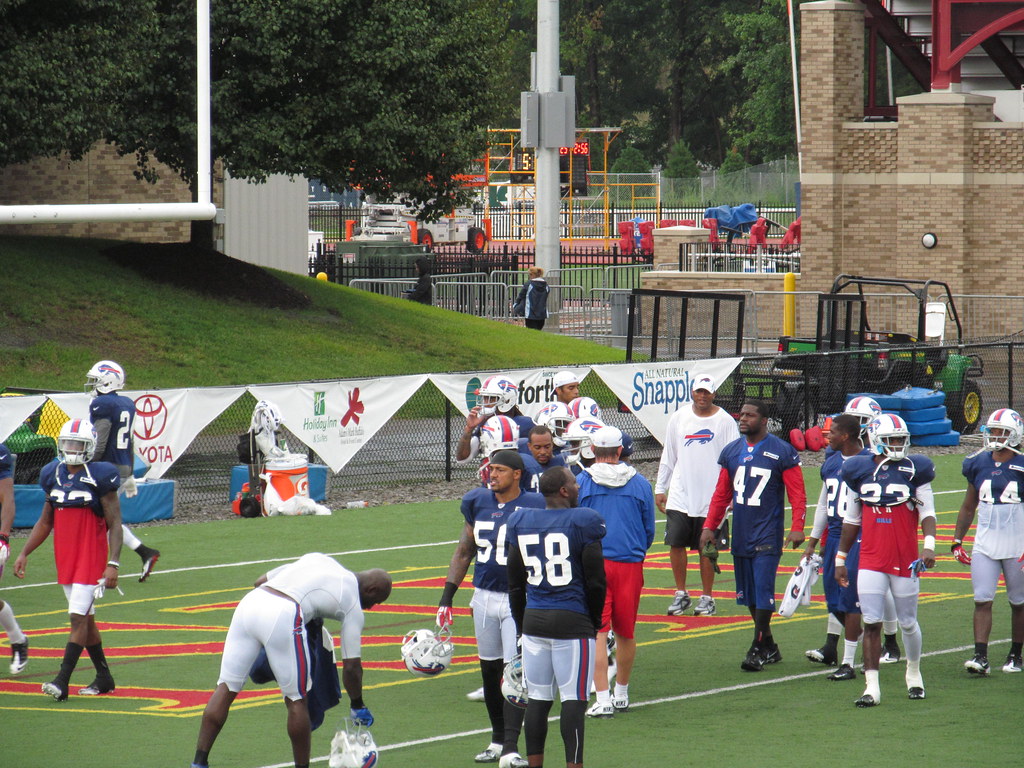 Each year, new players enter the NFL with high hopes. Each year fantasy football players draft these rookies with equally high hopes. Some first year players rise to meet the hype. Some prove to need some time to find their footing. Most though, fail to make a name for themselves and slide into a “role player” status on their teams. Let’s take a look at five rookie running backs heading into their second seasons and make a case for why you can move on from them for fantasy purposes. Many of the names on this list are still talented backs, but their situation has kept them from reaching their full potential.

This list is mainly geared towards those who are looking to improve their rosters in the short term. Hopefully, if you are on the fence about any of them, this can help you decide their fates. Note that this does not necessarily evaluate their overall talent. This is merely an assessment of their fantasy value moving into the 2021 season.

When Melvin Gordan parted ways with the Chargers to join the Broncos, the Los Angeles backfield was up for grabs. Austin Ekeler, became the front runner for the job due his dependable production over the last three seasons. Behind him sat a mixture of both Kelley and third year back Justin Jackson. Both received work as Ekeler’s change of pace, neither achieved sustained success. Even when their lead back fell injured, the Chargers failed to name either as the clear lead back. In fact, they went so far as to bring in Kalen Ballage from the Jets to assume some of the carries.

As the dust settled on the season for Kelley, his rookie resume consisted of 111 carries for 354 yards and two touchdowns. He saw action in 13 games but only managed to gain more than 30 yards in four of them. Much of that could stem from the offensive line troubles for the Chargers. Pro Football Focus ranked the unit dead last in their rankings. Another reason came by way of young Justin Herbert taking the offense by storm and finding much success in the aerial attack. Either way, there wasn’t much upside to be had for Kelley.

His situation is unlikely to improve if he remains in Los Angeles. Ekeler, when healthy, is cemented in the minds of the Chargers as the clear lead dog. This is furthered by his ability to catch from the backfield as well. Not to mention, the small sample size from Jackson gives him a slight edge over Kelley for the role of the backup. You may have picked him up on the waiver wire after Week 2 hoping for him to pop. You may have held onto him all season waiting for another Ekeler injury to catapult him to a start. Even now, you may be holding him thinking he’s a lottery ticket that may pay off next season. The truth is, if you are looking to make room for a hot trade, or if someone drops a name you’ve been wanting for a while, Kelley can take that hit for you.

It seemed as if Vaughn might have found a favorable landing spot when the Bucs took him in the third round of the draft. He was set to assume the backup role to Ronald Jones II on a team with Tom Brady. That situation took a hit in September when Tampa Bay locked up a deal with the Jaguars for Leonard Fournette. Suddenly, the former Fighting Illini turned Vanderbilt Commodores standout found himself behind two number one caliber backs. There was not much work to be had for the rookie. He saw spot carries in mop-up duty or to spell the top two backs for a down or two.

His biggest output of the season came in Week 16 with Jones out of the lineup. He out-touched Fournette in that game turning 15 carries into 62 yards. His colleague managed nine carries for 34 yards and a touchdown. It should be noted that this all occurred in a 47-7 rout of the Lions. His contributions in the playoffs have been negligible to boot. He registered five carries for 21 yards in his only meaningful action against Washington. When the regular season ended, his final tally read more like a single game total. He finished with 26 carries for 109 yards. His lone touchdown of the year came in Week 4 on one of his two receptions that game.

Even if Fournette moves on from the Buccaneers after this season, Jones will still reign supreme in that Tampa Bay backfield. There doesn’t seem to be much to be excited for in the way of prospects for Vaughn. Unless he’s able to secure a larger role in the offense, he is a player you can safely relegate to free agency.

The buzz around the Steelers makes it sound as if James Connor will likely not be returning for another season in Pittsburgh. Should this be the case, it will likely elevate Benny Snell into the number one position. On the surface, it would imply that McFarland will get a shot at competing for that spot. At the very least he could stand to inherit the backup role. But, McFarland truthers may have to pump the brakes a bit.

The Steelers running game has hit a rough patch since Le’Veon Bell took his services elsewhere. Pittsburgh has been towards the bottom of the league in the rushing category for the last four seasons. They finished this season last in average rushing yards per game with 82.5. It’s safe to think the answer to their problem is not already on their roster.

There are several free agent names floating out there that the Steelers can chase after for their 2021 campaign. Backs like Aaron Jones, Kenyan Drake, even the aforementioned Fournette could stand to improve their situation. Again, the talent may be there for McFarland, but we certainly did not get an opportunity to see it this year. His 33 carries for 113 yards did not instill the proper confidence needed to keep him on your bench. Also consider that almost half of that production came from his Week 3 showing where he carried the ball six times for 42 yards. If you have someone in your league willing to give you something in return for him, take the deal. Otherwise, here is your permission to walk away from this situation.

It probably goes without saying at this point, but there almost no part of the Jets offense valuable for fantasy purposes. This obviously includes the running backs who were led this season by the most rugged of them all, Frank Gore. One would assume that backing the 38 year old warhorse would be a choice gig. That assumption was squashed quickly when it became apparent that the only thing that could slow him down was his own offense. But this is not a love song for the grizzled veteran. This is dedicated to the viability of what he’ll leave behind should he finally decide he’s achieved enough.

What that consists of is the soon to be second year back in Perine and an impressive now third year back in Ty Johnson. It was in fact Johnson who came out the better on the season, if not by the thinnest of margins. Johnson finished the year with 254 yards and a touchdown on 54 carries. Perine clocked in with 232 yards on 64 carries and two touchdowns. Neither separated themselves from the other and neither holds much appeal as a hopeful stash candidate the least of which is Perine.

Much like the Steelers, the Jets may look to the wealth of the free agent market to shore up their leaks. Trying to lure in a top name may not be easy, but necessary. Should they land a bigger fish, Perine will again find himself cast back to the bench. And if there is not much value to be had from the New York starters, you can imagine what’s left from the backups. You can cut the line here with no regrets.

Before you yell at the computer screen hear this one out. Timeshare running back situations, while more common these days, are still a frustrating proposition. The call to try and deal Moss comes purely from a lack of upside in his current situation. He has proven to be a talented running back. His Week 8 performance showed his promise and a glimpse of what we might see someday. Against the Patriots, he turned 14 carries into 81 yards and two touchdowns. He also enjoyed a three game stretch in Weeks 14, 15, and 16 where he registered double digit carries in each. In that span he accumulated 181 yards and a touchdown.

While it may seem like this is an argument to hold Moss, the counter comes by way of his fellow running back Devin Singletary. Entering his second season in 2020, Singletary kept his hot rookie start going with another solid outing. He finished just south of 700 rushing yards on 156 carries. It was clear Buffalo wanted to establish him as the lead back. What they ended up doing was sprinkling in enough of Moss and even T.J. Yeldon to chip away at a run away season for Singletary, or week to week consistency from anyone below him.

Yeldon is set to be a free agent this offseason, but that does little to improve the landscape for Moss. He will find himself in a similar situation in 2021 as he faced his rookie year. What you will wind up getting should you hold on to him is a frustrating flex play week to week. Your best bet is to find someone still sold on the Utah version of him and make a deal. Don’t just drop him as there is still sentimental value attached to his name.