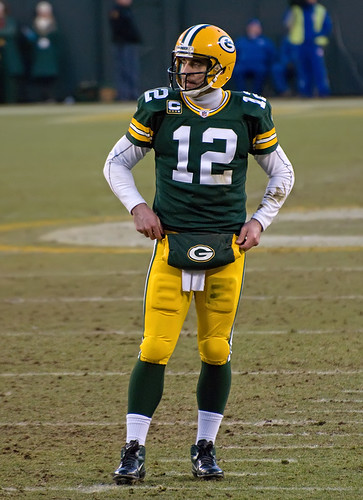 "Bruce Arians" by Gage Skidmore is licensed under CC BY-SA 2.0

How to build a team in dynasty fantasy football

After years of playing redraft leagues, I went into every draft the same: hammer running backs early and figure the rest of your team out later. I found I tended to end up reaching for RBs just so I can grab two studs early rather than playing the draft board properly. When I started playing in my first PPR dynasty league, I made the mistake of not altering my draft strategy and paid the price for it.

Your startup draft is the best way to build your team how you wish and then you can always trade for guys you were not able to snag later. Depending on the format of your league, targeting certain positions early in the draft or via trade can help you build a foundation for your team that can help you build a dynasty. Let’s dive in!

Point Per Reception 1QB leagues have been the most popular dynasty format but lately, Superflex has been giving PPR a run for its money. If you are looking for a more balanced league half-point per reception leagues are the way to go, but PPR is more fun and who doesn’t like high-scoring games?

Wide receivers need to be valued higher than running backs except for RBs that are targeted more than 5 times per game. Last year there were only four that were targeted this heavily in the passing game: Kamara, McKissic, Ekeler, and McCaffrey. Also, WRs tend to have longer playing careers than their RB counterparts so you can get more relevant fantasy years out of them.

WRs as a whole end up scoring more points than RBs due to the majority of their points come in the form of targets. In the top 100 PPR scorers in 2020, the WR12 finished at 35th compared to the RB12 which finished at 58th. If you aren’t able to own one of those top 5 pass catching options at RB, you are better off stacking up depth at WR, especially in a 3WR heavy league.

This may seem like an obvious answer, and yes, it is quarterbacks, but I hope I can provide a couple items that can help you decide between one player and another you are considering. For those of you who don’t know, a superflex league has a starting position that can be QB/RB/WR/TE. Basically, it is a 2QB league.

Some ask, “why don’t you just add a second QB spot rather than a superflex spot?” Assuming you are in a twelve-team Superflex league, there are only 32 starting QBs at a time and if you need to start two, that means there are only 8 other starters available. Once bye weeks hit, the superflex spot allows for some flexibility. If you thought RBs were scarce, Superflex makes QBs the scarcest position, and therefore the most valuable. Supply and demand am I right?

Quarterbacks have the longest shelf life of the four fantasy positions and based on fantasy scoring, they score the most points. If you can own two QB1s on your team, this gives you a tremendous advantage over your weekly opponent. In 2020, Jared Goff finished as the QB19. He scored more points than the RB7 which was Jonathan Taylor. (Assuming 4pt passing touchdown scoring) A similar result happened last year with Jimmy Garoppolo a QB2, scored more points than Nick Chubb a RB1.

If your league has 6pt passing touchdowns for QBs, I would without a doubt go QB/QB as your first two picks in your draft if you can snag two QB1s. The spread for QB points to any other position is superior. Lamar Jackson finished at QB10 in 6pt passing touchdown scoring last year. He had more points in PPR than Alvin Kamara, the RB1.

Your league format dictates a lot of the player value, but knowing which position you should build around can help you become a better dynasty player and keep you near the top of your league year in and year out.