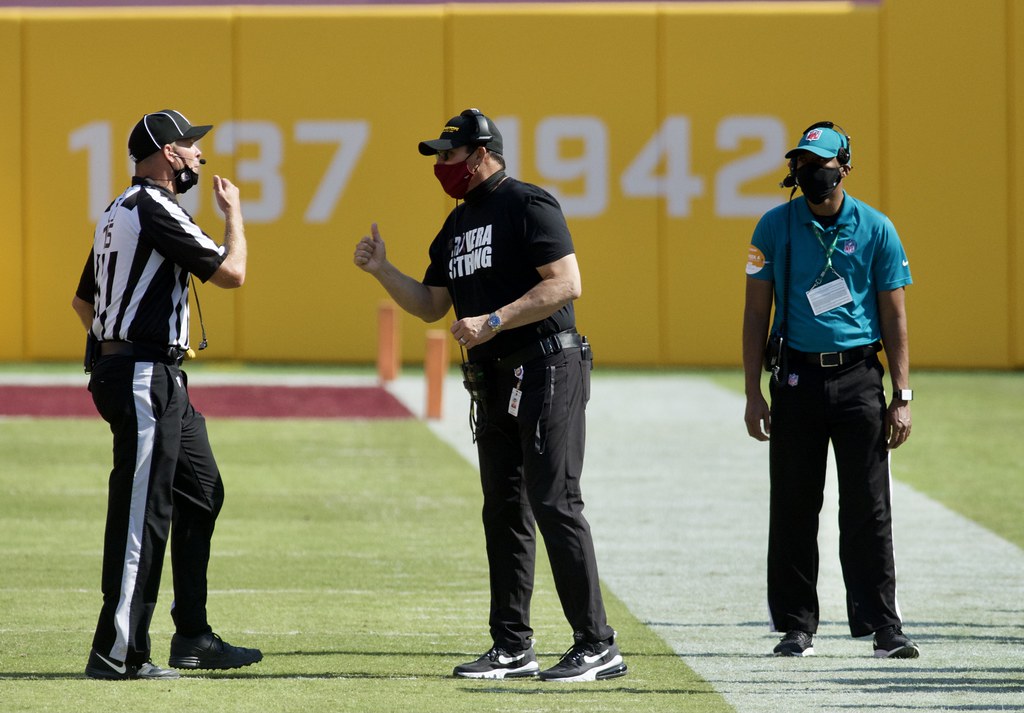 Where will Tyrod Taylor land?

The quarterback roulette wheel is spinning again this off-season and Tyrod Taylor is getting his turn to be focused on in this article. Taylor spent the last two seasons with the Los Angeles Chargers and with the emergence of Justin Herbert it is unlikely for Taylor to be back with the Chargers.

Taylor’s statistics are somewhat pedestrian for a player who has been in the league for 10 seasons, but the impact he’s made for the teams he played for goes well beyond stats. In 2018 with the Cleveland Browns and in 2020 with the Los Angeles Chargers, Taylor started the season but was replaced by a rookie quarterback when he sustained an injury. His ability to be a mentor to a young quarterback makes him valuable, even if he doesn’t play an entire season.

There are two situations that would fit Taylor best. The first is as a bridge quarterback to a highly drafted quarterback, like he was with Cleveland and Los Angeles for Baker Mayfield and Justin Herbert. The second situation is as a backup for a star quarterback, as insurance for the team to be able to win a few games in case of injury.

In this article, we will give you three bridge situations and two backup situations that make sense.

The Washington Football Team made the playoffs in 2020 with a 7 – 9 record. While QB Alex Smith is still under contract with Washington, there has been some speculation that they might move on from him, making Taylor a viable option.

Presumably, there is a good chance Washington will draft a quarterback in the 1st round of the 2021 NFL Draft and with Taylor’s track record of bridging the gap, Washington would be in a very good position.

Additionally, Taylor has a prior relationship with Washington’s quarterbacks coach Ken Zampese, as they were together in Cleveland in 2018. At the time, the Browns coaching staff, Zampese included; were very impressed by Taylor’s leadership abilities.

The New England Patriots missed the playoffs this past season and have a need at quarterback. Some mock drafts, including one done by NFL.com’s Lance Zierlein, has the Patriots taking a quarterback with the 15th pick in the 2021 NFL Draft. Zierlein has the Patriots grabbing Ohio State quarterback Justin Fields.

While others have Fields going much earlier, if he does last to the 15th pick it would be very worthwhile for the Patriots to draft him and team him up with Taylor. In their college careers, Fields is a more efficient passer, but that can also be attributed to having better quality players around him than Taylor had at Virginia Tech. Their rushing statistics are very similar as they both averaged 4.4 yards per carry.

Even if Fields is gone, the Patriots are very likely to take a quarterback in the draft so adding Taylor to the roster is still a prudent and cost effective move.

This is my favorite option of the five!

Let’s start with the obvious reason this would work. The Jaguars have the first pick in the draft and are expected to draft Clemson quarterback Trevor Lawrence. With Taylor on the squad, the Jaguars can give Lawrence the chance to start the season on the bench and get used to the NFL a little before being thrown to the wolves (as the saying goes).

Another reason why this makes sense is, look at the quarterbacks new head coach Urban Meyer has had while coaching in college. Most have had good running abilities like Tim Tebow, Braxton Miller and J.T. Barrett. While none of them panned out in the NFL, Taylor has a similar skill set but is a better passer.

Finally, part of what Meyer is going to try to create in Jacksonville is a culture. To build a culture it helps to have players who have the ability to be leaders and Taylor fits that perfectly.

Taylor started his career with the Ravens and rejoining them now might be the perfect spot for him. Having head coach John Harbaugh already knowing what type of person Taylor is could be very beneficial for Taylor.

While there’s an infatuation with Ravens backup quarterback Trace McSorley, if starter Lamar Jackson does get hurt, Taylor is a much better option to take over for some time. While Taylor is far from the same level threat while running the ball like Jackson, he would not be as much of a drop off. Also, the offensive system would not need to change much with Taylor in instead of Jackson.

When Jackson got hurt in the playoffs against the Buffalo Bills, the Ravens would have been much better off had Taylor been their backup. That’s not to say they would have definitely won the game, but their chances would have been greater, as Taylor has been in big spots before.

For the sake of this article we are going to assume that Texans’ quarterback Deshaun Watson will still be with the Texans next season. Adding Taylor as Watson’s backup gives the Texans a better backup option than what they have now in 41-year old Josh McCown.

Additionally, new Texans head coach David Culley was Taylor’s quarterback coach in 2017 when Taylor led the Buffalo Bills to the playoffs. Also on the coaching staff is Pep Hamilton who was the quarterback coach for Taylor last season with Los Angeles. Personal connections like these can be the difference between where a player signs.

Now, if Watson does get traded, signing Taylor could still be in the cards as a bridge for whoever is the next young quarterback for the Texans.