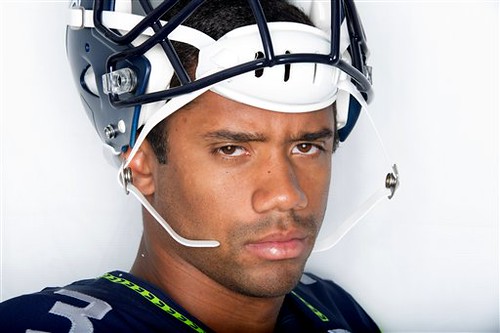 "russell wilson" by BlueberryFiles is licensed under CC BY 2.0

What could be Seattle’s QB options if Russell Wilson leaves?

The quarterback buzz mill is in full swing and the latest victim is Russell Wilson. Due to recent reports of him voicing frustration about the Seattle Seahawks front office, it’s now speculated by some that Wilson would be open to leaving Seattle. He’s one of the best quarterbacks in the league, as he finished 2020 with 4,212 passing yards and 40 touchdowns.

The reason why Wilson voiced his opinion is due to the fact the front office has failed to acquire legitimate help on the offensive line. Wilson has been running for his life throughout most of his career. In the last three seasons, he’s been sacked a total of 146 times.

If the Seahawks do dish Wilson away in a trade, they’re essentially saying they can’t find the help Wilson requires. They’ll put themselves in a much more difficult situation going this route. Instead of finding help on the offensive line, they’ll be hoping to land a QB to replace Wilson. A task easier said than done, but the front office can attempt to find someone via free agency, trade, or the NFL draft. Here are three potential QB replacements for the Seahawks.

One route the Seattle front office could go is signing Dak Prescott. He’s been one of the most under-appreciated quarterbacks in the league. He only played five games this year due to injury, but he went bonkers in that short period. He finished with 1,856 passing yards and nine touchdowns.

This will be a difficult signing to pull off, as the Dallas Cowboys still have the right to re-sign Prescott to a long-term deal. Matt Johnson, a writer for Sportsnaught explains Prescott’s current contract situation. He states, “If an extension isn’t reached before the July 15 deadline, he’ll either hit free agency as a 28-year-old star quarterback or become the first player to be tagged three times.”

If Wilson leaves Seattle, this would be the best-case scenario for the Seahawks. Prescott is a top QB in the NFL and would allow for the Seahawks to continue playing at a high level without many bumps in the road. His ability to sling it downfield and spread the ball around to his receivers would keep the Seahawks competitive in a tough NFC West division.

Another direction the Seahawks could go is selecting a quarterback in the NFL draft. They don’t have a first-round selection this year, meaning Seattle may have to trade up to find a prospect to replace Wilson. Mac Jones would be the perfect candidate for the job, as he’s proven capable of playing well with a great cast around him. He finished 2020 at Alabama with 4,500 passing yards and 41 touchdowns.

Jones has been receiving a lot of hype lately as the NFL draft approaches. He had an impressive senior year, which makes him a possible top QB prospect in the draft this year. With that said, it’s unclear when Jones will be drafted.

An author for Pro Football Network, Ian Cummings explains Jones’ draft projection. He explains, saying, “For now, I see Jones as a solid mid-round quarterback, who will probably end up being a day two pick. With that being said, I could see an NFL team convincing themselves to pick him late in round one…”

This wouldn’t be the worst thing for Seattle. Jones seems ready for the pro level. With a supporting cast of DK Metcalf and Tyler Lockett, giving Jones a great WR group to work with.

This may not be a QB Seahawks fans want to see as a possible option, as Sam Darnold hasn’t done anything to make people believe he can play in this league for a long time. He’s had spurts, but it hasn’t been consistent. In 2020 he was benched for Joe Flacco, but still managed 2,208 passing yards and nine touchdowns.

It’s still uncertain whether or not Darnold is apart of the New York Jets’ future or not. With a new head coach, he may want to find a new QB he feels is better suitable for the job. In a Sports Illustrated article written by Michael Shapiro, the author explains, “New York isn’t ready to deal Darnold just yet, per Schefter. The Jets reportedly ‘haven’t made any final and firm quarterback decisions’ and “all options are being explored.”

The upside to Darnold is that he’s still only 23 years old. He’s also never been given a chance in New York as the front office hasn’t built the roster to help him succeed. If he finds himself in Seattle, he’d have the best group around him since his days at USC. Also considering Pete Carroll plans to utilize the run more often next year, this could be a great new start for Sam Darnold.