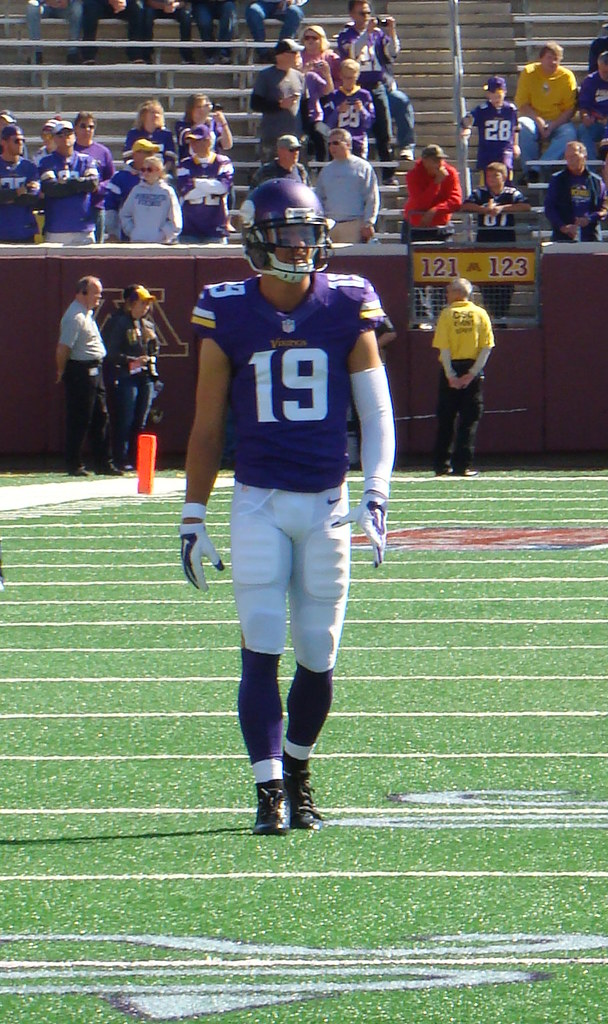 Where Could Adam Thielen end up before the 2021 season?

From receiving a $500 scholarship for a DII school to a record-setting NFL season, the young WR, born and raised in Minnesota, got the ability to play for his favorite NFL team coming out of Detroit Lakes, Minnesota.

He grew from the number two wide receiver on the Vikings to a number one in a few seasons, and now could potentially be on the trading block after another unsuccessful season for the Minnesota Vikings.

Thielen has been mentioned in the trade circuit as of recent, with the disconnection with current starting quarterback for the Minnesota Vikings, Kirk Cousins. Both Cousins and Thielen have not been seeing eye-to-eye, especially the past two seasons.

I have three trade destinations in mind for Thielen so he can develop some chemistry in somewhat of a new system, and a place that will allow him to shine.

The Browns are in a tough position at the wide receiver position. They still have top guys like Odell Beckham Jr. and Jarvis Landry, but the chemistry between Baker Mayfield and the wide receivers has been strained as of this past season. Not to mention that Landry may not be a Brown next season and there’s been trade speculation around Odell.

With Odell going down week seven with an ACL tear, ever since, the Browns have found stars in the second team with guys like Donovan Peoples-Jones and Rashard Higgins, but they need a solid number two receiver, and Thielen could be the guy to step up, with OBJ on the trade market.

After that week seven injury to OBJ against the Bengals, Baker Mayfield started to make connections with his receivers, while still having one of the best 1-2 combos on the ground with Nick Chubb and Kareem Hunt. The Browns, compared to the Ravens, Colts and Dolphins, have more offensive talent, but at the same time, have more breathing room for a guy like Thielen to come in and immediately have a 1,000-yard season.

Thielen could do some big damage in the AFC North, and if Baker Mayfield becomes more accurate with him throwing the ball, Thielen could be the #1 WR on this team, with Landry being number #2, but this is only the case if OBJ does get traded somewhere.

The Ravens statistically had the worst pass-game in the NFL, but with their offense being the option with Lamar Jackson and J.K. Dobbins, as well as throwing to tight ends like Mark Andrews, there is not a need for receiver help.

Hollywood Brown is the leading receiver for Baltimore and he has voiced his frustrations of the offense and how it doesn’t include him in most plays, unless he’s blocking or going on a go-route downfield. The Ravens, compared to the Colts and Browns, need more of a pass-game.

Since Joe Flacco left the franchise after Lamar became the guy, the pass-game has taken a huge tumble and has never seemed to grow since Jackson became the QB. Baltimore has had struggles finding the #1 WR they’ve been looking for, and bringing in Dez Bryant and Hollywood Brown did not solve the pass-game problems.

Thielen could bring some swagger and some needed WR help to this Ravens offense, which is very predictable as of now. Along with Dez Bryant and Hollywood Brown, Thielen would immediately draw some attention at the line from opposing defenses of the Ravens and could really be a huge threat, a concern for me is how the offense of the Ravens is so stuck on the option with Lamar or running the ball down opponent’s throats, that there really isn’t room for a pass game. But, with a new pass-game coordinator coming in, maybe they can help the struggles for Baltimore in the pass game.

For the third spot, I have a tie between Indianapolis and Miami, just because both teams could really use the WR help the same amount, and Miami only has a little less of an advantage, considering they currently have the number three overall pick.

For the Colts, they’re in a position where they don’t need to trade for Thielen, but it would certainly help them out a lot more, considering T.Y. Hilton could walk and head into free agency, if the Colts don’t want to negotiate with him or give him the money he wants. Indianapolis has young studs like Michael Pittman Jr. and Dezmon Patmon, but a veteran receiver to lead this young core could be exactly what Thielen could do, and what Indianapolis is looking for. The Colts first need to address the quarterback situation, with speculation of Phillip Rivers retiring, but also a potential trade for Carson Wentz in the work, Indianapolis could try and snag Thielen out of Minnesota.

For the Dolphins, they’ve been looking for a receiver to be the next guy to DeVante Parker for a while, and they have seemed to be looking for a receiver for a while. With Miami having the number three pick overall, early draft projections have the team selecting Ja’Marr Chase out of LSU, or potentially trading that pick down for a team. If the Dolphins trade down or trade for Thielen, it would be huge for an offense that is on the rise. Miami got Tua Tagavailoa with the number five overall pick last year, but some people on that offense don’t believe that he’s the guy. There have been rumors that people don’t believe in Tua in that organization, because of what they saw the previous season, which could lead to some QB change, potentially getting Deshaun Watson if available. But, if Thielen comes, things could change in the AFC East.