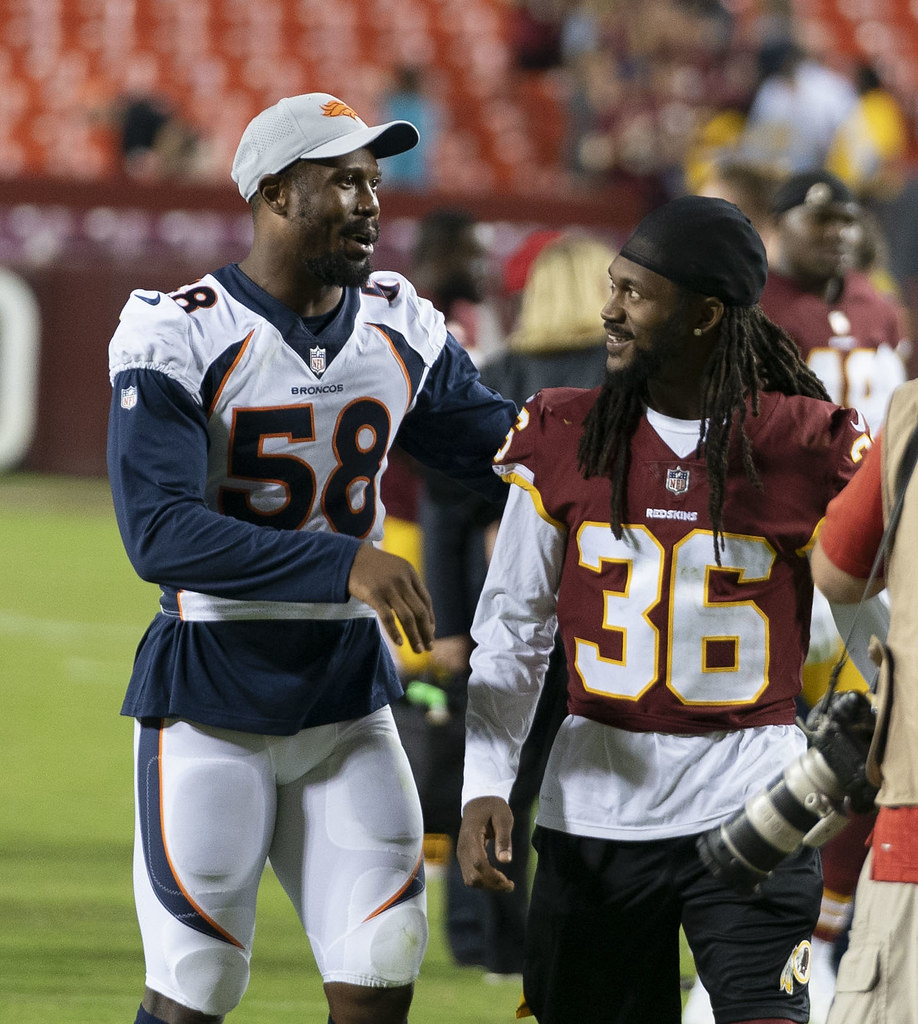 Who Will The Broncos Target in Free Agency?

The Denver Broncos may have finished the 2020 season with a decidedly mediocre 5-11 record and it may feel foolishly optimistic to suggest that they could be a playoff team in 2021, but there is logic to the lunacy. They have a new GM, a coach that is notably loved by the players and a core group of young, hungry players who are finding their feet in the league and gaining more and more experience with each and every game. While the Kansas City Chiefs looked nearly impossible to topple during the regular season, the rest of the AFC West is notably topsy turvy and if the Broncos can negotiate three or four wins in this division, instead of the one victory recorded in 2020, they will put themselves with a big chance of a playoff berth next year.

Their young roster is a strong starting spot, and they have done well in recent years of moving on high earning ”˜experienced’ players who were on the brink of being declared as ”˜past their best’. While the Broncos will not want to sign completed has-beens or over-exuberant troublemakers, Coach Fangio will be keen to sign on a couple of experienced heads, both for a calming locker-room presence, and also for some much-needed experience to help coach these young players during the heat of battle.

With so many free agencies it can be easy to get caught up in who could and should sign and who would be total busts. I have identified three non-Quarterback players who would certainly strengthen the team without breaking the bank.

Current Pro Bowl safety Justin Simmons is testing the murky waters of Free Agency just one year after the Broncos placed the franchise tag on him. In an ideal situation, the Broncos give their man the way rise he wants (and deserves) and continue to keep his winning mentality in the locker room. He has a lot of leverage though, and if the Broncos aren’t willing to stump up his wage demands then there are plenty of teams who would love to acquire his consistency, tough tackling and ball-hawk tendencies.

If Simmons leaves then Minnesota Viking free safety Anthony Harris could be an ideal replacement. He has a year more experience in the league than Simmons and crucially, Harris has recorded four playoff performances as a Viking. He may not be as explosive as Simmons but would likely cost significantly less in cap room and has significant upside. Given the choice I am sure that most Broncos fans would prefer to keep Simmons, but if he is to leave then Harris would be a dynamite replacement. Plenty of experience and oodles of leadership. Having worked with new Broncos GM George Paton can’t hurt the chance of this deal either”¦

Is this a stretch? Perhaps. Does this make sense? Yes. The Broncos have a good defence, a very good defence, in fact, therefore it feels odd to be making another defensive suggestion. Vic Fangio loves a strong defence and the five games won by the Broncos had less to do with their offence and more to do with a powerful defence limiting the opposition. Their cornerbacks are powerful players, but young. While Richard Sherman is hardly a long-term strategy, he would be signed as much for his experience than his future.

When fit, Sherman is near enough unplayable. He is as dominant a cornerback as the league has seen in a decade when on his game and if he can bring even a fraction of that winning mentality to Denver then he may well be able to push the defence to a level so high that their mediocre offence can be much more competitive. A year or two imparting his wisdom onto this young side should be enough to see them develop into a consistent playoff team.

Departing the NFC West, and the NFC in general, could be a stretch, but he is a talented player with a recently poor injury record. He will be keen to grab one final payday before his body gives out and if Denver allows him the playing time, he needs then this could prove a shrewd piece of business.

Villaneuva is a highly experienced tackle who could be a crucial member of the offensive line in Denver. After his debut season for the Eagles, Alejandro switched to Pittsburgh in 2014. He has always been admired by head coach Mike Tomlin and has spent the last half decade putting in a tough shift for the Steelers, becoming known as one of the leagues better tackles and twice going to the Pro Bowl, in 2017 and 2018.

Villaneuva would complement Garett Bowles nicely in the Mile High stadium and provide some much needed experience to what is a disappointingly weak offensive line. The attacking pieces are there for Denver, regardless of who quarterbacks them. A string of young receivers such as Tim Patrick, Jerry Jeudy and DaeSean Hamilton, the able Noah Fant and two dynamic RBs in Philip Lindsay and Melvin Gordan are not to be dismissed, if only they are allowed the time to showcase their talent on the field. With Villaneuva doing the dirty work, this could really open things up for the Broncos.

The Broncos have shown they are content to really build a young team up and they have certainly shown flashes of what they are capable of in the last year. There is work to be done, however. A strong draft is ideal, and they will certainly hope to unearth the next Von Miller or Matt Paradis, but if they want to really be considered a force then they need to win games. Youthful exuberance is commendable, but sometimes a little experience is necessary. If they can pick up some experienced players in key position without blowing their cap space too hard then we may very well be looking at a Broncos team capable of reaching the 2021 playoffs.

PFM Round Table: Which Play Made You Realize A Star Was Born?
Potential Destinations For Corey Linsley in Free Agency
wpDiscuz
0
0
Would love your thoughts, please comment.x
()
x
| Reply