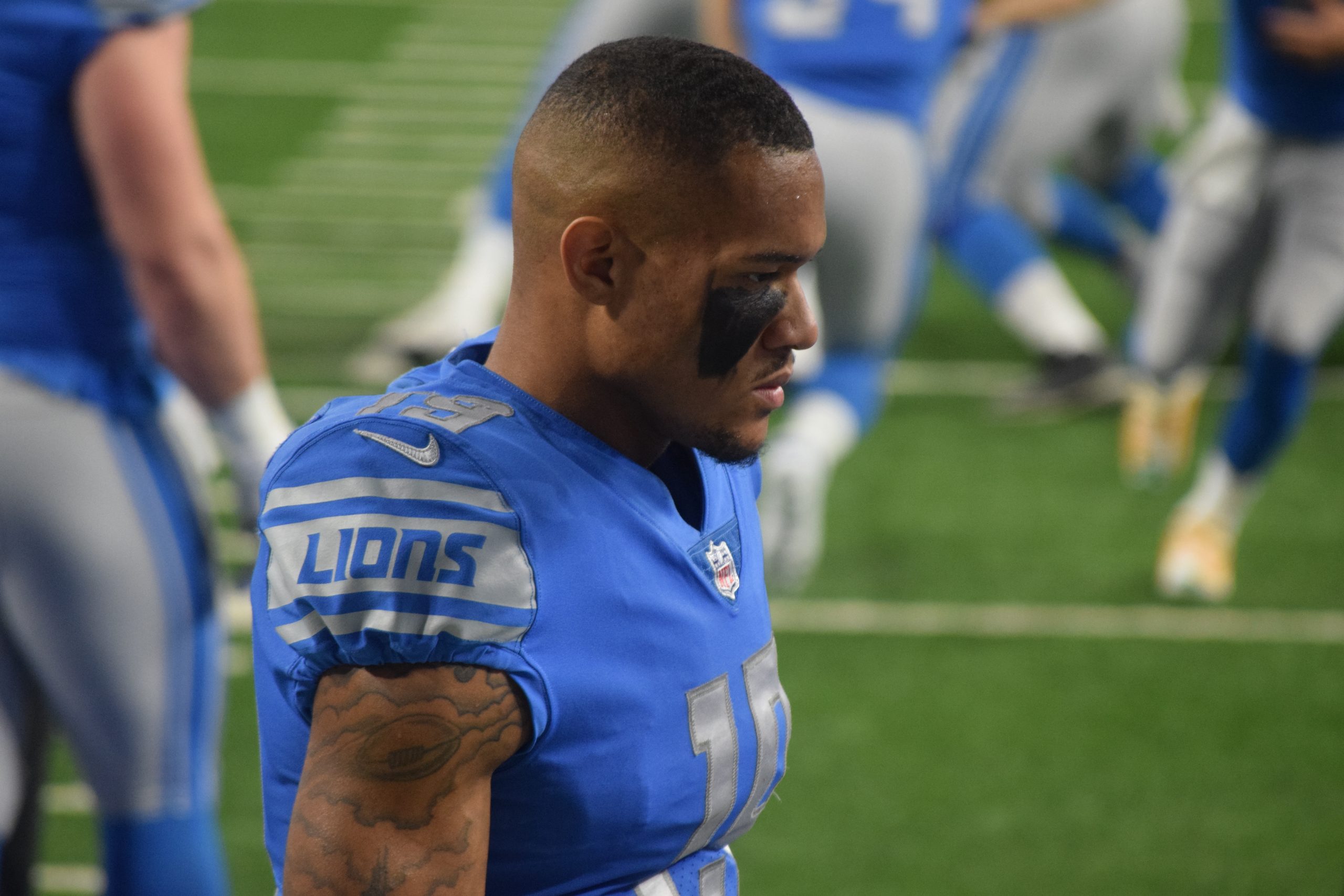 Many of the latest predictions have stud, yet injury-prone, wide receiver Kenny Golladay leaving the Lions in free agency (understandable) and signing with the Baltimore Ravens. If that happens the NFL world could be in for a fun ”˜Ravens Ride’ in 2021 if Golladay can stay healthy. Baltimore also presents one of the best defenses in the NFL by giving up the 2ndfewest points, 6thfewest passing yards, and 8thfewest rushing yards. If the offense can fire on all cylinders in 2021 then 2020’s “struggles” will be a distant memory for us all. But Gollady to the Ravens may not be the best fit for fantasy managers. There’s reason to believe he’s the complete package for the Ravens, but are the Ravens the complete package for Golladay? Here’s a breakdown:

NEED: If you’re a ”˜straight from the horse’s mouth’ kind of person, here you go. Ravens Head Coach John Harbaugh has said himself that he would love a big and physical wide receiver this offseason. His exact quote:

“I think a big, physical receiver would be awesome for us ”“ a big target for Lamar [Jackson]. It could be another tight end too. Or a speed guy that could open coverage up would be valuable too.”

DEEP THREAT: Harbough went on to say he’d value a WR who may be, “A speed guy that could open coverage up.” While Golladay isn’t the fastest guy on the gridiron, he can open up coverage. Ready for a mind-bending stats ride?

In 2019 Golladay dominated the deep ball. He got down field constantly and consistently:

RED ZONE: The potential red zone success is my favorite part about the possible Jackson to Golladay connection. The Ravens are not afraid to throw the ball in the red zone, so when Harbough says, “Big target”¦could be another tight end too,” Golladay is the guy he’s talking about.  If you had any reason to watch a Lion’s game in 2019 then you know Golladay was Matt Stafford’s favorite RZ target. Golladay saw a league-high 13 targets inside the 10 yd. line, with 7 receptions and 6 touchdowns. Golladay led the NFL with a total of 11 touchdown receptions, so more than half of his TD’s came from within the ten. That’s all great news for the Ravens’ because Lamar loves his big target in the red zone, Mark Andrews. In 2019 Andrews ranked 6th in the NFL in RZ receptions, 1stin TD’s, and in 2020 he ranked 5th in RZ targets. Meanwhile Jackson posted a 68.3% RZ completion rate in 2020, which was the 10th best in the league. Expect Golladay to see a lot of that red zone action and take away from Andrews’ targets.

LAMAR: Jackson will be the biggest factor in determining if there’s harmony between the Ravens and Golladay. The offense runs through Jackson.  He is the motor that makes it go and his strength is his legs which doesn’t do much for Golladay. As we mentioned Jackson’s RZ completion rate is great, but he ranked 23rd in the league with just a 37% deep ball completion rate in 2020. Jackson also didn’t look deep too often. He ranked 16th in yards per pass attempt with an average of 7.3 yds.

FANTASY VALUE: We’re going to hope and assume Golladay comes into 2021 healthy and ready to go. Look for the Ravens to try to open the field with Golladay but I can’t guarantee it will work. Golladay is clearly the number one receiver and deep threat the Ravens need. However, Jackson’s deep ball completion rate is concerning and there’s one more glaring stat: The Ravens led the NFL in 2020 by running the ball on 57.8% of their plays. That’s more than 4 points higher than the 2nd place team. The Ravens also led the league with the fewest pass attempts per game at just 25. Unless Lamar can show Harbough he’s improved his deep ball the Ravens will likely stick to the run and only look for the big plays on occasion while Kenny serves as a deep threat decoy.

Ravens fans should be excited about the possibility of adding a talent like Golladay. But fantasy fans should proceed with caution because the consistency just won’t be there. Golladay will still be a red zone threat, so he may be touchdown dependent most of the year.

Be looking to take the Ravens version of KG as your WR3/4 with hopes he can scratch WR2 territory.