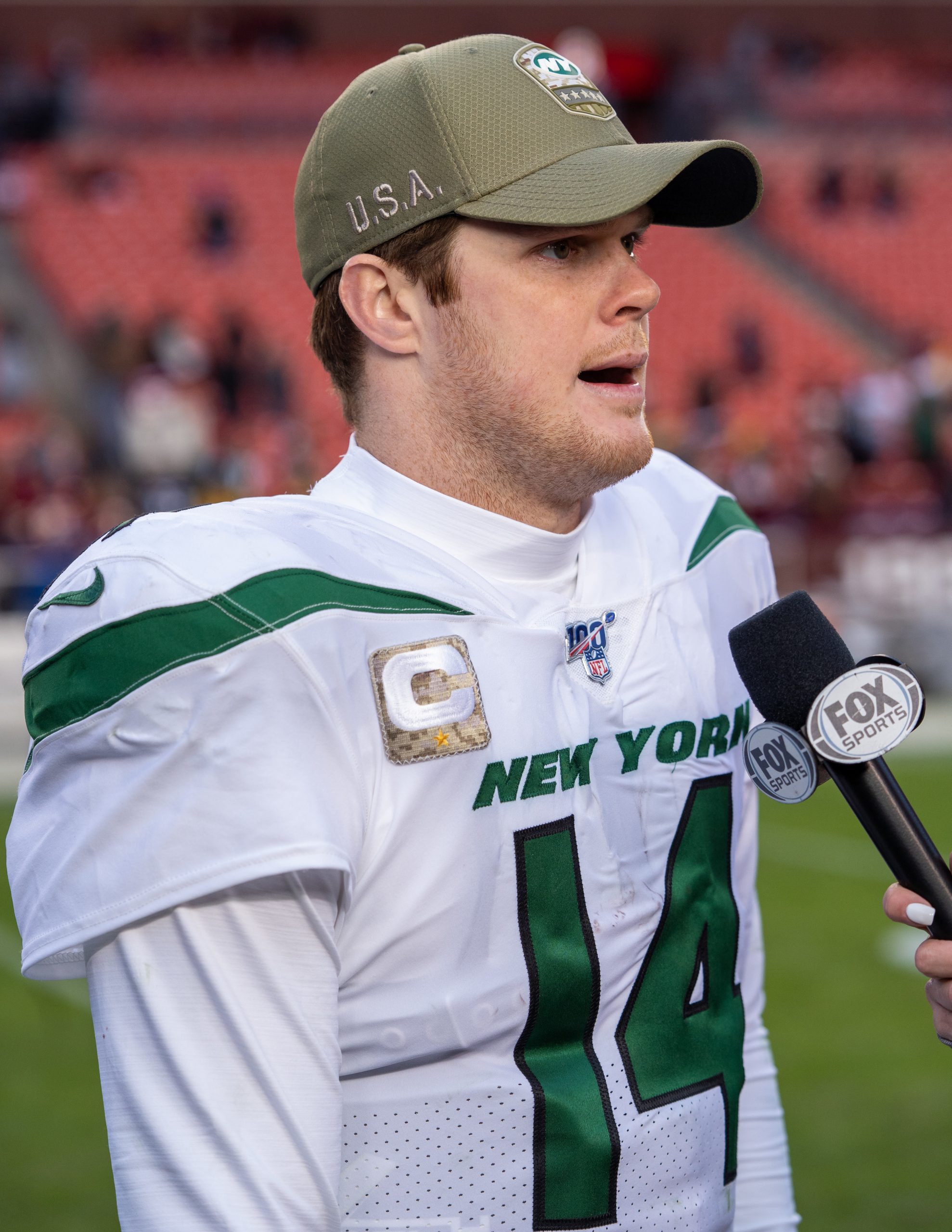 What Will Robert Saleh Do With Sam Darnold?

Divorces are hard, long, and expensive. At one point you thought we would be together forever, but then boom the unpredictable happens.

Never in the history of the NFL have we seen a QB this good, this young ask for a trade-in Deshaun Watson nor have we projected that so many QBS would be switching teams in the same off-season. The clock is ticking, the Jets are picking at #2 what should they do?

Option 1: The New York Jets Keep Sam Darnold and trade the #2, move down for more assets.

Many analysts are done with Sam Darnold, he has shown potential in flashes, but he hasn’t lived up to expectations of a #3 overall pick.

Darnold was not the Jets’ only problem. The lack of a sufficient offensive line, weapons to surround Darnold, defensive players, and play calling on both ends all played a role in the demise of the New York Jets.

In Week 13 the Jets had all of their wide receivers healthy for the first time all year and over those four weeks, Darnold played his best football. Completing 70.97 percent of his passes against the Rams, 700 total yards, and a 5:1 TD; INT ratio.

Even New England Head Coach Bill Belichick had positive things to say about Darnold. “I don’t think there’s any shortage of talent there or playmaking ability… He’s an athletic guy that has great size, big arm, hard to tackle in the pocket, good prospect”.

Fit is more important than talent.

No one would ever compare Sam Darnold to Patrick Mahomes, but would Mahomes have the same success with the Jets as he does with the Chiefs? I think not. Bold comparison or not, Mahomes would not be elite with NYJ.

Look at Odell Beckham Jr. While with the Giants he was hands down a top-five wide receiver, the moment he left he’s average. The Browns have no plan to give him the targets he “desires”, as he’s not used to not being the main focus.

Lastly, what about Shaquil Barrett? In Denver he could barely get on the field in a loaded pass rush rotation.. now that he’s In Tampa Bay he’s become an All-Pro, led the NFL in sacks, and became a Pro Bowler.

It is rumored that the new regime under Steve Scarnecchia and Robert Salah looking to draft BYU QB, Zach Wilson. Let it be noted that Wilson is graded higher than Darnold was coming out of USC.

Darnold coming out had an overall grade of 83.6 and Wilson has a 94.9. But, would drafting a new QB solve their issues? It is more likely that Wilson would come to Big Apple and fail. Not because he isn’t talented enough, he would struggle because the Jets don’t have the talent to compete.

It would be a Sam Darnold situation all over again, I propose they trade the #2 pick and move down for more picks. Unless you love a guy at #2, move down.

Six teams need a QB (49ers, Bears, Falcons, Panthers, Patriots, and Redskins)why not move down and get more picks? The Jets are going to finish last in their division, and according to former NFL HC Hue Jackson “There is five to seven franchise changing players in this draft”. Why not get a couple of decade-like profiles as opposed to “one QB” or set yourself up nicely for the longterm?

The Jets currently have five first-round picks over the next two drafts.

Six teams picking in the top 15 of the first round have unsettled quarterback situations. Would a team give up their next two first-round picks and others for this year’s second pick? The Jets currently have two picks in the first round (#2 and #23) try and add another. One of these six teams is going to talk themselves into taking these QBs, trade with them, get more picks, and build for your future. If the Jets draft correctly they could of for contention by ’23 or ’24.

Option 2: Sam Darnold to the Washington Football team for #19th and #207 pick

The Washington Football Team has a hole a quarterback with Dwayne Haskins out the door, Alex Smith on the fence about coming back, and Taylor Heinicke played well in their playoff game but is unproven as a long-term starter.

Insert the 23-year-old to give them stability. With all the concerns at quarterback for Washington a year ago, they still threw the ball the seventh-most in the NFL (62.23%).

If Ron Rivera and staff want to compete for long-term success, Darnold is their guy. Offensive Coordinator Scott Turner deserves credit with so much uncertainty, lack of preseason, and lineup changes.

He found some hidden gems on their roster. J.D. McKissic showed he can be a legit pass catcher, Anotnio Gibson had 11 touchdowns despite limited time in college, and the offensive line improved weekly. Turner found creative ways to feature his playmakers and utilize their skillsets properly, despite a lot of these guys being overlooked free-agents.

One could argue Turner could do the same with Darnold. Turner brought creative playcalling which led to some guys having career years in 2020. In Sam Darnold’s young career he has had to deal with nothing but dysfunction at the highest level and bad coaching. If traded to Washington, this would be the first time he’s had organizational stability and a head coach that would push him like no other.

Washington is 5th in cap space and has other picks to add more offensive weapons around Darnold. If the former first-round pick can manage the game and not turn the ball over they can win their divisions consistently.

Their defense is top five in the league, they have a future star at WR in Terry McLaurin, and a reliable TE in Logan Thomas. A fresh start at QB would do this team wonders. They played the soon-to-be Super Bowl Champions Tampa Bay Buccaneers very well and the lack of a capable QB was brought to the forefront. Fill that void and several division titles are on the way.