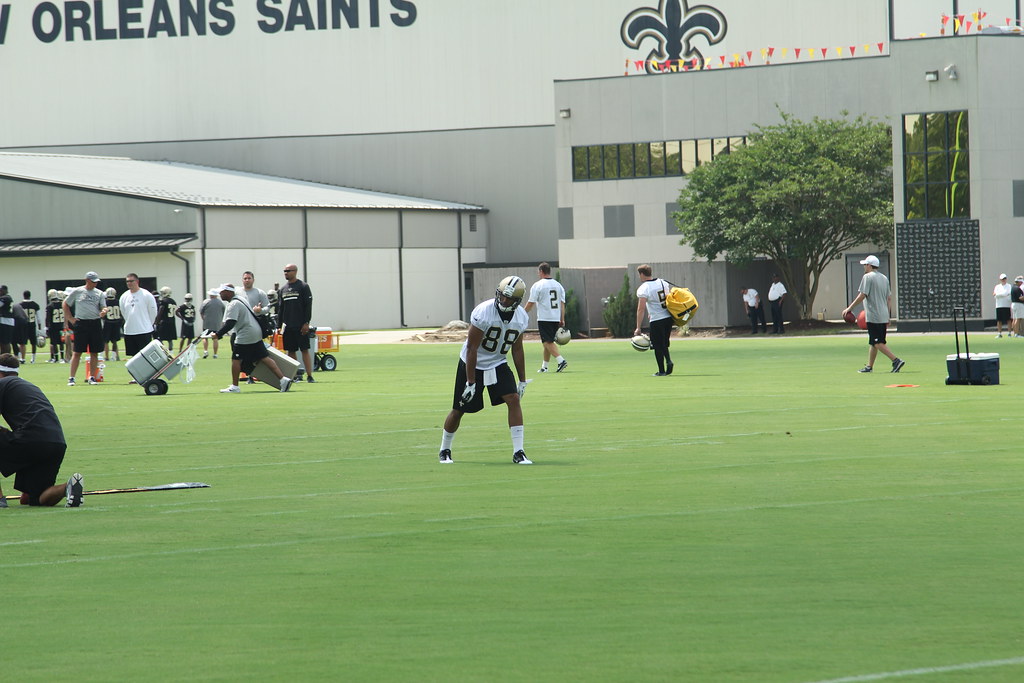 The Saints Should Keep a WR Draft Prospect in Lousiana

The New Orleans Saints are currently in a situation where cap casualties will likely have to take place.  With this said, they will be looking for cheap replacements to the WR position, as it is one of the bigger needs the team has going forward.  In this article, I will be going over the receivers that would best fit the team, while still staying under the cap crunch.

One of the younger players to be hitting free agency as a WR, Corey Davis should be considered by the Saints.  He likely will get paid right in the middle of average for his position, somewhere in the seven to ten million a year range.  His production has been stunted by a run heavy offense, where he really does not get too many targets for such a high-level receiver.

As the fifth overall pick in the 2017 NFL Draft, the Tennessee Titans clearly saw something in him worth that high of a pick.  Picking up Corey to be the Saints future WR2 if not this years would be a fantastic idea.  Davis has solid hands and creates above average separation whenever he can in plays.

What the Saints need in a receiver is mainly another option behind Michael Thomas that is reliable and effective.  Corey would easily meet those expectations no doubt.  His stats from his first four seasons look like this:

Overall, he would be a fantastic fit in the Saints offensive scheme and being coached by Sean Payton certainly would help his game.

It’s kind of ironic that I have two players in this free agent class from the same draft (2017) and only 4 picks apart.  But realistically both of them could be turned into something with the right coaching staff.  His raw speed alone should be something for a new team to work with, and the Saints may be that team.

Running an insane combine 40-yard dash time of 4.22 seconds, he clearly has the explosiveness to absolutely torch corners when he is on the field.  He did not get much playing time in his latter years with the Bengals due to injuries as well as them trying to trade him.  Playing him in the slot inside Michael Thomas and Emmanuel Sanders would be something to witness for sure.

John Ross has shown glimpses of his first round talent to date, with fantastic vision of the field and incredible ball awareness when catching.  He just has been hindered by his lower body injuries due to his slight frame that has not caught up to NFL level standards.  His stats from his first four seasons are as follows:

Realistically he may not be the best option, no doubt, and I will admit that upfront.  His injury history and tendency to drop passes hold him back heavily.  However, his ceiling as a player is off the charts, and there is a good chance the Saints coaching staff could tap into that.  Giving whoever the future Saints QB is a reliable deep threat (provided he can be trained back up) would be a great addition.

To wrap up the list, we have an in state candidate in Terrace Marshall Jr.  A player projected to fall into the late first round of the NFL Draft this year, he would be prime for a Saints pick at 28.  As a WR3 to Ja’Marr Chase and Justin Jefferson in 2019, he learned quite a bit about being a receiver in that time span.

When it came time to shine in 2020, he was ready, with Chase out due to opting out and Jefferson in the NFL, he had the spotlight.  In the seven games he played total, he ended up averaging over 100 receiving yards per game.  Due to playing with two other elite receivers prior to this, he can play very well in the slot as well as lining up outside.

In terms of a fit with New Orleans, he would be an insane WR2 to compliment Michael Thomas, and potentially could take over WR1 if Thomas cannot come back from his injuries,  Marshall has essentially every part of his game figured out, and should translate to the NFL level exceptionally well like his counterpart Jefferson.  This would also keep him nearby to his current college, as he would remain within Louisiana to keep playing football.