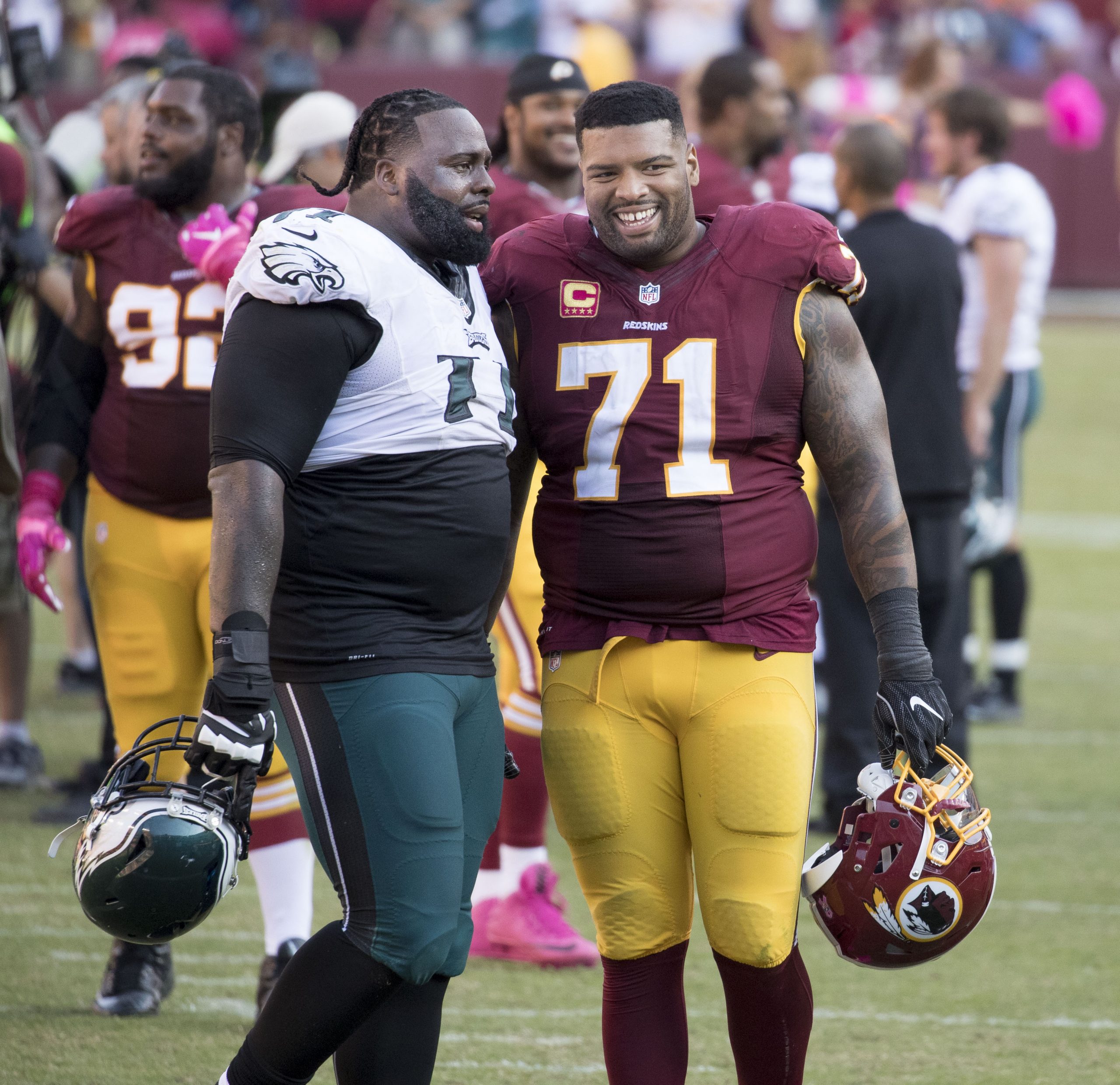 Which Three Teams Are Best Fits for Trent Williams?

One of the intriguing free agents this off-season is left ackle Trent Williams. Williams spent the 2020 season with the San Francisco 49ers. Prior to that, he had been a mainstay with the Washington Redskins.

Williams was the fourth overall pick in the 2010 NFL Draft and looked like a lock to be a member of Washington’s organization for his entire career. However, he held out in 2019 due to contractual issues and personal grievances around a major medical issue. He was traded to the 49ers during the 2020 NFL Draft weekend.

While almost every team in the league would love to add a premier left tackle who has been named to eight Pro Bowls, in this article we are only going to discuss three teams who make the most sense. Williams is going to be 33 by the start of next season and seemingly he wants to be a part of a winning organization.

As mentioned earlier, Williams spent 2020 with the 49ers and had a very good season. Sometimes the best way to get a player to sign with you is by trading for him a year before he hits free agency. This is a strategy that many teams in all sports use and it makes sense for the 49ers and Williams.

When Williams started his career in Washington his offensive coordinator was current 49ers head coach Kyle Shanahan. Being reunited with Shanahan has led to Williams playing at a high level again. This is not a coincidence!

Additionally, while the 49ers were 6 ”“ 10 in 2020, they had some of the worst injury luck across the entire NFL. In back-to-back games at MetLife Stadium against the New York Jets and New York Giants, the 49ers lost quarterback Jimmy Garoppolo, star defensive end Nick Bosa and running back Raheem Mostert, amongst others.

There have been rumblings of the 49ers looking to move on from Garoppolo. Whether they can upgrade at quarterback or not, bringing back Williams at left tackle helps bolster the line.

In 2019, before Williams joined the 49ers, the 49ers played the Kansas City Chiefs in Super Bowl LIV. While this is mostly forgotten now, but San Francisco was still holding onto a 20 ”“ 17 lead late in the fourth quarter. The 49ers had a chance and Jimmy Garoppolo led them to that point.

The 49ers are a lot closer to being a contender than it may seem and if they can get Williams to return it can help catapult them back to the top of the division.

The Seahawks will be linked to all offensive linemen this off-season. This is the second article I’ve written about offensive linemen, the first was about Brandon Scherff, and Seattle was one of the teams mentioned for him as well.

One of the main reasons that offensive linemen are linked to Seattle is because quarterback Russell Wilson went on the Dan Patrick Show and discussed the lack of protection he has gotten. While not in a great spot with the cap, the Seahawks currently have about $14.5 million to spend. They will need more than that to nab Williams and fill out the rest of the roster.

The Seahawks have four offensive linemen on their roster currently so expect to see multiple moves on the offensive line. While it is highly unlikely that both Williams and Scherff will be signed by the Seahawks, it is safe to say that one of them would go a long way in keeping Wilson happy.

Two important things happened with the Colts this off-season that makes a move for Williams makes sense. The first is the retirement of former tackle Anthony Castonzo earlier this off-season. The second is the trade with the Philadelphia Eagles for quarterback Carson Wentz.

Castonzo was a first-round pick for the Colts in 2011. He played his entire career for the Colts. In December of 2020 he had surgery on his ankle and on January 12, 2021, he retired. While Castonzo was good, Williams would still be an upgrade.

He was tied for the league lead with 15 interceptions and was sacked 50 times, which also led the league. Suffice to say, it is hard to be productive when you are getting sacked as often as Wentz was.

With joining the Colts, many have lauded the relationship between Wentz and Colts head coach Frank Reich. What people are not talking about is that the Colts’ offensive line is better than the Eagles’. Adding Williams will make them even better.

With the speculation in this article, there one important point that needs to be made. We do not know what Trent Williams’ “Why?” is.

Let me explain: we can play connect the dots and point out reasons why some teams make sense and the three above do that. However, there are other factors that could be going into Williams’ decision.

As an example, if he is looking to stick it to Washington for how they treated him at the end of his time there, he might be inclined to sign with one of Washington’s NFC East rivals. If he’s just looking to make as much money as possible, then the Jacksonville Jaguars and the New York Jets come into play. However, if he wants to win, the three teams mentioned above give him a great chance at that.