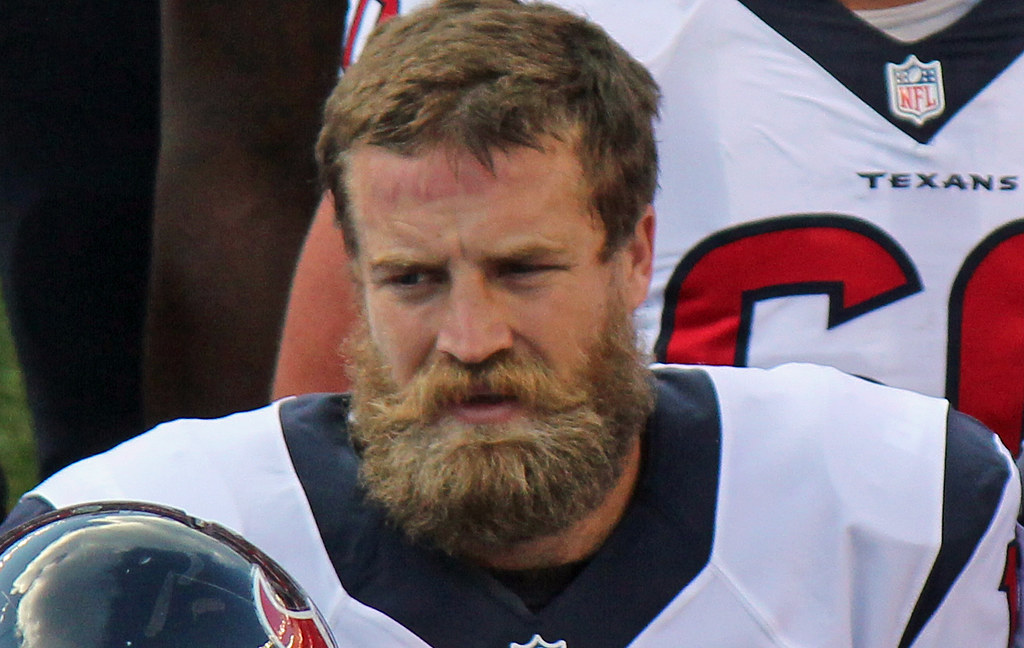 "Ryan Fitzpatrick" by Jeffrey Beall is licensed under CC BY-SA 2.0

If Not Tua, Then Who?

Will Miami trade for Watson?

Given their abundance of draft capital and salary cap space, the Miami Dolphins have been a popular topic during the early parts of the NFL Off-season. Recent reports of them targeting a trade for Houston QB Deshaun Watson could mean that they are considering options at QB outside of Tua Tagovailoa, after his underwhelming rookie season.  While we continue to see daily trade rumors surrounding Watson, the Texans remain firm that Watson is not available for trade and they intend to move forward with him in Houston.

Falling out with FitzMagic

If Watson isn’t on the table, Miami needs to look elsewhere for additional QB competition that can replace Ryan Fitzpatrick.  Fitzpatrick is set to become a free agent and it’s unlikely he returns to Miami after he appeared to be surprised by his mid-season benching back in October.  Despite putting up good numbers over the first six weeks (255 yds/game, 70% completion rate, 10-7 TD/INT), Fitzpatrick was pulled for Tua in the 4th quarter of their Week 6 matchup against the Jets.  During the postgame interview, he admitted to reporters that the move caught him off guard and even went on to say that it hurt his heart once Tua was announced as the starter going forward.

Even if the Dolphins decide to officially hand over the franchise to Tua, they will certainly need to find another viable option for the QB room.  Here are three available veterans that could come in and serve as a solid backup, if not outright compete for the starting role with Tua:

To begin the 2020 NFL Draft, the Cincinnati Bengals decided to move on from Andy Dalton by drafting Joe Burrow first overall.  Dalton went on to sign a one-year deal with Dallas to become Dak Prescott’s backup, but ended up being thrown back into a starting role when Prescott dislocated his ankle in Week 5 and went to season-ending IR.

Dalton didn’t put up any staggering numbers as the starter, but he did post his career-best completion percentage (64.9%) and matched his lowest interception rate of 2.4%.  This shows that his decision making has improved since his earlier days in Cincy and also proves that he is still capable of being a decent Game Manager as a Quarterback.  While that wasn’t enough for a team like the Cowboys who had a poor defense, Miami could find success with a QB like Dalton.  The Dolphins had the 5th best scoring defense in 2020 and with most of their defensive starters still under contract for 2021, there is plenty of optimism they will continue to have a strong defensive team.  A solid veteran, like Dalton, could be just enough to turn them into a playoff squad next season.

There aren’t many NFL QBs that have experienced the same level of both highs and lows as Jameis Winston over the past several years.  He went from leading a high-powered Buccaneers offense with 33 TDS and 5,000+ passing yards (and of course 30 INTs) in 2019, to sitting most of the 2020 season behind Drew Brees and Taysom Hill as a backup in New Orleans.  With only 11 total pass attempts all year, it’s difficult to evaluate how much he might have developed while in the same QB room as a future Hall of Famer.

One of the major weaknesses of the 2020 Dolphins was the lack of a vertical passing attack, especially when Tua was in at QB.  Tua ranked 23rd among QBs in Intended Air Yards Per Pass Attempt (7.5).  Winston’s 10.4 IAY/PA in 2019, was the 2nd highest that during that season.  Jameis has shown no fear when it comes to slinging it downfield, which is exactly what Miami was looking for every time they replaced Tua with Ryan Fitzpatrick mid-game.  The Dolphins are expected to address the WR position early in the rookie draft and/or with a top-tier free agent, so they will need a QB that’s able to stretch the field for them to reach their full potential.

Once Marcus Mariota was benched by Tennessee for Ryan Tannehill back in 2019, many expected his NFL career to be finished.  The Las Vegas Raiders picked him up last off-season to backup Derek Carr.  Despite training camp buzz that suggested he would compete with Carr for the starting job, he ended up sitting behind him for most of the season.

Mariota finally got his chance in Week 15, after Derek Carr left the game early due to injury.  Marcus did not disappoint, completing 17 of 28 passes for 226 yards and a touchdown.  He also scored a rushing touchdown and added 88 yards on the ground.  This was against a respectable Chargers defense that allowed the 9th fewest passing yards on the season.  Mariota is not a free agent for 2021, but he can be cut without penalty.  There has been speculation that Las Vegas is looking to extend Carr and release Mariota to save over $10 million in cap space. Miami could be a great spot for him to revive his career.