Three Offensive Lineman The Packers Should Target in Free Agency 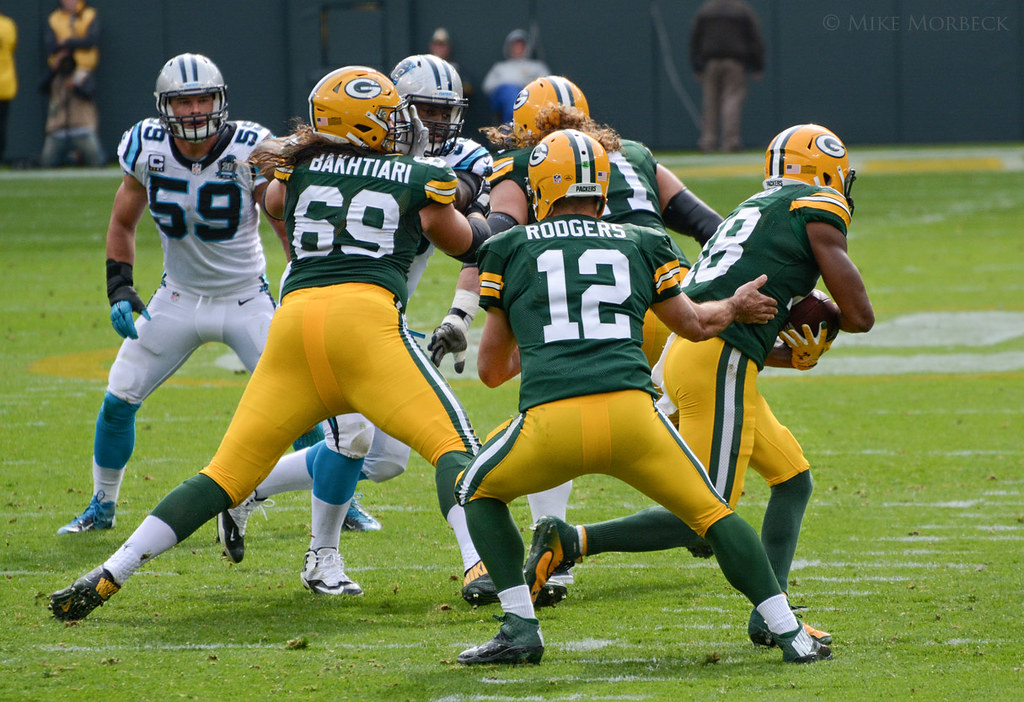 Who Will Protect Aaron Rodgers?

The Green Bay Packers offensive line was the one of the best in the entire NFL last season. Anchored by All-Pro’s David Bakhtiari and Corey Linsley, the Packers O-line overcame a mountain of injuries and adversity to excel in 2020 despite players shifting positions on a regular basis.

The Packers had a total of eight different players play on the offensive line last season. Week 1 starter and upcoming free agent Lane Taylor suffered a torn ACL on opening day while All-Pro’s Linsley and Bakhtiari both missed significant time, with the latter suffering a season-ending ACL injury prior to the start of the playoffs.

So what’s the cost of success?

The Packers offensive line will not be the same come the 2021 season. Rick Wagner was released last Friday to clear up additional cap space while Corey Linsley is likely to find a new home in free agency.

Salary cap issues will therefore determine the entire outlook of the team’s free agency plans. Chief among those will be the need to add depth to the current offensive line. With Bakhtiari recovering from injury, Linsley and Taylor set to hit free agency and Turner rumored to be another player potentially being cut, the Packers certainly have some questions to answer among the offensive line group. General manager Brian Gutekunst must address this issue in free agency and add some cheaper options on the O-line to retool the Packers roster.

Here are some potential offensive lineman the Packers could realistically target in free agency.

Alex Mack would be a fun addition and would fill the void left by Corey Linsley’s departure. Mack has been an elite player for up to a decade in the NFL with the Browns and Falcons. If he decides to leave money on the table in free agency to chase a ring, joining the Packers makes perfect sense as it would give him one of the best chances around the NFL to finally win a Lombardi trophy.

Kelechi Osemele looked like his old dependable self in 2020 before an injury yet again ruined his season. The former second-round pick’s season ended after suffering torn tendons in both of his knees in week 5 and over the past two seasons has only managed to play eight games. His 2019 season was ended by a shoulder injury when he went against the Jets wishes and privately got surgery on his shoulder when the pain was too much to play through.

Taking on another injured riddled player could become a problem for the Packers moving forward. Green Bay already has multiple question marks on the offensive line and adding another one might not be in the best interest of the team. General manager Brian Gutekunst would therefore need to evaluate the risk vs reward before offering Osemele a contract in free agency.

The rewards would be a player who in the past has been an elite offensive lineman in the NFL (1x All-Pro, 2x Pro-Bowl) who can solidify a position on the interior of the O-line. He would be a cheaper addition for the Packers and would be able to play as either a starter or bench player whatever the role may be. Osemele could join the team on a vet minimum deal and fill the space at left guard if Jenkins had to move to center.

The risk would obviously be his injury history. If Osemele could stay healthy he would be a valuable addition for the Packers. The 6 foot 5 guard didn’t allow a sack last season and was an outstanding lead blocker for the Chiefs in their zone running scheme. If he could bring these attributes to Green Bay he would be an excellent pickup for the team at a very affordable price.

Why not go from protecting one all-time great quarterback to another? Nick Easton to Green Bay would make a ton of sense for both sides. Easton is still young at 28 years of age and would be another cheap addition to the interior of the Packers offensive line.

The former Saint managed to play 562 snaps a season ago while filling in at multiple positions along with the interior of the offensive line. He played at an average level during his nine starts,

Giving up 2 sacks, 18 pressures, and three penalties while starting at right guard and filling in for the injured Andrus Peat at left guard. Pro Football Focus gave Easton an overall grade just shy of 60 which is considered an average score based on the site’s metrics.

Easton ended the season on IR after suffering a concussion in week 14 and will be in no hurry to sign a new contract. When he does, Easton should certainly consider signing with the Packers. He would be a solid replacement player on the interior of the offensive line and is comfortable playing at both guard spots and center. The added depth he provides benefits the Packers significantly with the availability of Bakhtiari unknown and the return of Linsley and Taylor up in the air.

Kelvin Beachum enjoyed a standout 2020 season with the Cardinals after finally escaping the dumpster fire that is the New York Jets. The nine-year pro started in all 16 of the Cardinals games and never missed an offensive snap. He allowed 3 sacks and 25 pressures during the season and only committed 5 penalties.

Beachum’s strength as an NFL starting tackle is certainly his pass protection. His 6 foot 3, 303 pound frame allows him to withstand opposing edge rushers while maintaining his centre of gravity. Beachum is an anchor on the offensive line and can be a valuable asset specifically in pass protection. Pro Football Focus gave Beachum an overall grade of 69.0 which is an above average score for a starting offensive tackle in the NFL.

Beachum would be a great plug-and-play addition for the Packers. He would be able to fill a number of roles, whether it be as a starter at left tackle if Bakhtiari Is still injured or a starter at right tackle. If he was to start as RT it would allow Turner to move back inside to guard and potentially allow either Patrick or Jenkins to slide over to the center. With reports stating that Linsley is unlikely to return, adding a player with Beachum’s experience and resume is critical for the Packers this off-season.