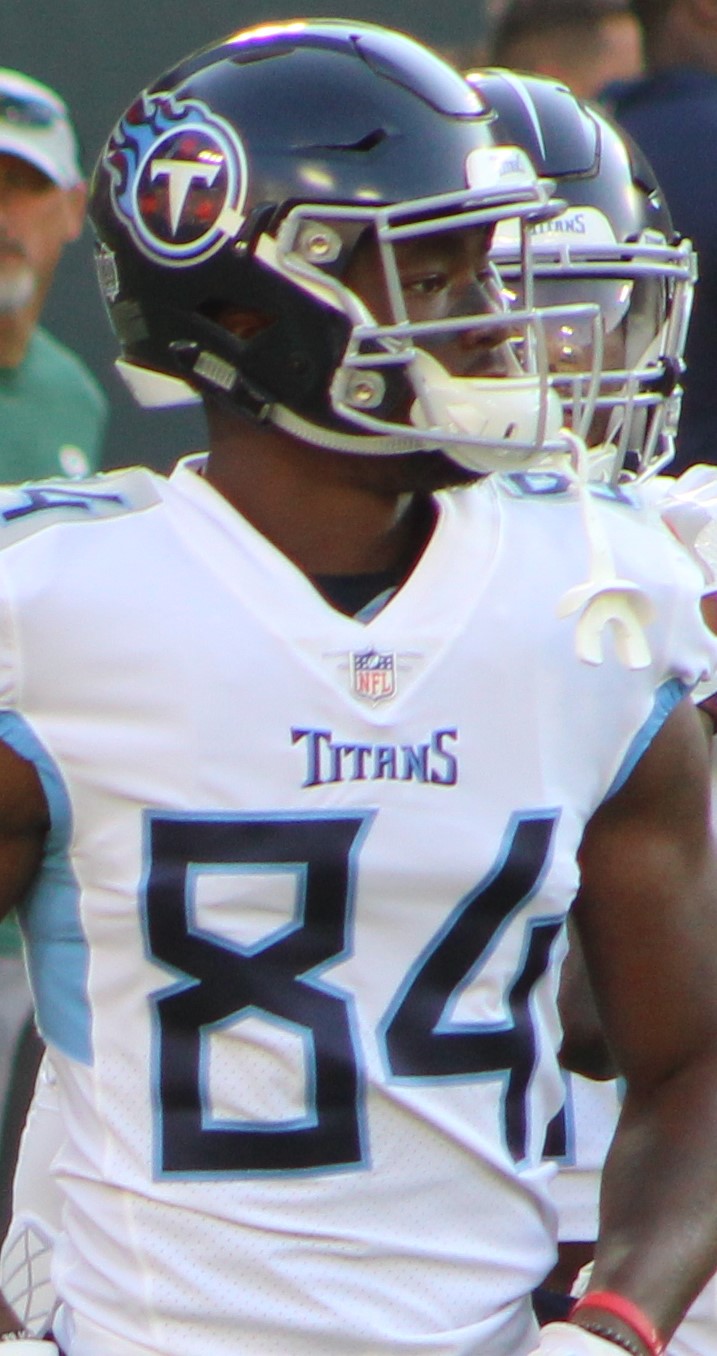 The Tennessee Titans No. Two wide receiver Corey Davis is due to be a free agent in the upcoming NFL free agency period. It’s unclear if the Titans plan to place a franchise tag on the WR with career highs in yards (984) and receiving touchdowns (5) in 2020, but there seems to be a very real chance that the once Top 10 pick with no 1,000-yard seasons to his resume lands elsewhere.

If the Titans do opt to keep Davis on the franchise tag, it would be a whopping $17.9 million one-year deal for Davis. Nate Davis of USA Today recommends the Titans to slab Davis with the tag. Davis states that Corey Davis is crucial in helping Derrick Henry garner less loaded boxes and he writes how the WR tag would be $17.9 million compared to the $10.6 million for the tight end Jonnu Smith.

It may be wise to keep a talent like Davis even if they are overpaying him in a franchise tag view because the Titans are Super Bowl contenders and they have the other weapons in place (QB, RB, WR) to dominate the field. Yet, if the Titans don’t see a long-term future with their “No. Two WR”, it may be wise to target a WR complement to AJ Brown in free agency — a WR that could put up 500-700+ yards for a much cheaper deal. After all, the Titans do need to address their 28th ranked defense in YPG allowed with their money, as well.

With that being exonerated, where will the modest WR land? Will he likely head back to the Titans? Or perhaps, Davis will not receive the franchise tag and he will opt to break the bank elsehwere? I’m going to untwine the upmost realistic landing spots.

The Jacksonville Jaguars would be one of the most logical landing spots for Davis’s services. Jaguars boast the most cap space across the NFL ($82 million) and they have three WRs lined up to be free agents (Keelan Cole, Chris Conley, and Dede Westbrook).

Acquiring a quality WR for “Trevor Lawrence” this offseason has to be one of their highest priorities. When looking at the attractive options in the WR market, this is how it follows:

I believe Davis would be the top talent/risk/long-term addition for the Jaguars to sign in their rebuilding process with the Clemson signal-caller under the helm.

The New York Giants are razor-thin for talent at the WR position. The leading wideout in 2020 was Darius Slayton with 751 yards.

Young talented QBs like Josh Allen and Kyler Murray have their elite toys, but Daniel Jones is left standing with porous weaponry at his disposal. On the very near outlook, it doesn’t look any brighter. The slot WR Golden Tate is a free agent and it’s likely he won’t be returning to the Big Apple.

The Giants need to make a splash move at WR. And it’s been long overdue since Odell Beckham Jr. left the building.

According to Ed Valentine of SB Nation, Davis would be a logical target for New York, too. Ed states how Jason Garrett needs that big body WR on the perimeter and Davis could be that guy.

Davis would provide that reliability on the outside and allow the slot weapons like Sterling Shepard to play excel more in their roles. Davis would formulate a very underrated trio with Danny Dimes and Saquon Barkley for years to come.

It may be tempting to put the Titans on the list, but I really don’t foresee Davis going back on the franchise tag. I believe he hasn’t done just enough as a No. two WR option and their defense needs serious attention in the AFC. Derrick Henry won the Offensive Player of The Year and he made their team/”defense” look better than they are.

An attractive location for Davis would be in Sin City. The Las Vegas Raiders have a question mark (again) at the WR position amid a talented supporting cast. Henry Ruggs was drafted 12th overall last year, but he only registered 452 yards and two touchdowns. Meanwhile, the leading “WR” Nelson Agholor with 896 yards is an approaching free agent.

WR Tyrell Williams was just released from the team and and WR Zay Jones is a free agent, as well. The Raiders are aching at the WR positon — a year after loading up on wideouts.

JuJu Smith Schuster as been rumored as a fit in Las Vegas and I could see that potentially playing out. But, I believe the bigger name JuJu Smith Schuster will land a heftier contract (Jets?) for another team and that would leave the more physical 6’3 WR in Davis to fall in Gruden’s hands.