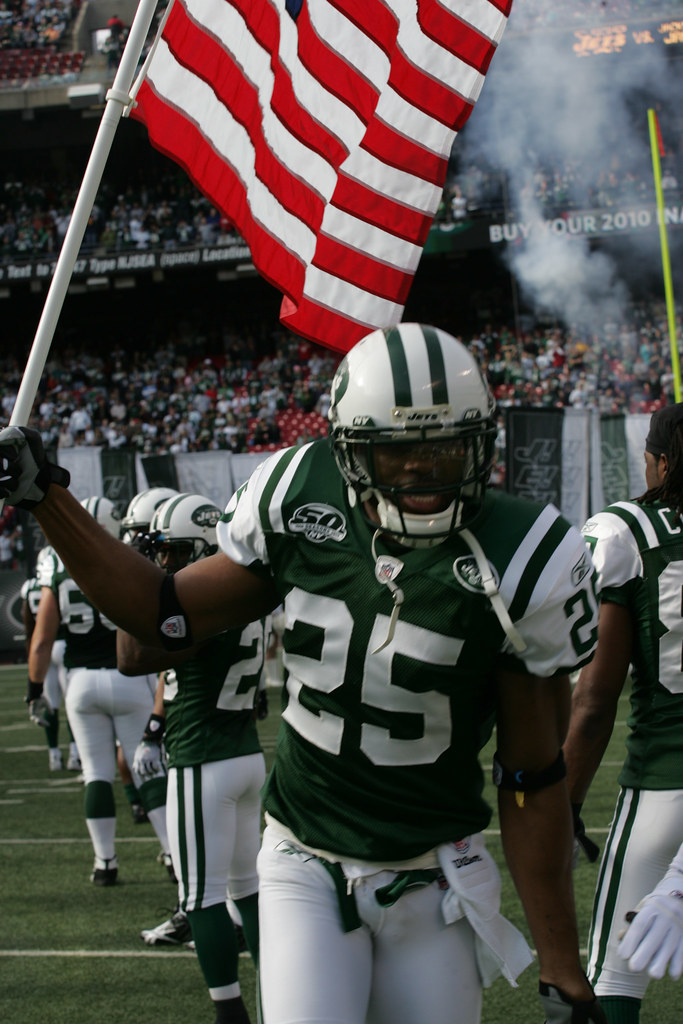 "New York Jets vs Jacksonville Jaguars Military Ceremony" by NYCMarines is licensed under CC BY 2.0

Who Should Robert Saleh Bring Back?

The New York Jets enter a 2021 offseason much distinct from any offseason in the years past. Adam Gase is gone as we all know, which leaves new head coach Robert Saleh with a porous roster to turn around.

The key for igniting a great start in the offseason doesn’t lie in the draft, nor does it rest in free agency. If the Jets want to get off to a fresh and rejuvenated start, they need to identify who’s staying on board and who’s abandoning the ship.

The Jets have 25 players facing the free agency period, while 10 of the profiles carried a contract over $1 million last year. Theoretically, from looking at the notable contributors last year, all such players made over $1 million dollars. With that being said, where could the key contributors from 2020 be off to in 2021? Let’s dive right in and unveil whether they will likely stick around or leave.

What’s the verdict? Leave or Stay

There are lots of rumors around Perriman landing with MANY different teams, but he may not be the bargain signee elsewhere. According to Radio.com, Perriman said “hell yeah” when asked about the possibility of staying in New York.

Perriman was second on the team in receiving yards with 505 yards. Even though Denzel Mims has huge expectations and Jamison Crowder should be in NY next year, Perriman is a vital chess piece in his deep threat role. Especially with uncertainty at the QB spot and how Perriman has performed of late regardless, it would make sense to come to terms with a player that has mutual interest.

The 28-year-old slot corner performed as one of the top Jets in 2020, but that may not help the Jets past last year. Poole will likely cash in for a team and it would make sense for the rebuilding Jets to allow a lesser talent that broke out at 29 years old to walk.

Poole had two ints and he’s had three in a season before, but it was impressive that Poole performed as he did in just nine games last year. Poole also plays in the secondary alongside Maye, who may be a key candidate to stay for Saleh.

The 31 year old strong safety was riding off a one year $4.5 million deal in 2020. Given his performance for the new outlook in New York, it would be best for him to move on.

McDougald had 0 interceptions for just the second time in his career and he played in only seven games last year. Expect the Jets to take a new direction with a better player at a younger age.

Jordan Jenkins was one of the Gregg Williams guys, which was a strong factor in his decision to return to New York last year. To make matters worse, Jenkins only unraveled two sacks in 2020 – down from eight in 2019.

Coach Saleh will target a better pass rusher, but more particularly one that fits his scheme. The new 4-3 scheme will not be one of Jenkins’s taste. Expect Jenkins to look to revive his career elsewhere.

As good as Neville Hewitt was in 2020, his versatile self may not be the right leader for Saleh. He impressed with 134 combined tackles and two sacks, but the Jets may opt to not pay him his market value. Plus, CJ Mosley is a better option and he will be back.

The Jets will look to start new and they need to build from the inside out. Saleh will look to acquire a LB of his taste. Kwon Alexander may have a reunion in NYJ as a bridge player so they could target a LB early in the draft.

This is a slam dunk “keep” for the New York Jets. According to Pro Football Rumors, the Jets are expected to franchise tag Marcus Maye.

Maye did a phenomenal job of filling in for Adams at the safety/utility knife position for the Jets. Coach Williams said that Adams would be bored up in Seattle (not true), but he showed how much he loves using safeties with Maye. Maye had not only two interceptions, but two sacks, and 88 combined tackles.

The Jets appear to be keeping Sam Darnold during the near future at least, so that destroys any slim chance Flacco has of keeping his job. Even if the Jets weren’t guaranteed to pick up a QB, Flacco didn’t show enough to keep his job beyond 2020.

Flacco took care of the football, but his completion percentage was a mere 55%. He only had 6-3 of a touchdown-interception ratio, too. The Jets should look to take a QB like Wilson/Field, or a QB that could outdo their 2020 showcase.

Frank Gore is a legend and there’s teams that want to be a part of his ageless legacy, but it likely won’t be the Jets. The Jets need to fix their QB-RB situation from last year. Gore was a solid ball carrier given their offensive line, but he’s far from a long term answer. Could he come back in June? Maybe.

I believe Gore was more of a Gase guy that resembles the tough attitude, but he’s not a great mix for the Jets new look offense and direction.

Matthias Farley was a special teams captain and he provides depth at safety. Especially if McDougal leaves, it would be smart to keep Farley for depth at safety, along with his value in the ST unit. A fair price should be in play, too.

Patrick Onwuasor missed 2020 from injuries, so it’s a bit unfortunate outlook. I could see Hewitt breaking the bak elsewhere and Onwuasor taking a prove-it deal in the Big Apple. This would be a smart move for LB depth and he still showed out in 2019 with the 3 sack, 64 tackles for Baltimore.