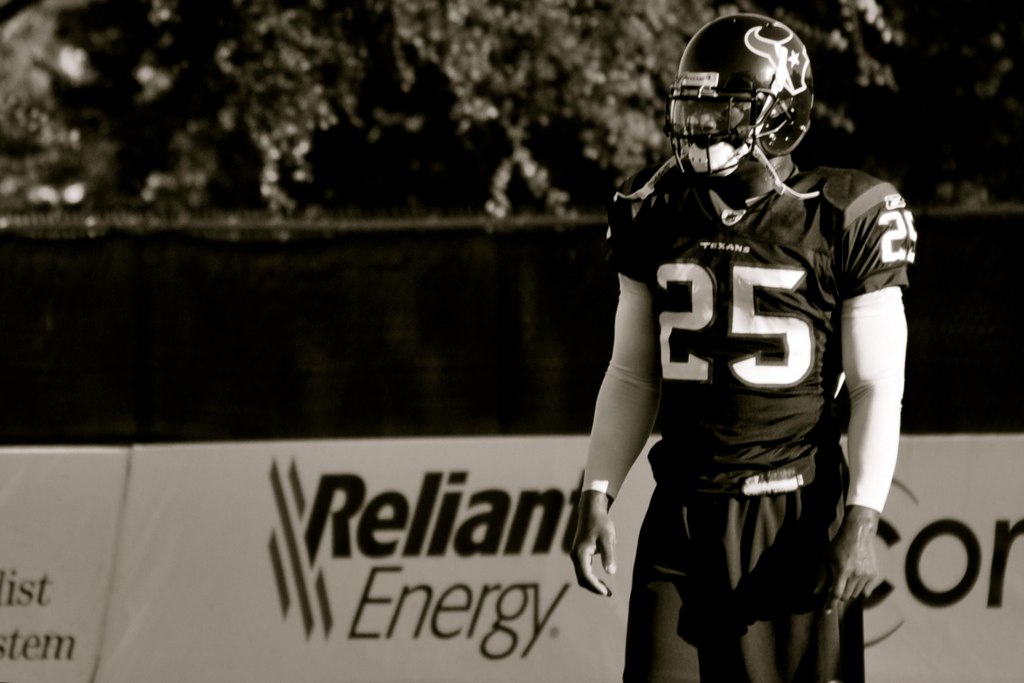 Where Will the Hard-Hitting Strong Safety Play Next Fall?

With free agency rapidly approaching in less than two weeks, one thing for certain is that this is a great off-season to find help for your secondary. This upcoming free agent group of safeties is a great one, and a few of these guys may be exactly what some teams need to help turn their teams from good to great for next season. Anthony Harris from Minnesota and Justin Simmons from Denver may be the two biggest names available in a few weeks, but Strong Safety Kareem Jackson is right there with them.

Turning 33 years old on April 10th, the veteran out of Alabama has plenty of gas left in the tank to improve a teams defense for next Fall and beyond. In 2020, the impressive safety was able to turn in one of his best seasons in his career. Jackson finished the season with 89 combined tackles (77 solo), four passes defensed, and one sack. When all was said and done, the strong safety finished the season as the 7th best among all safeties.

Now I mentioned above that Justin Simmons may be the biggest household name available at the safety position, but it shows you how impressive Jackson is in his own right to finish the season ranked ahead of the Pro Bowl free safety. It’s crazy to see that Denver had potentially the best safety duo in the league in 2020, but unfortunately money will be why they are unable to keep both players. While expecting Kareem to be a cap casualty with his $12.9 million cap hit, let’s look ahead to see where the should have been pro bowler ends up.

This take has a lot to do with the fact that the Jags have the most cap space available to spend this off-season and a desire to start winning now. With over $82 million available, it wouldn’t surprise me to see Jacksonville show some interest in the stud safety. After finishing the 2020 campaign with the 30th ranked secondary, there’s a lot to be desired with this unit.

Though it may not be ideal to sign a soon to be 33 year old safety while in the early stages of a rebuild, I don’t believe that Urban Meyer anticipates it taking long for his Jags to challenge for a playoff spot. They have 12 picks in this years draft that are expected to be highlighted by the highly touted Quarterback, Trevor Lawrence.

With the most salary to spend, a bottom three secondary, and a new head coach and quarterback wanting to turn the franchise around, it makes a lot of sense for the Jags to bring in the veteran safety. Jackson would bring leadership and experience to their locker room, and would instantly be one of their best defensive players. I’m not sure that this is his best spot to win a Super Bowl, but it’s one of his best chances to get paid.

If Kareem Jackson misses the state of Texas, then the Cowboys give him a viable option to return to the state where his NFL career started. Even though he was drafted by the Texans, the strong safety would be a perfect addition for the Boys and their horrible secondary. The 29th ranked unit in 2020 needs a major upgrade, and they have the funds to get this done.

The Cowboys have about $19.4 million available to spend this off-season, and it’s safe (see what I did there?) to say that no one knows how they are going to spend it. If they were smart though, they would use it to sign the hard hitting safety to help their secondary that gave up 16 touchdowns of 15 plus yards in 2020. This was the third worst in the NFL last season, and it shows how bad this unit was against the deep ball.

With Dak Prescott expected to be back and putting the Cowboys in a position to challenge for a playoff spot, they will have to sure up their secondary to prevent shootouts every week. There’s no doubt that Dem Boys will be in plenty of clsoe games, but adding the tackling machine gives them a much better chance at winning the NFC East next season. I mean, adding a guy who can make open field tackles like this is definitely beneficial for your team.

With the Cards signing J.J. Watt earlier this week, their cap space definitely took a big hit. However, this move shows us that they aren’t afraid to sign quality veteran players and that they are trying to win now. Knowing that they had one of the worst secondaries last season, adding Kareem Jackson makes a lot of sense.

One thing that I love about Jackson’s game is his ability to play both safety and corner. While in Houston, Kareem played his entire 7 years there on the outside. After signing with Denver in 2019, he transitioned to safety and found a lot success as noted above with his high grade at the position. Last season, Arizona struggled against receivers as their top two corners finished the season with coverage grades of 53.1 and 46.1, both worse than 83rd among all corners.

The all around defensive back would bring flexibility to this unit, and help tighten up things on the back end. I’m not sure if he’s going to be willing to sign for anything less than market value, but I wouldn’t be surprised if Watt reaches out to his former teammate to try and convince him to join him out in the desert.