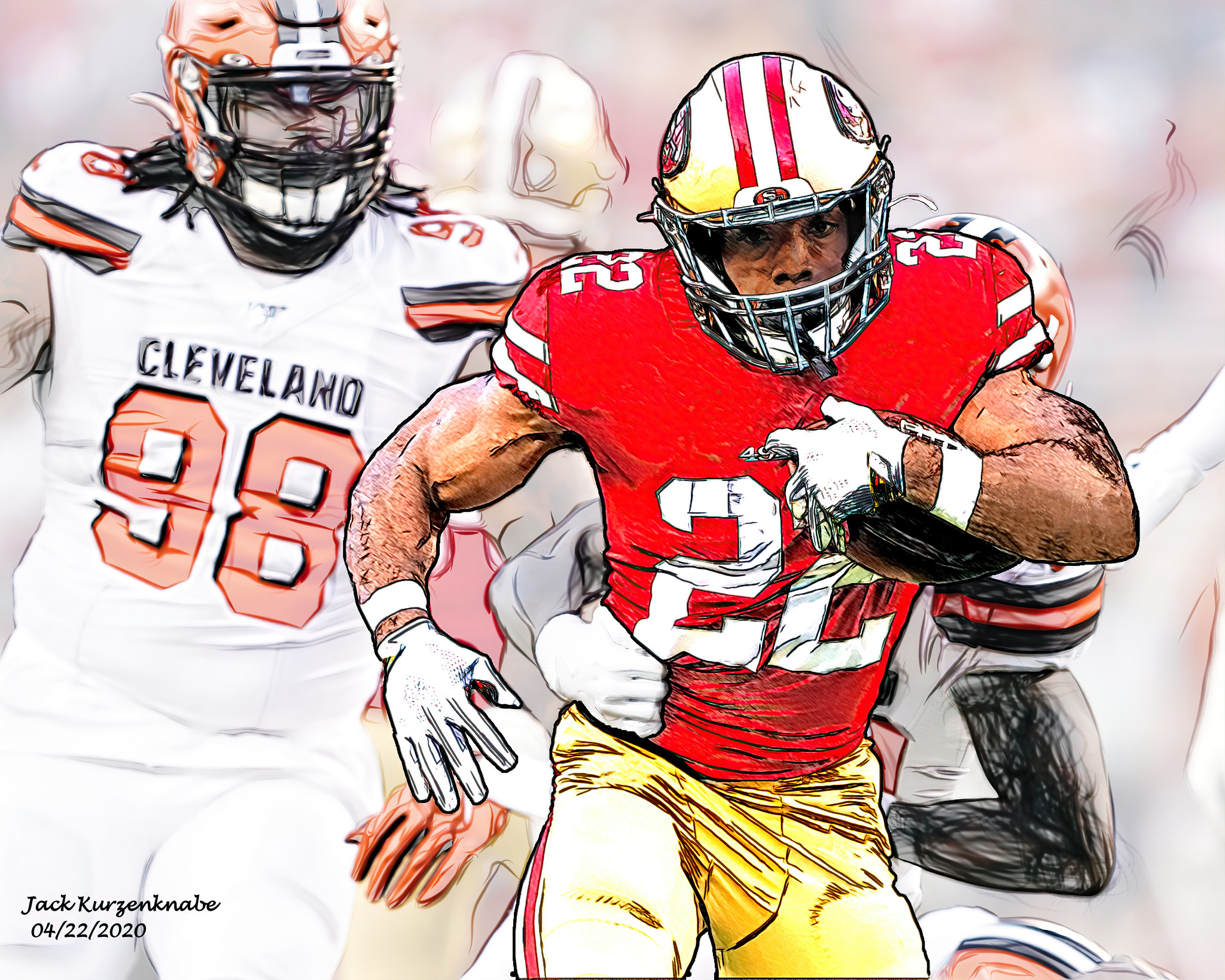 One 2021 NFL free agent that has had a strange start to his career is running back Matt Breida. The fifth year rusher out of Georgia Southern has displayed efficiency out of the backfield, averaging 4.9 yards per carry throughout his career, but he’s never really been entrusted with a starting job despite this.

Breida is also coming off his worst season statistically, after some thought he might claim the RB1 role with the Miami Dolphins. The Fins had traded a fifth round pick for the former San Francisco 49ers back, but both he and veteran Jordan Howard lost out to second-year pro Myles Gaskin to start the season, and then later on to undrafted rookie Salvon Ahmed after Gaskin was sidelined with an injury.

In the end, Breida finished with just 254 rushing yards on 59 carries, adding an extra 96 yards through the air. Instead of a breakout season in Miami, it was the least action that the running back had seen since entering the NFL (14 percent snap count in the 12 games he dressed).

Dolphins offensive coordinator Chan Gailey was clearly looking for a more two-dimensional player to be his lead rusher, but Gailey actually resigned after the 2020 season. Even so, it’s unlikely that Miami re-signs Breida with Gaskin and Ahmed still on the roster. Having said that, here are the three top landing spots for the Dolphins free agent.

The Seattle Seahawks have some decisions to make at running back this offseason. Chris Carson and Carlos Hyde led the backfield in carries in 2020, but both are set to become unrestricted free agents this month. Even if the Seahawks manage to bring back one of the two, they may still need reliable depth behind them. Former first round pick bust Rashaad Penny, 2020 fourth rounder DeeJay Dallas, and pass-catcher Travis Homer were all that was left on the Seattle roster until the team recently brought back Alex Collins on a desperation deal.

The Seahawks tend to employ extra horses in their RB stable every season (with injuries commonly popping up), and they always got a close look at the former NFC West rival when he was rushing for San Francisco. Even after the Collins deal, Breida could be a candidate in their price range that they snatch up to either supplement a Carson type, or help replace him in the event that they lose their current bell cow.

This is kind of out of left field, but it just makes perfect sense to me that Jon Gruden might target a player like Breida. The Las Vegas Raiders head coach is always looking to add talent to his offense, and he commonly does this by taking fliers on athletes that are looking for second chances (Nelson Agholor, Marcus Mariota, Devontae Booker, etc.).

Breida fits that mold perfectly, but he also has something else that Gruden typically loves, raw speed. We saw the same coach draft Henry Ruggs III over prospects like CeeDee Lamb, Jerry Jeudy and Justin Jefferson. The free agent running back ran a 4.38-forty as a rookie, and his greatest strengths lie in this shifty cutting and burner ability.

The aforementioned Booker and Theo Riddick are both free agents, leaving Jalen Richard as the only compliment to Josh Jacobs as of now. Breida could be a cheaper high-upside lightning to Jacobs’ thunder.

A reunion with San Francisco and Kyle Shanahan could definitely be a beneficial signing for both parties. After all, Breida ran for over 5.0 yards per carry in two out of his three seasons with the Niners, and he’s already familiar with the playbook. The issue I have is that San Fran traded him a season ago. Unless they have seller’s remorse, they probably dealt Breida for a reason.

General manager Joe Douglas knows he has to find as much talent for this New York Jets roster as possible, and Breida makes sense for a multitude of different reasons. First, the Jets running back position is a total mess. The Le’Veon Bell experiment officially ended last season, Frank Gore is unlikely to return, and there really isn’t much starting level skill on the roster right now (La’Mical Perine, Ty Johnson, Josh Adams…).

Secondly, with so many holes to fill, not every fix can be an expensive one. Breida will likely take a team-friendly contract in 2021 (maybe two years, six million?). Paired with a rookie or another free agent, this might do the trick at running back.

Finally, and this is the part I like best, Breida is actually a product of the Jets new offensive system. Mike LaFleur has joined Robert Saleh in New York (both were former Niners coordinators). It’s quite possible that they request that Douglas bring back one of “their guys” to fill a role in the backfield, similar to how Gore followed Adam Gase.