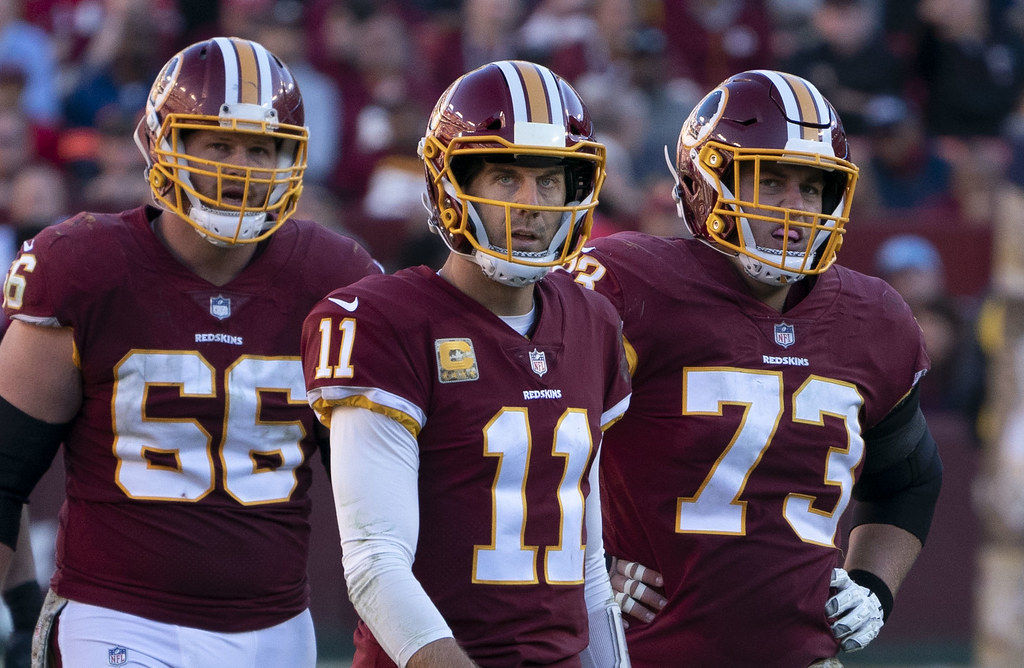 The Washington Football Team has released 2020 Comeback Player of The Year Alex Smith. Smith has one of, if not the greatest comeback story in all of sports.

If you aren’t a fan of Alex Smith’s story, you aren’t living. Even though Smith has touched all of our hearts, Washington decided that parting ways with the 36 year old was the best move for the future. Rivera’s squad saved a whopping $13.6 million for the cap by making this move.

Smith was a steady game manager for Washington and he led the team to a 5-1 record. But, he didn’t hold his ground as the starting QB. The former WFT QB threw six touchdowns, to eight interceptions. Coach Rivera will look to find a more promising and franchise QB for years to come.

With that being said, where could Smith look to compete moving forward? I don’t believe he will retire with what he’s done on and off the field last season. He’s still a sure fire No. two QB, a hero off the field, and all in all — he has a few years left in the tank.

The New York Jets seem to be leaning towards not drafting a QB with the second overall pick in the upcoming NFL Draft. According to NBC Sports, the Jets are taking calls and listening in on potential offers. Robert Saleh knows that he’s been handed a dreadful roster to overturn, so he will have to build it from the inside out, rather than throw another young QB in the fire.

Behind Sam Darnold, is Joe Flacco. Flacco is a free agent and it seems there won’t be any rush to resign him to the team. Smith could be the new veteran leader in the group, while he could have weapons to utilize and he may even push Darnold harder for the starting QB role than originally thought. The Big Apple would love Alex Smith’s presence in their city, as well — having Smith could be a great fit on/off the field.

For the Chiefs bringing Alex Smith back — It may not be the most popular signing, but it may be the most logical. The Chiefs are Super Bowl contenders and will be for at least the new few years. It’s very important that Patrick Mahomes has a quality backup that can step in for a game if he goes down.

Mahomes did in fact get injured in a crucial time during the last playoff run. Chad Henne stepped in and had to make a crucial converting fourth down throw. In 2020, Mahomes also missed a game. So, it’s very possible that the best QB in the league takes more blows and happens to miss some limited time down the stretch. It would be smart to bring the once Chiefs QB that led them to multiple playoff appearances once again — especially now that Reid knows Smith is back and healthy.

The New Orleans Saints have the biggest question mark at QB in their franchise over the past 20 years. It seems that Payton would like Jameis Winston to come back, but it may be likely that Winston gets a much better offer for a competitive team and opts to take that.

If the Saints don’t get Winston back, or even if they do resign Winston — they usually have three QBs. Well, why is that? Taysom Hill can play QB and he may even start, but his normal role is a swiss army knife. It’s important that the Saints have an in sync backup QB ready with Hill when he’s a WR/TE/RB.

Smith is more than capable of utilizing the weapons that the Saints have, plus he will have much better protection for the Saints than he had in Washington. I believe that Payton will have an answer to his franchise QB question this offseason or the next, which means Smith can ultimately be that perfect bridge QB for this upcoming season.