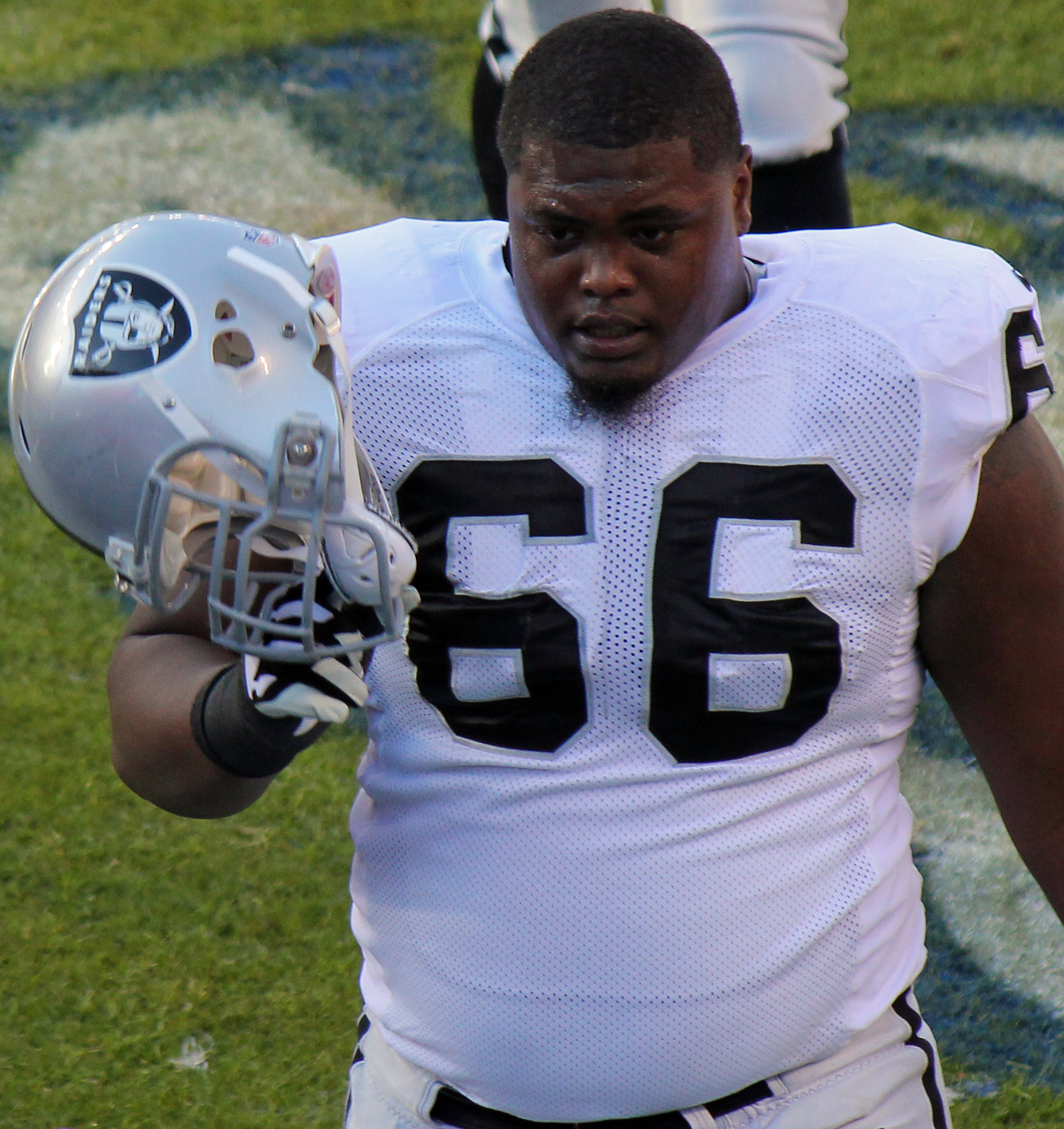 The Las Vegas Raiders are planning to cut Gabe Jackson and now they are also shopping Trent Brown. According to NBC Sports, Mayock recently stated that the “Jury is still out” on Brown sticking around, but that’s a clear indication that it’s a possibility of Brown being off the squad.

Brown has been a disappointment, in most part to his inability to stay on the field. The RT has only played in half of his games since signing with the team.

Looking ahead with the Raiders offensive line, it’s not a long-lasting glimpse of promise. Once a Top 3 offensive line, the Raiders OL will have slowly faded away. With Jackson gone, there is a glaring hole at guard. At the other guard spot, Richie Incognito is 37 years old and may not be in the building beyond 2021.

If the Raiders trade away Brown, that’s a huge need at a position that was highly invested. Outside of tackle and guard, the Raiders have arguably the top center in the league with Rodney Hudson. And of course, Kolton Miller has been a steady surprise at LT.

How will the Raiders aim to build an offensive line unit around Miller and Hudson that can help them win RIGHT NOW, but also provide security on a long term basis? I’m going to untwine candidates that could get the job done.

The versatile lineman would be the perfect fit for the Raiders. Senio Kelemete was released by the Texans in a cap saving move a week ago.

Kelemete was an ace in pass protection and a sixth lineman for the New Orleans Saints. Kelemente has earned around $4 million in the last two years combined for the Texans. The Raiders could get a great value pickup with him, while he could get starting time for a quality offense and have a chance to cash in after the year.

Signing Kelemete would allow the Raiders to not heavily invest in the OL through the draft, where they will need to focus on high end defensive talent. But, if they want to address OL in the draft — they should go at RT to find a long term player. Kelemte could be a short term answer at guard (two-three years), which is also his strong suit, then he could provide a safety net for the RT position if a young player struggles/or he just fits best in that role.

If the Raiders want to break the bank and lean on their offensive line to help them be a contender now, look no further than Brandon Scherff. Scherff is one of the best-run blockers in the NFL and all-around lineman in the league. He ousted a grade of 84.4, per PFF.

Scherff will likely seek around $15 million per season, which is well deserved. The Raiders are 21st in cap space. That may seem like a rough spot, but it could increase with a Brown trade, plus being in the middle of the pack with cap space is fine for a team aiming to win the Lombardi sooner, rather than later.

If Scherff signs with Las Vegas, they would have the best interior offensive line in the NFL. Scherff would help formulate a nice front right in front of the bruiser Josh Jacobs.

A true replacement at guard for the Raiders could be a familiar name: Kelechi Osmele. Osmele laced up the cleats for the Raiders for three years. He was a two-time Pro Bowler and even made the All-Pro team in one of the seasons.
I believe there’s a negative perception that Osmele is “washed up” or a safe pickup. According to ChiefsWire, Osmele is listed as one of the more underrated players in free agency. As we’ve seen Incognito improve his play as time went on, the 31-year-old Osmele could find himself bouncing back and “staying healthy” with his former team.