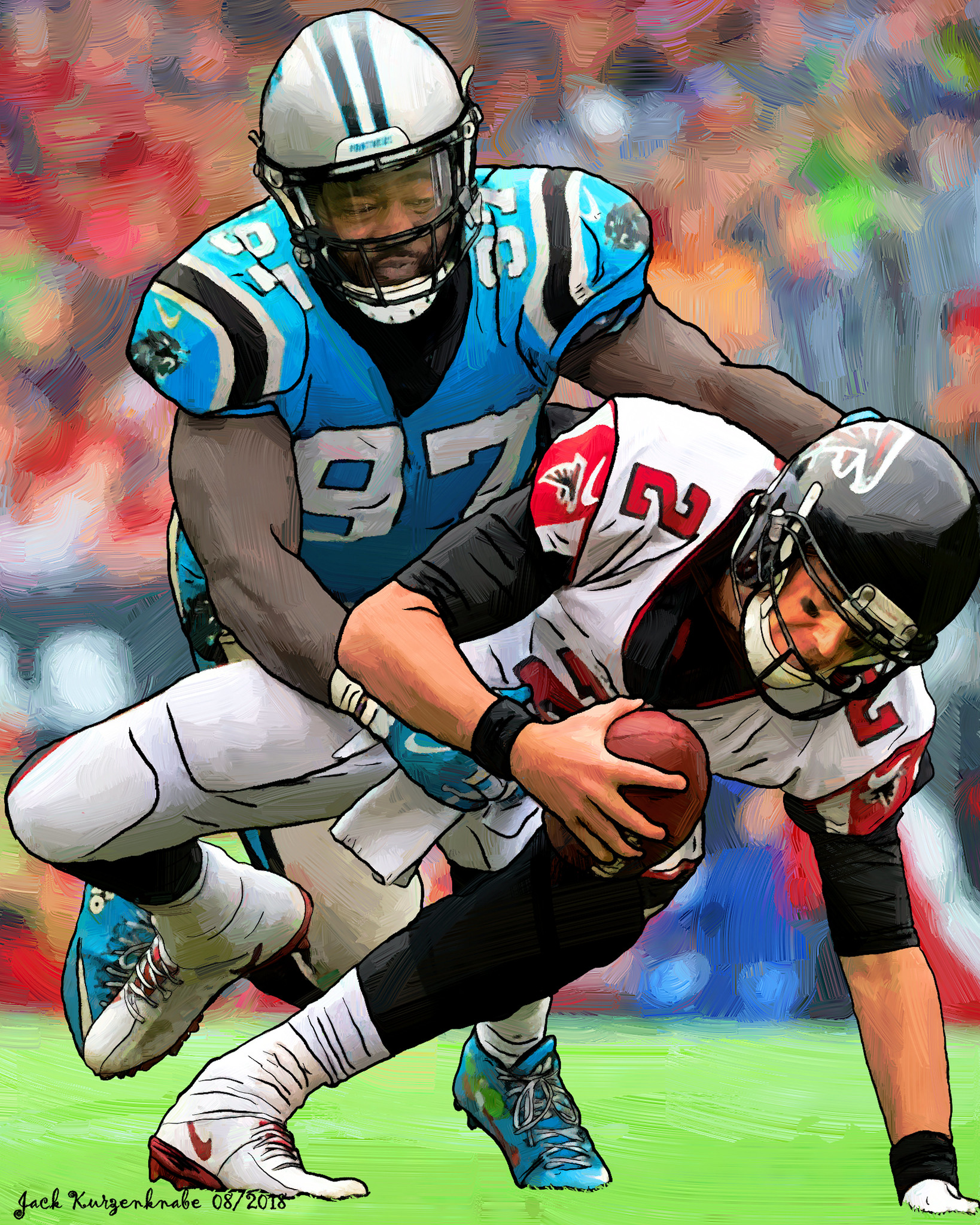 Who will the Falcons pick in the 2020 Draft?

Everyone is excited about the upcoming NFL Draft and when looking at the draft order, in many ways the draft starts at pick #4 with the Atlanta Falcons. The top two picks of Trevor Lawrence and Zach Wilson can almost be stamped in for the Jacksonville Jaguars and New York Jets.

Then comes the Atlanta Falcons with the fourth pick. There are multiple opportunities for them and depending on their thought process will depend on who they draft. GM Rich McKay has been adamant that they are in “win now” mode, but some opportunities are a shame to waste.

One way to think is, they hope to not be drafting this high again. While quarterback Matt Ryan is back and the Falcons are going all-in with him, how many years does he have left? Wouldn’t it be smart to draft his successor when you’re in a good position to do that?

The next thought would be, Matt Ryan is back and we need to make sure the team is better. The offense was good enough last season but the defense needs help. So with the fourth pick in the draft, go for a defensive stud.

The final thought would be, let’s get Matt Ryan more weapons for the offense. There are few blue chip offensive players that could step in day one and make a huge impact.

One last point, if the decide not to take a quarterback, their pick becomes very valuable for a quarterback-needy team. The Falcons might have a great opportunity to move back from the fourth pick to the eighth pick (Carolina’s) or the ninth pick (Denver’s) and would still be able to get a game changing player.

Trey Lance has the skill set and decision-making to be a top-level quarterback. He also needs time to develop. If the Falcons draft Lance, they are saying that they are preparing for the future but Matt Ryan is still their guy for the immediate future.

Lance only played 18 games in his college career, which would have some teams wary of drafting him. However, for the Falcons, this may be a perfect situation. With Matt Ryan returning, Lance can sit and learn the offense and get a large percentage of the preseason snaps so he can acclimate himself to the NFL.

Additionally, the level of talent that Lance went up against in college may not be up to par with the defenses that Trevor Lawrence of Justin Fields went up against, but the talent around him was also less, so being able to play as well as he did in college should be looked as a big plus in his favor.

Justin Fields is going to give whatever team drafts him a smart and talented quarterback, so why not have it be his hometown Atlanta Falcons. Fields flourished once he joined the Ohio State Buckeyes for the 2019 and 2020 seasons throwing for 5,373 yards with 63 touchdowns and nine interceptions.

There are two reasons why Fields would be the choice here. One is if the Falcons are impressed with Fields’ body of work and feel he would be a good fit for head coach Arthur Smith’s new offense. The other is that they really want a quarterback and the top three picks were Lawrence, Wilson and Lance.

Besides for his ability to throw the ball, Fields can run it as well. During his two years at Ohio State he averaged four yards per attempt and scored 15 touchdowns. The latter fact made him a threat to score every time the Buckeyes were in the red-zone and forced the defenses to account for him.

If either of the quarterbacks are drafted, they will have some excellent young coaches to help them excel, including head coach Arthur Smith, offensive coordinator Dave Ragone, quarterbacks coach Charles London as well as passing game specialist, T.J. Yates.

Micah Parsons is an athletic linebacker who will give new defensive coordinator Dean Pees a playmaker. Parsons would slide in as an edge rusher to give the Falcons what they didn’t get from Dante Fowler or Takk McKinley in 2020.

Unlike the quarterbacks, by picking Parsons, the Falcons are adding a player that they’d be expecting an immediate impact from. Currently, the Falcons only have three linebackers on their roster.

Parsons opted out of the 2020 season. In 2019, as a sophomore, Parsons played great. He had 109 tackles and five sacks on the season making major impacts in many games, most notably, against the best teams from the Big Ten, Ohio State, Michigan and Michigan State.

The NFL is becoming a position-less league where play-making ability and speed are becoming the boxes one needs to check. Kyle Pitts is a perfect example of this.

While he is listed as a tight end, during his time at Florida he lined up all over the field, inline, flexed in the slot and split out like a wide receiver. His 14.9 yards per catch make him a big play threat on every play.

In what amounted to a shorter college football season because of Covid-19, it is expected to see statistics for 2020 to be a bit lower than statistics from 2019. That was not the case for Pitts as in 2020 he had more yards, touchdowns and a higher yards per catch.

Also, as he is listed as a tight end, he did improve on his blocking in 2020. While he still has room to improve, he has already shown a big step in the right direction.

If Miami does trade away the third pick to a team who is drafting a quarterback, Jamarr Chase becomes an option. Chase opted out of the 2020 season and is still considered one of the best players coming out this year.

In 2019, Chase had 84 receptions for 1,780 yards and 20 touchdowns which led to winning the Biletnikoff Award, which is given to the top wide receiver in college football. He played alongside Justin Jefferson, who had a breakout season for the Minnesota Vikings in 2020. As good as Jefferson is, Chase is better.

If the Falcons draft Chase, he will join an excellent group of receivers highlighted by Julio Jones and Calvin Ridley.