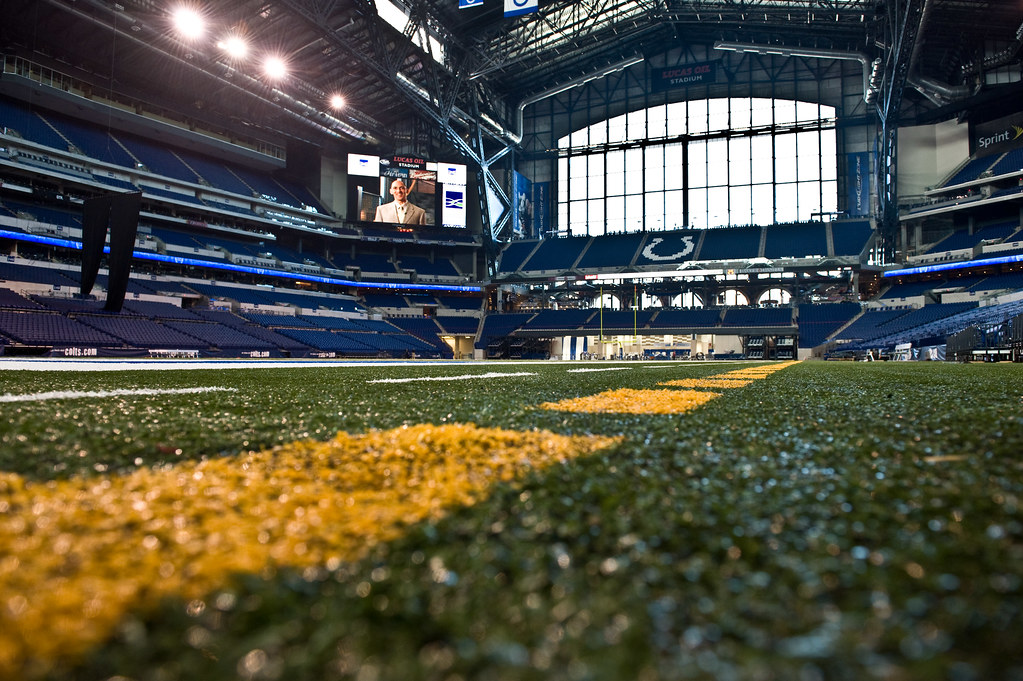 Who are some prospects that the Indianapolis Colts should scout prior to the 2021 NFL Draft?

Chris Ballard has built up a reputation in previous years as an amazing drafter.

Even in a 2019 down year, Ballard still brought in solid role players such as Parris Campbell, Bobby Okereke, and Khari Willis.

To put it simply, Ballard and his scouting department know how to find talent.

As we close in on the 2021 NFL draft, let’s look at a few names that Ballard and Co. might be interested in come draft day!

Ballard and head coach Frank Reich want two things above all else at the defensive end position: intensity and versatility.

The Wake Forest product brings both of those, as a base 4-3 end that can move inside in sub-package looks and still provide pressure. The smaller, powerful build of Basham Jr. should not scare teams off, as he brings a surprising amount of speed and acceleration for an end weighing in over 280 lbs.

While Ballard does have a history of taking defenders with longer wingspans, Basham could break this mold, as despite his relatively shorter arm length, he more than makes up for the deficiency with his desire to play football.

With defensive end near the top of the team’s priority list with 2020 starters Denico Autry (Tennessee) and Justin Houston (TBD) out of the picture, Basham would go a long way towards filling a need for a team looking to take the next step.

Let me preface this by saying that there is a decent chance Darrisaw gets drafted before the Colts are on the clock with the 21st pick. As of now, the Virginia Tech product is projected anywhere from a top 10 pick to the end of the first round.

However, if he does make his way to 21, Indy would be a perfect fit for the tackle.

Since 2011, the Indianapolis Colts relied upon left tackle Anthony Castonzo to protect the blindside of whoever happened to be under center. During this time, Castonzo was among the most underrated players in the league, providing a consistent presence up front, starting each of the 144 games he played in.

When he announced his retirement in January, the team was left with a huge hole to fill on one of the best fronts in the league. Darrisaw would fill his shoes handily.

Christian Darrisaw has started at left tackle for the Hokies since day one, and improved his play year after year, becoming the complete prospect he is today.

While the young tackle may or may not reach the level of play Indy fans had grown accustom to, he will bring a day-one starter upfront with the upside to be elite next to franchise guard Nelson.

Melifonwu checks every single box on the Ballard checklist.

The large cornerback from Syracuse seems like a match made in heaven for Ballard and Co. Sporting a great wingspan and decent speed for his size, Melifonwu would be a perfect fit in DC Matt Eberflus’ zone defense.

After a breakout 2020 campaign for the Orange and a solid Senior Bowl performance, Melifonwu’s stock is on the rise. Currently projected as a second rounder, with the potential to sneak into the late first if a team falls in love.

Though he still needs some development to reach his full potential, the young defensive back has sky-high upside as a starting outside cornerback in Indy.

Like Melifonwu, Collins fits a lot of what Ballard wants in his receivers.

With a huge frame and surprising deep speed, Collins would be a great fit in Indy alongside 2020 second rounder Michael Pittman Jr.

Oh, and he was also at the Senior Bowl (it’s a trend).

Collins opted out of the 2020 season due to Covid concerns, but a great performance at the Senior Bowl thrust his name right back into the conversation among 2021 wide receivers.

Despite missing some parts of his game that he’ll need work to develop, there is no denying the potential Collins brings. Despite being underutilized at Michigan, the receiver finished his career averaging just under 18 yards per reception, showing his deep threat potential.

Put in the right scheme and given the chance to be the best he can be, Collins could be a star in Indy if he develops the way he should. Should the team be willing to take a chance, Collins could become the steal of the draft.

With the draft closing in upon us, teams are scurrying to do some last-minute preparations and scouting. After a solid track record in the past three seasons, Ballard and Co. have their work cut out for them to continue to live up to their lofty standards.

Ballard is just the man to pull this off, though, and Colts fans shouldn’t be surprised to hear one or more of the names listed above heading to Indy in 2021.