Four Biggest Free Agency Moves for the Buccaneers So Far 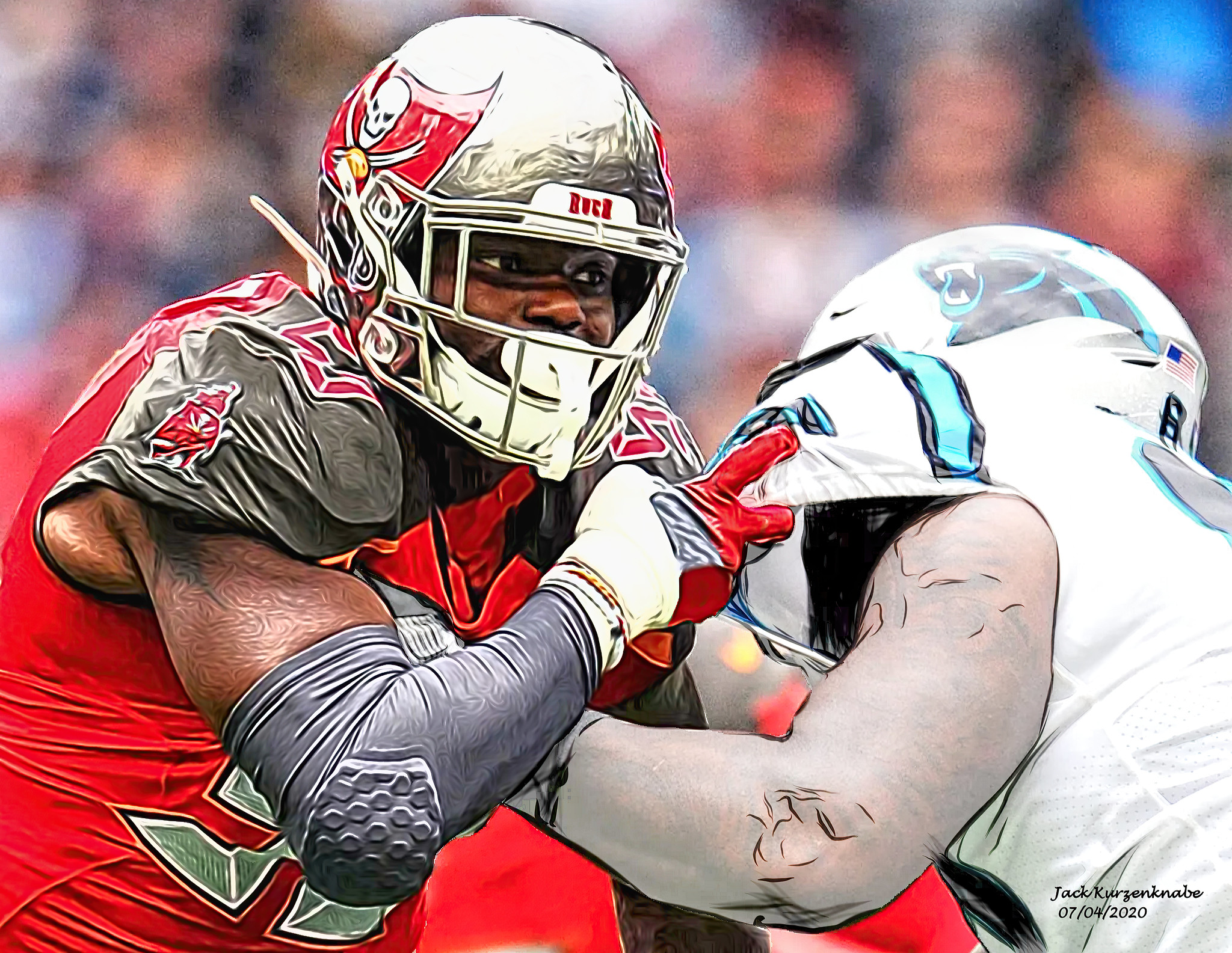 NFL free agency is officially underway, and we have already seen some huge names sign with new teams. WR Kenny Golladay is one of them, signing a four-year, $72 million deal with the Giants on Saturday. Other big names have also signed deals, and with the Golladay deal now in the books, most of the big names are now off the market.

The Tampa Bay Buccaneers have not been absent from the action. The Bucs haven’t brought in any players from other teams just yet, but they have made some important in-house signings that will greatly impact the team in the future. Here are the four most important re-signees.

The Bucs’ defense was a key factor in their 2020 Super Bowl win, and they kept one of its most important pieces by signing Barrett to a four-year, $68 million deal. Barrett was a force to be reckoned with in the pass rush last year, with eight sacks and 16 QB hits on the year.

Barrett played a pivotal role in the Super Bowl, getting one sack and four hits on Chiefs quarterback Patrick Mahomes. His impact was also felt beyond the stat sheet, as he commands so much defensive attention, allowing for other pass rushers to have an easier time getting in the backfield. Tampa Bay’s rushers will continue to have that support in 2021 and beyond, with his new contract signed. The deal, while expensive, was a good move for the Bucs, as offensive linemen will continue to feel the effects of Barrett’s presence for years to come.

The Bucs stabilized their linebackers even more with the re-signing of Lavonte David to a two-year, $25 million deal. Though David is almost 32 years old, he still played at a high level last year. He’s at his best when in pass coverage, and he showed that in 2020, with 82 solo tackles.

David and Barrett form a lethal combination at outside linebacker, as Barrett consistently threatens for sacks while David is able to smother receivers in pass coverage. David’s age is a concern for his longevity, but he hasn’t shown major signs of slowing down yet. If he can continue to play at a high level, it will help keep Tampa Bay’s defense the kind of elite force that can have a field day against inexperienced offenses.

The Buccaneers had a great defense last year, and their offense was fantastic as well. Godwin’s franchise tag means that Tom Brady will have a major weapon returning for 2021. The Bucs placed the one-year franchise tag on Godwin, so he will earn approximately $16 million in 2021 unless they agree to a long-term deal before the July 15th deadline.

Godwin was injured for some of 2020, but when he was on the field, he was great, racking up 840 yards and seven touchdowns in just 12 games. Godwin was one third of a dangerous WR trio in Tampa Bay, and he wreaked havoc alongside fellow wideouts Mike Evans and Antonio Brown. Brown is not under contract as of now, but with Evans returning for 2021, Godwin should continue to thrive in a low-pressure role without a ton of defensive attention.

The Bucs have made multiple moves to reinforce their pass-catching group, and the re-signing of Gronkowski will help their pass catchers even more. Gronkowski took a year off from football in his 2019 “retirement,” but he returned in 2020, picking up 623 yards and seven touchdowns.

Gronkowski is getting up there in age (he is 31), but he still has the ability to be a problem for defenses, as shown last year. His physical play style has gotten him into injury trouble in the past, but he stayed clear from injuries in 2020, playing in all 16 games for the first time since 2011. Gronkowski reportedly was going to consider leaving Tampa, but he re-signed almost immediately, and barring an injury, he should continue to produce in 2021.

The above signings are the four biggest for the Bucs so far this offseason, but questions still remain. A number of players still remain unsigned, including defensive tackle Ndamukong Suh, running back Leonard Fournette, and wide receiver Antonio Brown. Tampa Bay will have to decide whether to re-sign these players or let them walk in free agency, and while those situations look murky right now, things should become clearer as the offseason moves forward.