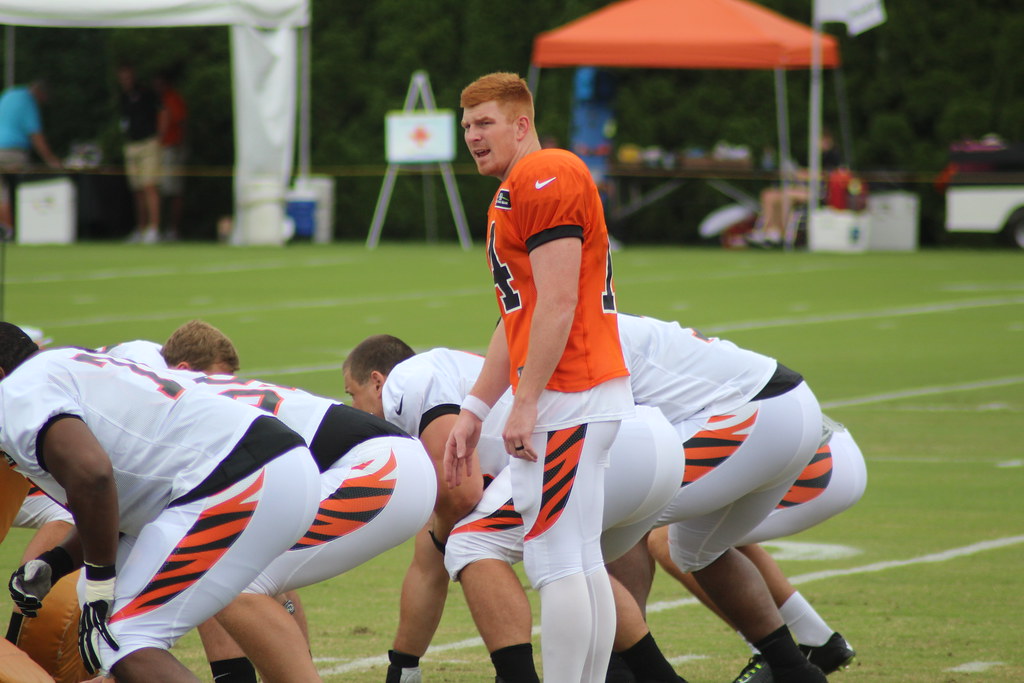 NFL free agency began with a bang last week as teams started to construct their rosters for 2021. Free agency is the first tentpole of the offseason, it precedes the draft, and fans can finally see what moves their team makes. At this time of the year, every fan is excited. It is the season of new hope. Conversely, it is also the time of year when teams make some mistakes. In their desperation, franchises may overpay for veterans or, they might make too many desperate moves. Last week saw many talking heads talk about which team made the right moves; therefore, it’s time to look at the wrong signings.

The New England Patriots splashed the cash in the first days of free agency. After missing out on the playoffs, New England is eager to rectify that in 2021. That is why the team spent big money on several players last week. A lot of those moves made sense for the Patriots, although one didn’t.

The Patriots inked wideout Nelson Agholor to a two-year $22 million deal. That is an exorbitant amount to give to a veteran receiver, specifically in a crowded market where no wideouts are getting top dollar. In comparison to Agholor, Juju Smith Schuster got a one-year $8 million contract. The Steelers pass-catcher is much better than Agholor at this stage of their careers.

Agholor shone for Las Vegas as the deep-threat on passing routes. His 2020 stat line read like this; 48 receptions, 896 yards and eight touchdowns. Going off those stats, Agholor is an inspired signing. It was the best season of his career. At 27, it felt like it came too late. Throughout his career, Agholor’s played very inconsistently. He’s only played a whole season three times in his career; moreover, Agholor is streaky. He experiences spells where he drops balls, struggles with his routes and can lose confidence.

Patriots quarterback Cam Newton is wildly inconsistent as well. The Patriots needed to sign a reliable number-one target. Agholor’s never been that in his career. Outside of deep-post routes or vertical routes, Agholor will struggle in New England. Newton’s arm is not as powerful as it was before.

Consequently, the deep-routes may not be the best plan for New England. If New England strays away from that plan, Agholor could become redundant as the Pats run the ball out of 22 personnel. Signing a streaky wideout to a big contract is overkill. New England could’ve spent the money elsewhere, especially with a loaded receiver class in the draft.

Kenny Golladay signed an eye-watering four-year $72 million contract. As other receivers got the bare minimum, Golladay received the big bag of money he desired. Intrinsically, signing Golladay is not a bad thing. On the other hand, signing him to that deal is a big mistake. The former Detroit Lion is injury-prone. He’s played one 16-game season once in his career.

Moreover, there is the glaring issue of the quarterback. Daniel Jones is still wildly inconsistent; he straddles the lines of glory and disaster like a tight-rope walker. Jones requires players that create separation from defenders. Golladay is not that player.

He excelled in Detroit due to his skill at catching contested balls; plus, he had a quarterback that could rifle the ball into tight windows. Daniel Jones doesn’t possess Matthew Stafford’s bazooka arm. Jones isn’t the player to jam a ball in a tight window on his receivers’ back shoulder. That is Golladay’s bread and butter.

Kenny Golladay is a terrific receiver; however, the Giants won’t see that with Daniel Jones. New York effectively paid Golladay $18 million in 2021 to evaluate Jones. That is like buying the most expensive training-wheels for a bike missing a wheel. No team should ever overpay a skill-positions player to make a judgment on the quarterback. That is a recipe for disaster; especially, if Jones can’t make it work with an elite receiver.

The Chicago Bears’ miserable offseason continued as they signed quarterback Andy Dalton. After courting Russell Wilson, Chicago settled for the Red Rifle. Dalton is an upgrade on Trubisky, of that there is no doubt. Sadly, he isn’t Russell Wilson and because of the Bears fans understandable anger, Dalton is in a lose-lose situation.

It gets worse for Chicago. The Bears needed to release Pro-Bowl cornerback Kyle Fuller to clear space for Dalton. Chicago could’ve signed Dalton for less money last year; instead, they traded a pick for Nick Foles. Dalton is a solid quarterback, nevertheless, Chicago overpaid for a quarterback that doesn’t make them a contender in the NFC North.

The Jacksonville Jaguars came into free agency with a ton of cap space. Urban Meyer was ready to attack his first season in the NFL. Strangely, Jacksonville opted to sign safety Rayshawn Jenkins to a $35 million contract that may rise to $39.5 million.

Jenkins is notorious for his lousy tackling, plus he’s only notched five interceptions in his career. The 2021 draft boasts a wealth of talent at the safety position. The Jags own picks throughout the early rounds; they could draft a premier safety like Richie Grant or Trevon Moehrig instead of spending money on Jenkins, who’s struggled mightily in his career so far. The Jags would own more cap flexibility and a better player on the roster if they didn’t sign Jenkins.

Paying players for the number of sacks they posted is a risky move. That is what the Bengals did in signing Trey Hendrickson. The former Saints player shone last year as he totaled 13.5 sacks; Although Hendrickson did play on a fantastic line in New Orleans.

A lot of his success can get dished to the other players as well as himself. The Bengals inked Hendrickson to a massive $60 million contract. It is a huge contract, one that Hendrickson mightn’t deliver on.

Hendrickson is a speed-rusher, one that beats players in one-on-one battles. The Bengals defensive line doesn’t boast the depth of talent that New Orleans’ did. That will become a problem for Hendrickson as he will get double-teamed a lot more.

Hendrickson lacks the power to bull-rush past defenders, he will need help from the other players on the defensive line. The Bengals spent a lot of money on Hendrickson; if they are to see an improvement on the line, they’ll need to spend some more.