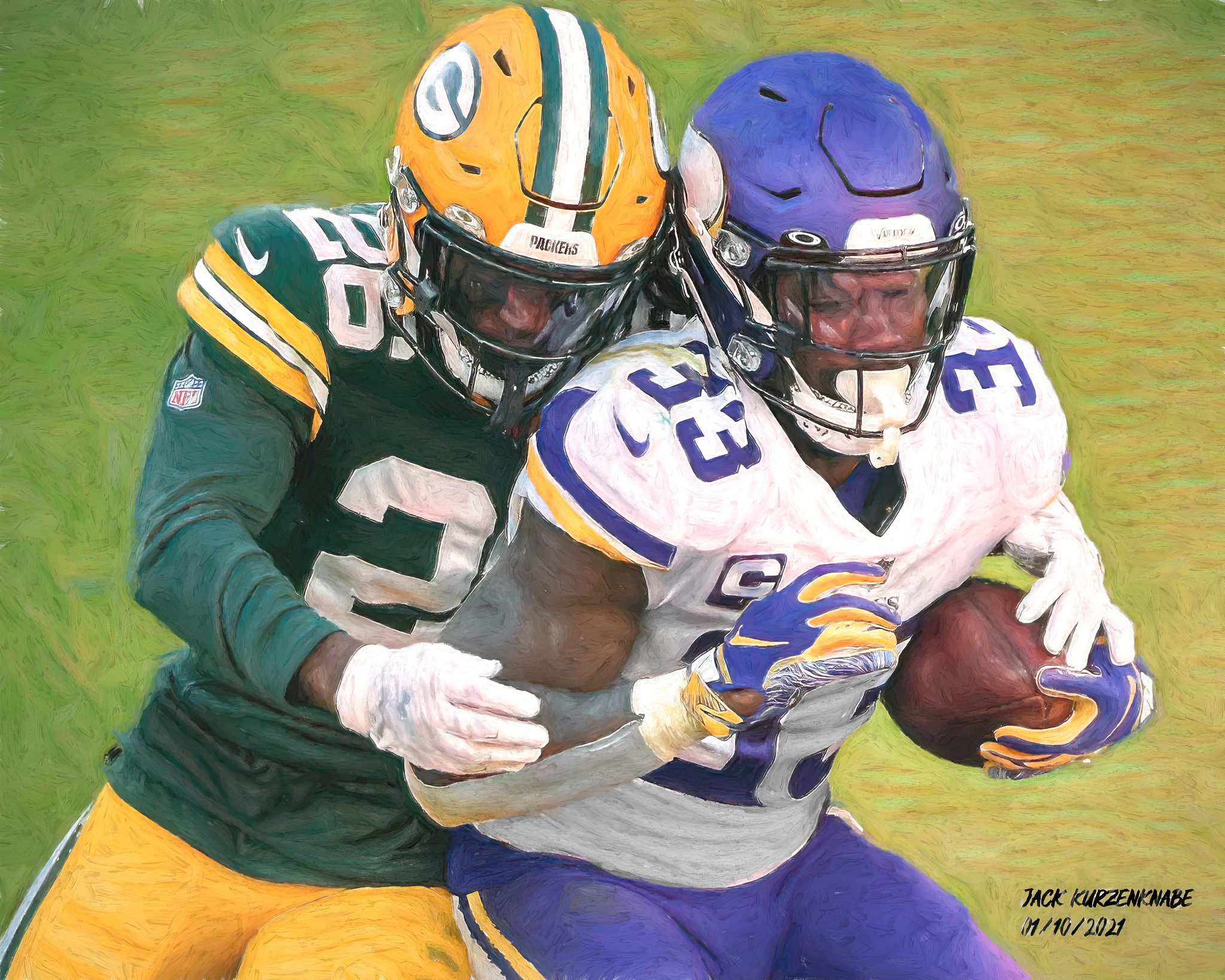 Will the Packers draft a weapon for Aaron Rodgers?

Make no mistake about it, the 2021 Green Bay Packers are a favorite to represent the NFC in the Superbowl heading into this season, and with a solid draft, there is no telling how dominant this team can be.

In 2020 the Packers were one of the best teams in the NFL led by future Hall of Fame QB Aaron Rodgers, wrapping up the regular season with a 13-3 record and the top seed in the NFC. The team would fall at home to the eventual Superbowl champion Tampa Bay Buccaneers leaving Rodgers to question his future and the team questioning how to get over the hump.

There is no doubt that Rodgers and the Packers are in a win-now window, they have officially resigned talented Pro Bowl RB Aaron Jones (four years $48M) and for the most part, the band will be back together and ready to make another run. In the 2020 draft, the Packers elected to use their top selections on depth, selecting QB Jordan Love in the first round and RB AJ Dillon in the second round, which left many fans and analysts scratching their heads.

Green Bay is the favorite to win the NFC North once again and should be one of the teams fighting for that top seed in December. For a franchise with high expectations and an elite Quarterback still in his prime, there has been a sense of underachievement looming since their last Superbowl in 2010.

With a real sense of urgency, I believe this year the Green Bay Packers will draft immediate impact players to make that final push and bring the Lombardi trophy back home. Here are 5 potential players the Pack must target with their first-round pick in this upcoming draft.

Linebacker is a position Green Bay will need to address at some point in the draft and if the uber-athletic Zaven Collins is on the board, he could be a cornerstone player the defense can build around.

Since losing Blake Martinez, the Packers have struggled at the linebacker position so electing to draft a three-down defender like Collins who is fresh off winning College Football Defensive Player of the year, should be high on the team’s priority list.

Sticking with the defense, defensive back could arguably be the position of most need for the Packers heading into the draft.  If second-generation NFL talent, Jaycee Horn, son of former NFL WR Joe Horn is available, this could be the steal of the draft. Horn has all the ability and upside to be a lockdown corner in this league. He’s is a physical presence at 6’1” 205 lbs and has been referred to by many as an alpha, just what this defense needs.

While All-Pro Jaire Alexander is a lock, the rest of the position group leaves much to be desired. We all remember what happened in the NFC title game at the end of the first half, without going into further detail, this team needs another defensive back!

This could be the year the Green Bay Packers elect to add an explosive offensive weapon to an already explosive offense. The Packers currently field the league’s top QB/WR combo but have yet to find a third complementary piece like WR Kadarius Toney out of Florida.

Toney is considered an undersized receiver (5’11” 189 lbs) but his ability with the ball in his hands in the open field is what makes him special. At Florida Toney was a YAC master, consistently making plays that weren’t there. His talents will quickly translate at the NFL level, especially playing alongside Aaron Rodgers and Devante Adams.

While Offensive line play has been a strength in Green Bay, in the most pivotal game of the season the packers found themselves struggling against a top-tier pass rush in Tampa. Protecting your franchise QB is a must if you want to win in this league so if 6’5” 320 lbs Pack 10 talent Jalen Mayfield is sitting on the board at 29, the packers will likely take a hard look at drafting him.

Mayfield is raw and will likely take time to fully develop at the NFL level however he is capable of playing both left and right tackle positions and has shown tremendous upside after displaying moments of dominance last season.

As previously mentioned the Packers are going to address the offensive line and prioritize keeping their franchise QB upright.  If Mayfield is off the board, there’s good reason to believe the Packers will elect to go with Alijah Vera-Tucker out of the University of Southern California.

Tucker is a 6’4” 315 lbs versatile lineman who can play both the guard and tackle positions at the NFL level. After an exceptional season, Tucker enters the draft with high praise, and with Green Bay holding the 29th pick he would likely be the best lineman available on the board making it easy to justify for the short and long term.