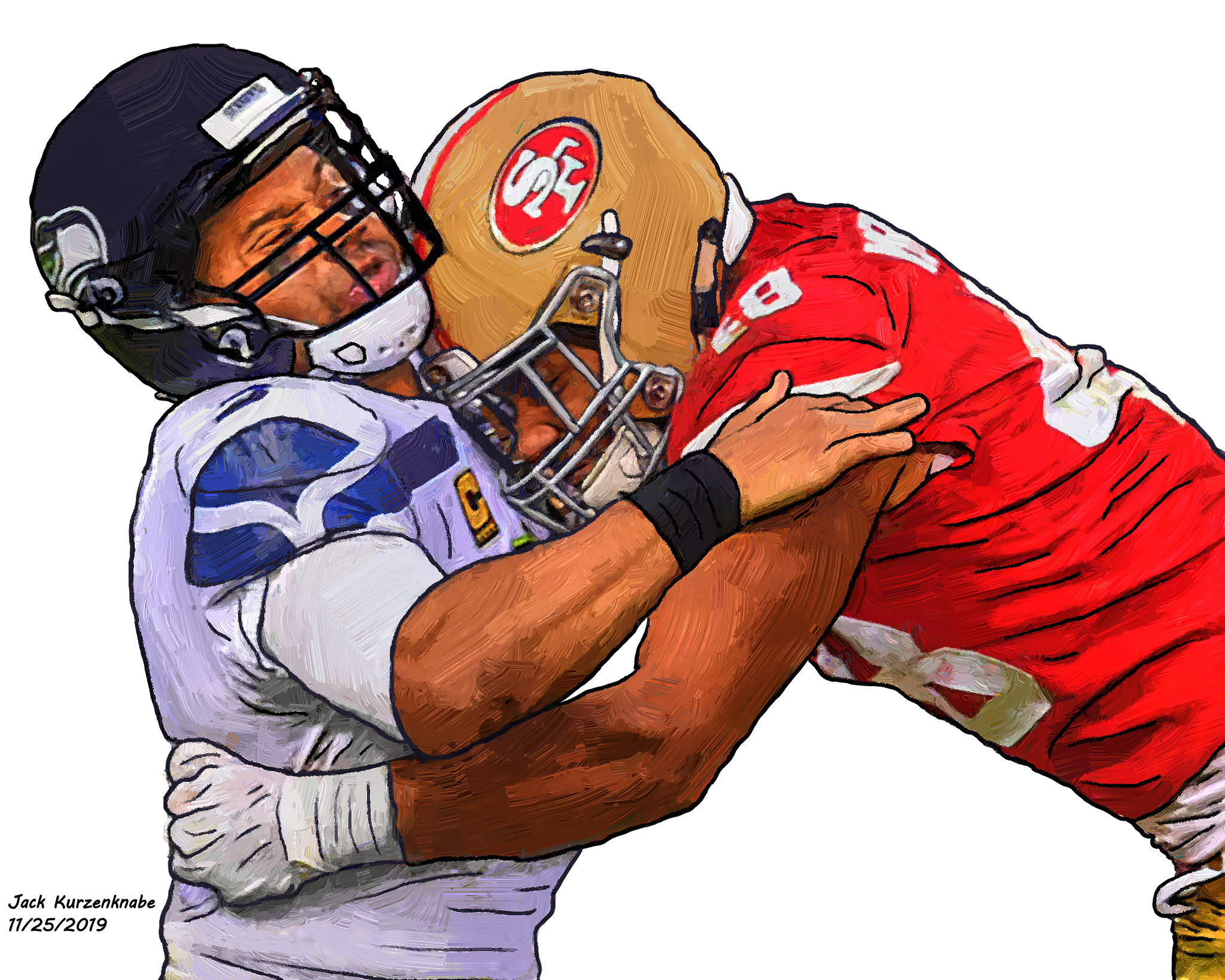 Make no mistake about it; the Seattle Seahawks will limp into the 2021 NFL Draft with only three draft picks currently available.  And although they have made some necessary free agent moves, there is still a lot to be done.

The Seahawks finished last season 12-4.  They lost to the Los Angeles Rams in the Wild Card Playoffs 20-30.

And while the Seahawks offense was spectacular the first half of the season it faltered the second half. Quarterback Russell Wilson was rocking a 91.3 passing grade (second-best in the NFL) for the first eight games. After that his passing grade plummeted to a 75.2 (14th in the NFL).

That was the exact opposite of what the defense did, they were bad the first half of the season giving up 29.1 points per game. They turned it around the second half, thanks in part to a lighter schedule and the acquisitions of Jamal Adams and Carlos Dunlap. In the last seven games they gave up an average of 13.1 points per game.

For all the uproar regarding their offensive line, Pro Football Focus had raked them as the 14th best offensive line in the NFL for the 2020 season.  They received a ranking of 16 as a pass-blocking unit, which is the highest they have been ranked since Wilson has been in Seattle. Sure Wilson was sacked 47 times, the third-most in the league, but he has to shoulder some of the blame.

According to Next-gen stats measurements of how long it takes a quarterback to release the ball from the point of snap, Wilson was fifth on the list.  This translates to him holding onto the ball longer than most quarterbacks.  The quarterbacks above him were: Josh Allen, Jalen Hurts, Lamar Jackson, and Baker Mayfield.  So maybe ease up on the sky is falling because the offensive line is so bad narrative?

The defense was not particularly good last season, even with the second half surge.  The Seahawks defense allowed 285 passing yards a game (31st in the NFL), the back unit had a 51.8 coverage grade (29th in the NFL) while they forced only a 6.4% incompletion rate (29th in the NFL).  The defense was 25th ranked defense in pressure rate, with none of the defensive linemen ranking in Pro Football Focus’s top 45 players at their position in pass-rush grades.

The Seahawks list of players retained or acquired during free agency include:

Although it is expected general manager John Schneider will work his draft day magic and acquire more picks, the Seahawks currently have three picks in the 2021 NFL Draft.  They are scheduled to pick in round two, round four, and round seven.

Tryon opted out of the 2020 season.  His stats for 2019 include eight sacks, 12.5 tackles for loss in 13 games.  According the thedraftnetwork.com, “Setting the edge in the NFL will be no issue for this player.  He is explosive off the edge and projects with elite upside with pro-coaching.  He has true schematic versatility in that he can be an outside linebacker in an odd front scheme or can gain weight and be a 4-3 defensive end.”

Jackson started all eight games at left tackle in the 2020 season.  ProFootballNetwork.com projects Jackson as one of the few tackle prospects who can project to the interior.  They also commented that Jackson is a “strong, powerful blocker and has a tangible mauler mentality.”

The 2021 NFL Draft is loaded with cornerback talent. With the limitations in draft options, the Seahawks will be looking for the “diamond in the rough” in this position, enter Rochell.  Rochell’s 2020 was uninspiring, including his Senior Bowl appearance.

Walterfootball.com reports that Rochell recorded nine interceptions over the past two years and possesses good height and length for the NFL.

There is an argument to be made that the Seahawks will need to acquire a third wide receiver with the departure of Moore.  While the 2021 NFL Draft is also deep in the wide receiver position, there are still quality wide receivers that can be acquired via free agency.  Unless Schneider can work some magic on draft day, the options for the Seahawks are limited.  The necessity will be to bolster a bad defense and perhaps appease a disgruntled quarterback with a throw-in option.