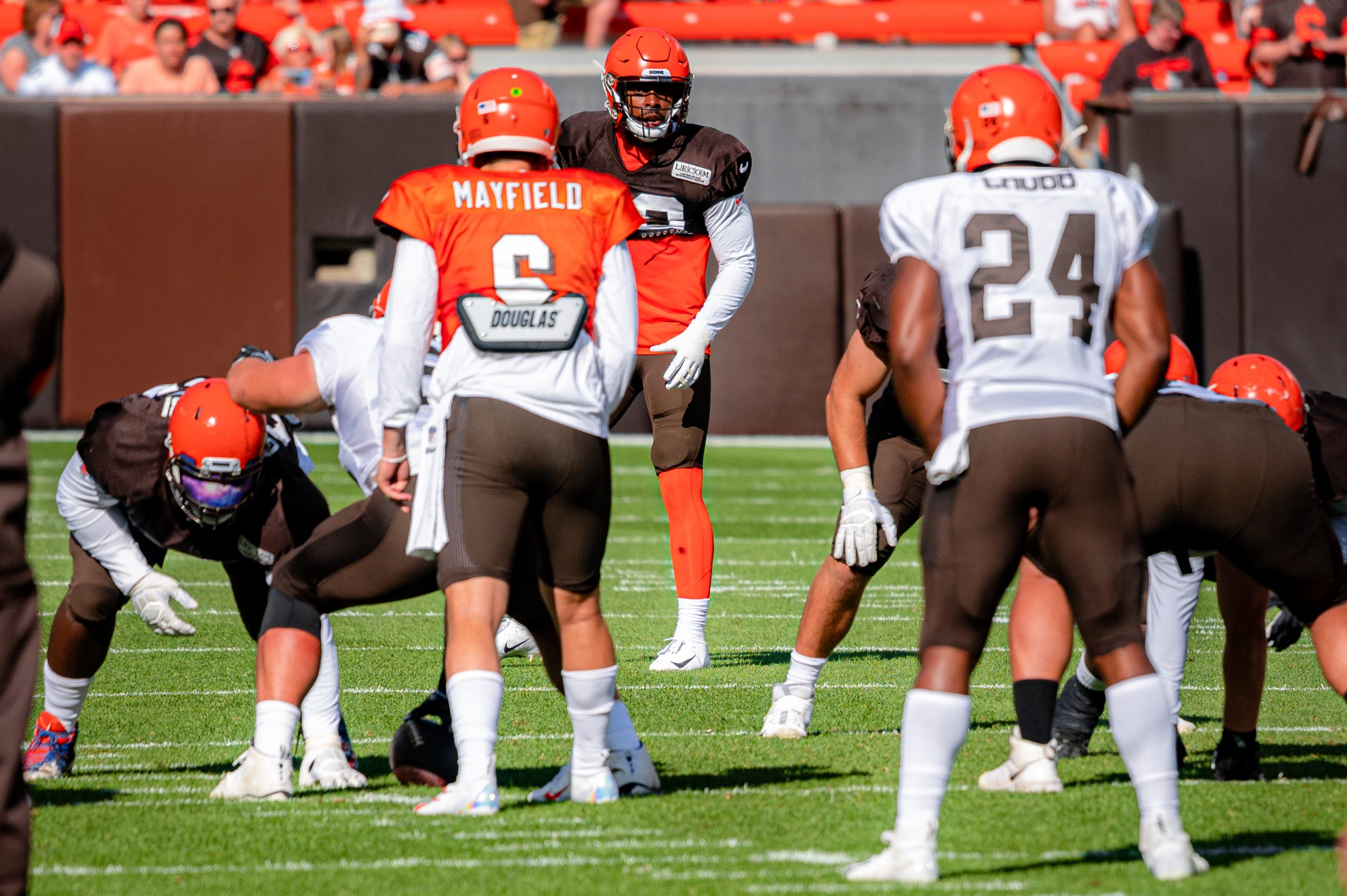 After a hot start to free agency, things have quieted down a bit for the Cleveland Browns. However, Andrew Berry has made it clear that they are not done adding players just yet. Most of the signings have been on the defensive side of the ball and it is fair to assume that the remaining players they need are on that side as well. Let’s take a look at a few players they might target.

The 2020 season was one to forget for Jadeveon Clowney. He didn’t record one sack and missed the final several games due to injury. There is no doubt that he isn’t the player he once was and he never lived up to the number one overall pick hype, but he’s still a good player when he’s on the field. His run defense alone makes him appealing to the Browns, who have to deal with Lamar Jackson twice a year. Andrew Berry tried to sign Clowney last year and they reportedly brought him in for a visit last week. One thing is for sure: Clowney opposite of Myles Garrett would be a scary duo.

It appears the Browns are keeping Sheldon Richardson (some thought he would be cut), but some additional depth on the defensive line is never a bad thing. At 31, Geno Atkins doesn’t fit the trend of singing young players that Andrew Berry has been doing, but they also could use some veteran presence in such a young locker room. Atkins is an eight time Pro Bowler and two time First Team All-Pro, there is no doubt that he can still make some plays for the Brown if they signed him.

A roller coaster is the best way to describe Aldon Smith’s nine year career. He once had a 19.5 sack season, but he was also suspended and missed a lot of games between 2016 and 2019. In 2020, he recorded 5 sacks with the Cowboys and they recently released him. He still has a high motor and fantastic ability at this point in his career. He might be someone that Andrew Berry could bring in on a one year deal for more defensive line depth.

The Browns have done a great job addressing their secondary problems with the signings of Troy Hill and John Johnson, but adding one more player isn’t a bad idea. Andrew Berry might choose to do that with the draft, but AJ Bouye could be a good fit as well. He has experience playing outside and in the slot, so defensive coordinator Joe Woods could use him in several different ways. He would likely come on a cheap one year deal as well.