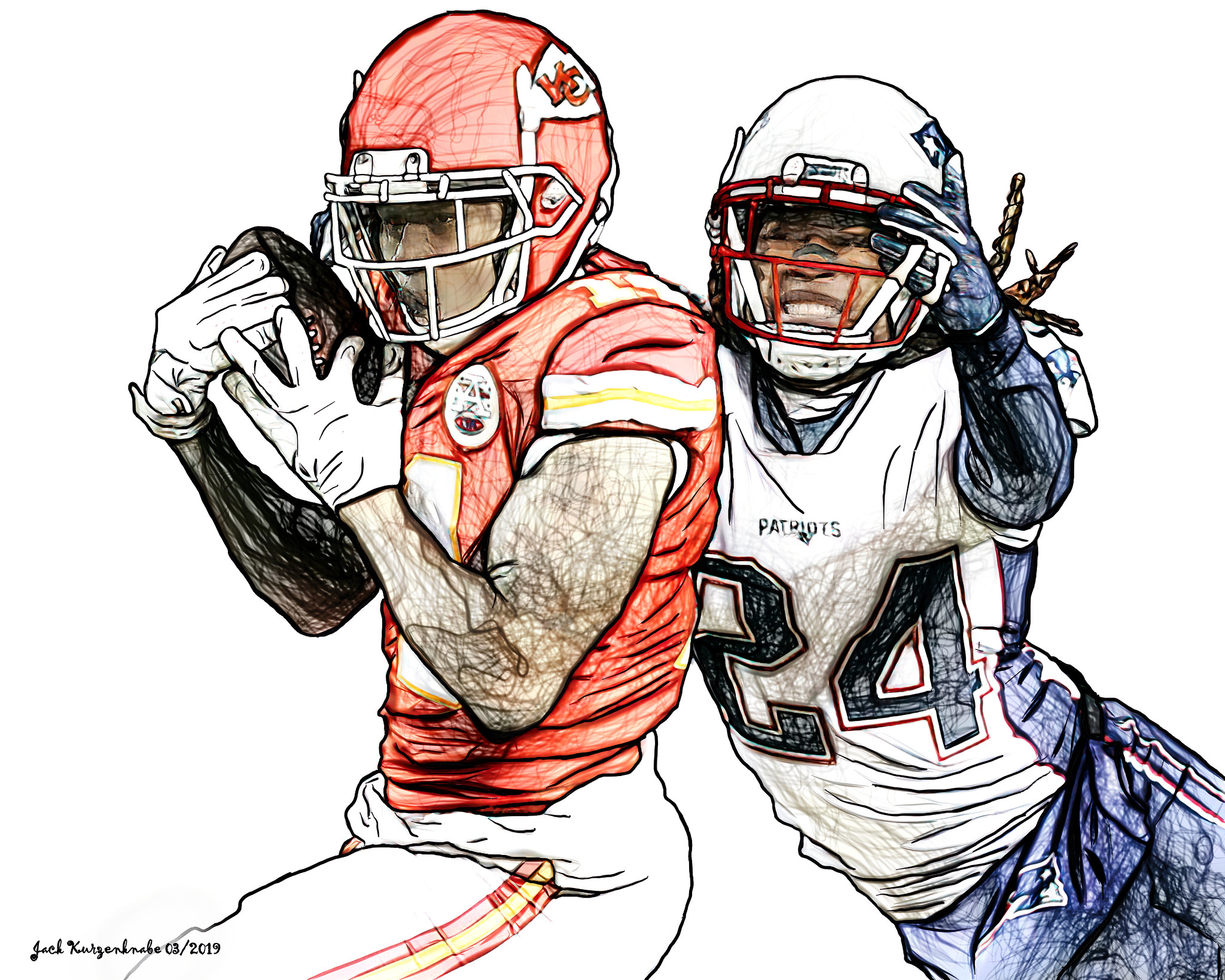 NFL free agency was full of action and big names signing across the NFL landscape. However, one position was a little late to the party. The wide receivers seemed to be the last position group to choose their next NFL home. We saw some surprising deals in the AFC East kick off this group with the signings of Nelson Agholor to the Patriots and Corey Davis to the Jets. The biggest free agent at this position, Kenny Golladay, inked a deal for four years and $72 million with the New York Giants.

With all these players in new offenses and some resigning, we all want to know what that means for production this year and the future. Every deal has implications in terms of football on the field and for fantasy football players. Here are some wide receivers to sell based on free agency and trades we know thus far.

Sammy Watkins signed a one-year $5 million guaranteed contract with the Baltimore Ravens. Watkins was the fourth overall pick back in 2014 by the Buffalo Bills. The Ravens will be his fourth team as he enters his eighth year as a pro.

Watkins is a speed threat outside and has a knack for explosive and big plays. Unfortunately, injuries have gotten to Watkins almost every year as a pro. He’s missed 14 games over the last three seasons. Last season he played in nine games due to a concussion and hamstring issues. His 2020 numbers included a career-low in yards with 421 and tied a career-low in touchdowns with 2.

The signing with the Ravens is interesting. It fills a need for a receiver for the Ravens. This offense was lacking pass catchers and weapons in the passing game. With Lamar Jackson and a very run-heavy offensive scheme, Watkins can open up the field and strike for big plays.

The pairing with the Ravens also reunites Watkins with Greg Roman. Roman was the offensive coordinator in Buffalo when Watkins had his best season as a pro in 2015. Watkins had 60 catches over 1000 yards and nine touchdowns across 13 games. Those numbers made him a borderline WR 1 that year for fantasy football.

We are far removed from that Sammy Watkins. Injuries have plagued him. Foot injuries, hamstring, groin, and other lower body issues will continue for Watkins who will be 28 when football is played in 2021. On top of the injury concerns, the scheme of the Ravens hurts Watkins value.

Watkins is going from the Kansas City Chiefs and Patrick Mahomes throwing the ball to the run-heavy Ravens and Lamar Jackson at quarterback. The passing ability of Lamar Jackson has been much discussed and although it is slowly improving it’s not at the elite level like Mahomes.

Watkins will go to an offense where he is arguably the most talented receiver. This may be enticing but the fit and the offense as it is built right now Watkins isn’t able to produce as a solid number two overall receiver for fantasy football. I am selling Watkins in fantasy football right now based on his injury history and the current offensive scheme of the Baltimore Ravens.

Shepard is likely to be negatively affected by the signing of Golladay and the return of Saquon Barkley to the offense. Shepard finished 2020 with strong weeks to close out the season. Totaling over 50 points to close the year Shepard finished as wide receiver 43 overall in PPR leagues averaging out to 13.5 points per week in PPR scoring. Shepard only played in 12 games last year as well.

A lot of Sterling Shepards’ value and points as a fantasy option came due to volume. With Golladay assuming the role of the lead passing threat Shepard will lose targets. Saquon will also get his 15-25 touches a game which will take away from the receivers in the passing game a little bit as well. Barkley had 91 catches in 2018 and 52 in 2019. The emergence of Darius Slayton is sure to continue as he is a deep play threat sure to see targets throughout the season along with Evan Engram who saw a team-high 109 last year.

Shepard has missed ten games in the last two seasons. He is turning 28 years old this season and has only played a full season twice in his first five years. Sterling Shepard is a sell heading into the 2021 season. The Giants’ addition of talent to both sides of the ball will make them a better team. They won’t need to be throwing so much and if they do they have a lot of options pending health and Shepards’ volume of targets is sure to be reduced.

Preston Williams is an intriguing young player. Not a household name but a player who can produce when given the chance. Williams was a four-star prospect out of high school and went to Tennessee for his first two seasons. Williams eventually transferred in his senior season at Colorado State had 96 receptions for 1345 yards in 14 touchdowns in 2018.

Unfortunately, Williams has had both his first two seasons end due to season-ending injuries. His rookie season in 2019, ended with a torn ACL. Before the injury, he was emerging as a big playmaker in the offense and a player who looked like he would be able to be a viable wide receiver two in an NFL offense. His size and ability to get 50/50 balls transferred to 32 catches for over 400 yards and three touchdowns. Last year in 2020 he began to emerge as one of Tua’s favorite targets. He left in Week 8 in a game he had four catches for 60 yards and a touchdown early in the game. A foot injury led to surgery and missing the rest of the year.

Fantasy players were likely looking for his chemistry with Tua to transfer into 2021 and have a potential bargain wide receiver 3 this year. However, I would sell Williams. The Dolphins added Will Fuller V to the offense. DeVante Parker is still on the team and he’s been the team’s leading receiver the past couple of seasons. Tight End Mike Gesicki broke out last season and will get more targets this year as well.

The Dolphins are also likely to add a pass catcher in the first round of this years draft. Whether it’s Kyle Pitts or one of the top receivers that guy is going to get looks in the offense as well.

I do love Preston Williams as a Dolphins fan. His talent has been compared to the likes of Brandon Marshall however the mouths to feed is multiplying in Miami and Preston may be the odd man out.