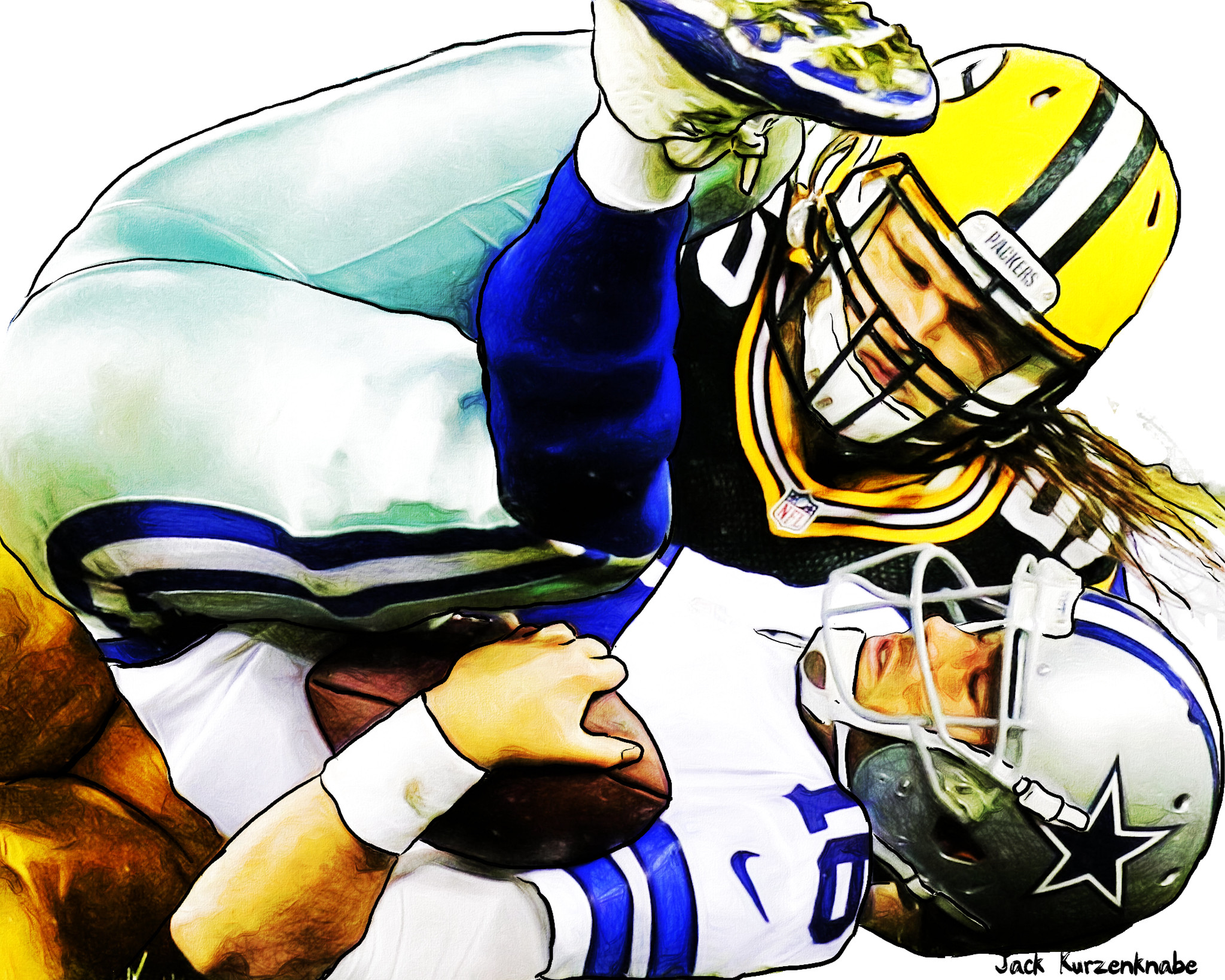 What rookie can improve the Packers Linebacker Group?

The Green Bay Packers fell one game short of making the Super Bowl in the very odd 2020 season. With 2020 MVP Aaron Rodgers leading the offense in 2021 questions loom on the defensive side. The Packers run a 3-4 defense so, they have four linebackers who start, and we will analyze both prospects for the inside and outside linebacker positions.

Last season the Packers signed veteran Christian Kirksey right before the season and he went on to have a solid year holding down a middle linebacker spot for Green Bay.  Kirksey struggled early on with injury but came on strong late creating a solid duo with him and rookie Krys Barnes in the middle. Heading into 2021 the Packers will not have Kirksey as he signed with the Houston Texans. The starters as of now are Krys Barnes and Kamal Martin who were both rookies last season that showed tons of promise.

At the Outside Linebacker position, the Packers are in quite the opposite situation. With both Za’Darious and Preston Smith (no relation) who are both NFL vets, the Packers have more than enough talent and experience at the position. Although Preston Smith had a down year in 2020 only producing four sacks all season, he will start opposite Za’Darious in the 2020 season. Preston Smith could be pushed by Rashan Gary who had a strong season as the third rusher for the Packers. The Packers should add another guy to this group because if Preston Smith cannot rebound from a poor season the Packers essentially have only two strong options.

The Packers can go several different directions in the draft when it comes to the linebacker position. Regardless of what exact position the Packers decide to draft they need depth at all the linebacker positions. It is even possible that one of these targets does get significant playing time if Preston Smith’s struggles continue or Kamal Martin cannot win the starting job opposite Krys Barnes in training camp.

Jamin Davis is the perfect fit for the Packers at linebacker. A strong athlete who has a nose for the ball Davis is one of the strongest run defenders in the class. What makes Davis such a quality prospect is that to go along with a strong run defense he also can cover very well. A top tackler Davis is very good at bringing down ball carriers in the open field. Davis projects best as a 3-4 inside linebacker because he lacks lateral speed. Having another linebacker next to him who is quick (Krys Barnes) Davis would be able to excel and make the Packers a very tough Defense to face. Davis does come with some concern because he only has one season of top-level performance in college. Davis’ first year starting was also his last as he declared after a very strong linebacker season for the Kentucky Wildcats.

Dylan Moses was a top linebacker just a couple of years ago. A knee injury in training camp in 2019 derailed his Junior Season. Despite being a potential 1st rounder anyway Moses returned to school for his senior season and had a disappointing year considering how he played before his injury. While Moses has said his injury never fully healed and caused his play to drop that is more of a concern than a positive for NFL teams because once a player’s knees cannot stay healthy their career does not have much left to offer. Regardless Moses has gotten fully healthy and could have a very strong impact in the NFL. A strong tackler who has very good instincts in all aspects of the game may fall in the draft due to his drop-in play from pre to post-injury. Moses is also an elite blitzer. Just look at the clips below for explanation.

Moses was one of the best playmakers on defense that Nick Saban had ever coached until his injury. After his injury, he was just a great linebacker. Moses will still have an impact at the next level and whoever drafts him might just get the steal of the draft if he can return to the way he played before his injury. It is tough to gauge where Moses will get drafted but if he is available after the 3rd round the Packers could get a player with top-15 potential after pick 100.

Jabril Cox is the most complete linebacker on this list and outside of the top couple linebackers projected to go high in the first round he could be the most complete linebacker in the draft. Cox played at North Dakota State and transferred to LSU for his last season of college football. Cox is fluid and strong athlete who will run sideline to sideline all game making tackles. Cox also has very good pass coverage skills because of his athleticism and his instincts at the position. Cox has 3 interceptions in his one year at LSU and even returned one for a touchdown. One of the best pass coverage linebackers in the draft it is almost certain that Cox’s ability can translate to the NFL. Where Cox struggles is to get off blocks in the run game. Against large mauling lineman, Cox’s light and lean frame make it difficult for him to shed strong blockers. At the NFL level, Cox projects as a 3-4 inside linebacker however due to his ability to cover he can be shifted all around the defense in a big nickel package or as a cover outside linebacker. His inability to get off blocks is a concern, but the NFL has seen athletic linebackers succeed and Cox has top athleticism in this draft class.

The only true outside linebacker on this list Joe Tryon has a very similar build to the current starting outside linebackers of the Packers. Tryon opted out of the 2020 season so there is some concern about Tryon having only one year of solid play at the college level. Despite that, there are several things to love about Tryon. Tryon plays with a strong understanding of pad level and leverage showing that he has very good fundamentals and football IQ. Tryon is an athlete and his quickness off the ball is one of his most notable traits. Tryon has the potential to be a high-level pass rusher in the NFL however due to his lack of college snaps compared to other prospects he could fall as late as the fourth round making his value intriguing for a Packers team who could benefit from getting a high-level player that late.

Charles Snowden could be the most intriguing player on this list because of his size. At 6-6, Snowden is a player who likely projects as a 3-4 outside linebacker however he certainly has the skills to move inside. Snowden moves extremely fluid for a person of his size which is why he is such an intriguing prospect.

Where Snowden falls short is his lean frame. A 6-6 linebacker is intriguing but at only 232 pounds Snowden is not only light for his size, but he is nearly the lightest player on this entire list. Snowden will need some time to develop but has the potential to be a gamechanger at the NFL level. With well-rounded tools coming into the NFL if he can add 5-10 pounds in just his first training camp/season Snowden’s potential could show itself in his rookie season. Snowden met with all 32 teams at the Senior Bowl despite not practicing or playing.

Luckily for Green Bay, this is a strong linebacker class both inside and outside. Although they do not necessarily need a starter on the edge or inside, they can pick a high potential player. The greatest strength of the class is the versatility of these players which is something the Packers need on their Defense. With most of the defense returning backup or starting linebacker could easily and should be upgraded through the draft.