A Deeper Look into the Rookie Wide Receiver Class 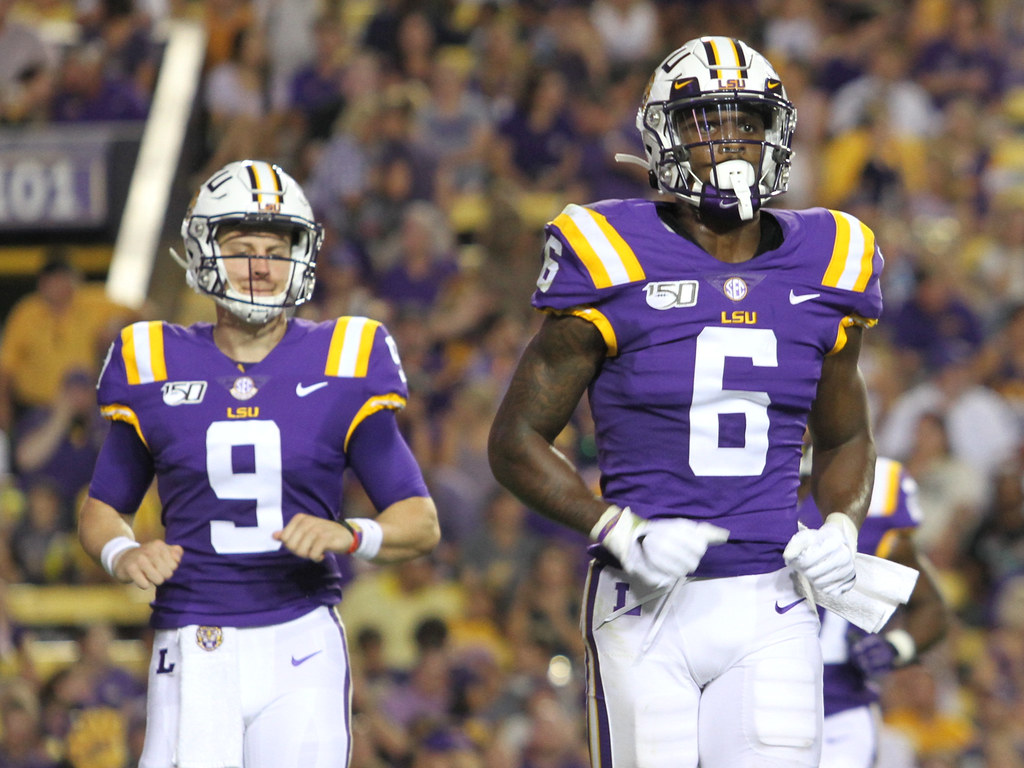 Luckily, we are only weeks away from the NFL draft, and there’s plenty to be excited about there. This year’s wide receiver class is deep, talented, and filled with players capable of having an immediate fantasy impact. If you haven’t been living under a rock for the past few months, you’re probably aware of the big three coming out of this class ”“ Devonta Smith, Ja’Marr Chase, and Jaylen Waddle. But you’ve probably heard enough about these guys, so let’s take a look at another three wide receivers from this rookie class that haven’t been getting quite the spot light, but have incredible fantasy potential:

It’s hard not to be excited about a receiver that posted a 60 recpetion-1219 yards-11 TDs stat line in 2019, but I guess fantasy twitter would rather focus on Rashod Bateman weighing in at 190 pounds, as opposed to Minnesota listing him at 210 pounds. Meanwhile, I’m still stunned at how Bateman managed to produce 20.3 yards per reception. Although Bateman’s 2020 season was a little more uneventful posting a 36-472-2 stat line across 5 games, there was some difficulty Bateman experienced with Covid. Nonetheless, Bateman showed he was ready for the draft by posting a 4.39 second 40 yard dash. But I think you could say his speed was already evident:

The thing I love about this video is that it shows how versatile Bateman is across the field. He can do it all, from the short slants, to more deep vertical targets, Bateman is a threat across the field due to his ability to create separation. Bateman can be a real play maker in a variety of potential landing spots. There’s a good chance Bateman will go in the second round, but I wouldn’t be shocked if a team were to take a chance on him with their first round pick.

One team that may be set up nicely to draft Bateman is Kansas City. Although it’s uncertain what Kansas City will do at 1.31, I would expect them to be shopping receivers at some point during the draft. Kansas City let Sammy Watkins walk this free agency, which opens up their #2 wide receiver role. Personally, I never thought Watkins could properly fill this role, let alone Demarcus Robinson or Mecole Hardmen when given the opportunity this past season while Watkins battled injuries. Bateman would be an incredible fit as a #2 in Kansas City, complementing Tyreek Hill and Travis Kelce with his differences.

Another interesting landing spot for Bateman is just across the AFC West pond with the Los Angeles Chargers. The Chargers are another team that you could make the argument for needing a #2 receiver. Mike Williams is a fine wide receiver, but he will also be a unrestricted free agent in 2022. The Chargers are already committed to building the team around Justin Herbert, so what better way to do so then taking Bateman with the 47th pick in the draft? Justin Herbert throwing to Keenan Allen and Rashod Bateman? Sign me up.

It’s easy to go overlooked when your former teammates are 2020 rookie sensational wide receiver Justin Jefferson and top rookie prospect Ja’Marr Chase. But seriously, who better to be overshadowed by? With Jefferson moving on to the NFL in 2020, and Chase opting out of the season, Terrace Marshall Jr. was finally able to shine, posting a 48-731-10 line over the year, across only 7 games. In LSU’s 3rd game of the season in 2020, Marshall managed to tear up Missouri’s defense with 235 receiving yards and 3 touchdowns on 11 receptions. I don’t know what’s good with the water down in Baton Rouge, Louisiana, but Marshall managed to match Chase’s 4.38 second 40 time at LSU’s pro day this year. Despite Marshall constantly being overshadowed by his teammates, his physique lines up well with an alpha wide receiver. Let’s take a look:

Plain and simple, Marshall is a big body receiver with a solid catch radius and some dangerous speed. He’s got the skill set that allows him to work outside as a vertical threat, but also play out of the slot. Not saying they are the same player, because they definitely have their differences, but Marshall does give off some vibes of another former LSU wide receiver, DJ Chark.

So where could Marshall end up? A lot of analysts would like to project Marshall going in the 2nd round of the draft for various reasons such as his subpar route running ability, but I think NFL teams will be focusing more on how Marshall can play out as an alpha wide receiver. In all three of Mel Kiper’s mock drafts to date, he has Marshall going to Baltimore in the first round. I’m uneasy about a wide receiver being drowned out in Baltimore, but I think there could be some upside. With Marshall profiling as an alpha wide receiver, I think he could actually take over the #1 job in Baltimore, which could also help Marquise Brown’s production, as Brown hasn’t been too successful at holding that #1 role so far.

If Baltimore passes on a receiver at pick 27, or perhaps they go after a different skill set receiver, it would be quite interesting to see Marshall drop one more pick down to New Orleans. The thing is, New Orleans lacks pass catchers behind Michael Thomas. Aside from Thomas, they’re left with Tre’Quan Smith, Marquez Callaway, and Adam Trautman to catch passes from whomever will win out the starting quarterback job for next season. New Orleans was also unable to provide any upgrades to their receiving room during free agency due to their cap issues, so they will most likely be on the hunt for a receiver during the draft. Let me leave you with one thought: Jameis Winston + Michael Thomas + Terrace Marshall Jr.

The slot man himself, Elijah Moore, managed to post a solid 86-1193-8 line last season with a PFF grade of 91.2. Moore is a product of Ole Miss, a school we’ve seen produce some top notch NFL receivers recently with the likes of DK Metcalf and AJ Brown. But Moore’s physique couldn’t be any different than the previously mentioned alpha-build wide outs. At 5’9” and 178 pounds, Moore is a true slot receiver, and he’s got the speed to back him up. Moore managed to blaze through the 40 in 4.34 seconds at this pro day this spring. His speed, play style, and his ability to produce after the catch allow him to be a solid product of a creative coach.

Moore would be a great fit in an offense with a need for someone to thrive in the short to intermediate range, with some sneaky speed to get deep as well. Getting Moore into an offense with a coach who would utilize him in the manufactured touches game would truly unlock his potential. I’m talking utilization in a creative role ”“ somewhere between a Deebo Samuel and Tyreek Hill in terms of designed plays. But where could he land?

Right now, Moore is projected to go somewhere in the mid to late first round, in fact he’s the #5 wide receiver on Mel Kiper’s rankings. One place he could end up would involve a reunion with fellow Ole Miss alum AJ Brown, at pick #22 to Tennessee. Moore could be a solid fit as the #2 wide receiver to alpha man AJ Brown. Not to mention, Tennessee has lost 192 targets in free agency with the departure of Corey Davis, Jonnu Smith, and Adam Humphries. And signing Josh Reynolds isn’t going to make a dent in that. There’s plenty of room for Moore to fit in on this highly efficient offense, and I expect Tennessee to take a receiver in this draft, it’s just a matter of how much draft capital they’re willing to spend.

Perhaps Tennessee passes on a wide receiver with their first round pick, and Moore falls a few picks down to a team that we’ve been begging to take on a real #2 wide receiver ”“ Green Bay. After Green Bay failed to pick up a wide receiver in free agency, they could really benefit from this solid rookie class. Likewise to Moore’s physique and playing style complementing AJ Brown, I think the same could be said about Moore lined up with Davante Adams. Moore could provide some much needed speed from the slot, while becoming a more full time #2 target for Aaron Rodgers.

Be sure to follow me on twitter (@FF_Engineer_), and if anyone from Underdog is reading this, please add Elijah Moore to the best ball system.