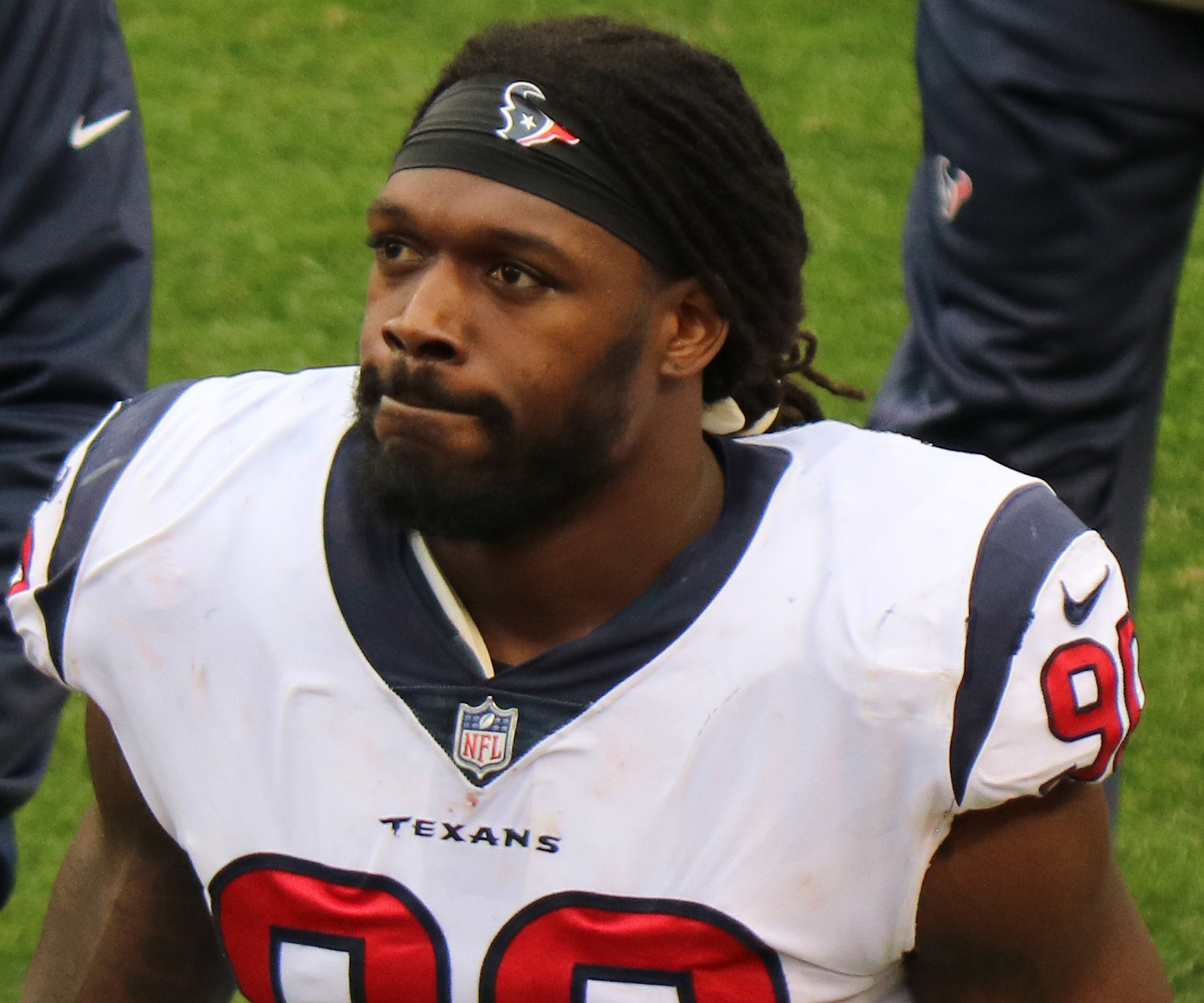 As the dust settles after the free agency frenzy that has ensued over the last week, believe it or not there are still a bountiful of notable names needing new homes. Personally, I love the big offensive names that come off the board every year from the likes of Kenny Golladay, Aaron Jones, Kenyan Drake and others purely for their fantasy football implications. However, the defensive side of the ball is just as important for fantasy players to take account of which is why I wanted to talk about Jadeveon Clowney. The 6 ft 5 255 lb outside linebacker formerly of the Texans, Seahawks and most recently the Tennessee Titans finds himself on the outside looking in at the start of 2021. After a disappointing campaign in 2020, appearing in eight games for the Titans in which he forced one fumble and failed to record a sack Clowney finds his market value around 6.5 million dollars according to spotrac. This means Clowney will not break the bank when it comes to teams investing in him. As Clowney sits on the market with his price point appetizing for what could be a low risk high reward signing, and the potential resurgence of talent that could be tapped, here are three teams that could use the talents of the former first rounder.

With a whopping 24.7 millions dollars in available cap space, the Browns are the first and most obvious landing spot for Clowney. After signing Oliver Vernon in 2020, he was kindly shown the door in what was a lackluster season. The Browns are eagerly looking to pair someone opposite Myles Garrett in what could be a gruesome twosome if Clowney signs and taps his potential. Cleveland allowed scoring drives on 43% of their defensive stents which was middle of the road along with sacks and pressure on opposing quarterbacks. One might say that’s not too bad, but If the Browns intend to contend they’ll need a top 10 defense, something Clowney could help with in between the trenches.

I absolutely love this landing spot for Jedeveon Clowney. Simply for one reason, Robert Saleh.

The new look New York Jets have officially been imploded with the recent trade of Sam Darnold to the Carolina Panthers initiating a full rebuild with new head coach Robert Saleh. Saleh comes from San Francisco where he was at the helm of one of the most dominant defenses of the last 10 years (before injuries of course). This defensive style might be the perfect recipe for someone like Clowney who can assert a strong veteren presence on a new look defense. With the addition of Defensive end Karl Lawson, the stage is set for another name to be added to the roster. New York also has 24 million to play with if they truly believe in offering Clowney a cheap long term deal. There are many questions that need answers in New York and Clowney could be one of them.

Where do most football careers go to die, Oak”¦ Well Las Vegas (It still stings). Las Vegas was bottom three last year with pressure on the quarterback with 21 sacks and just as bad with stopping the run. Las Vegas was rumored to sign Clowney last year before ultimately signing with the Titans possibly leaving Las Vegas desiring what could have been. The Raiders already have a rising star in Max Crosby and more potential on deck with Clellin Ferrell, However when you see Patrick Mahomes twice a year, every tool and more must be utilized to stop him. After investing a lot on the offensive side of the ball so far in 2021 with Kenyan Drake, Willie Snead, and John Brown the Raiders have about 10 million to play with. This could be enough to sign Clowney to a one year deal. After a puzzling move to deconstruct their offensive line, the Raiders might need an investment on the defensive side of the ball to stop the bleeding.