3 Dream Draft Targets for the Bears 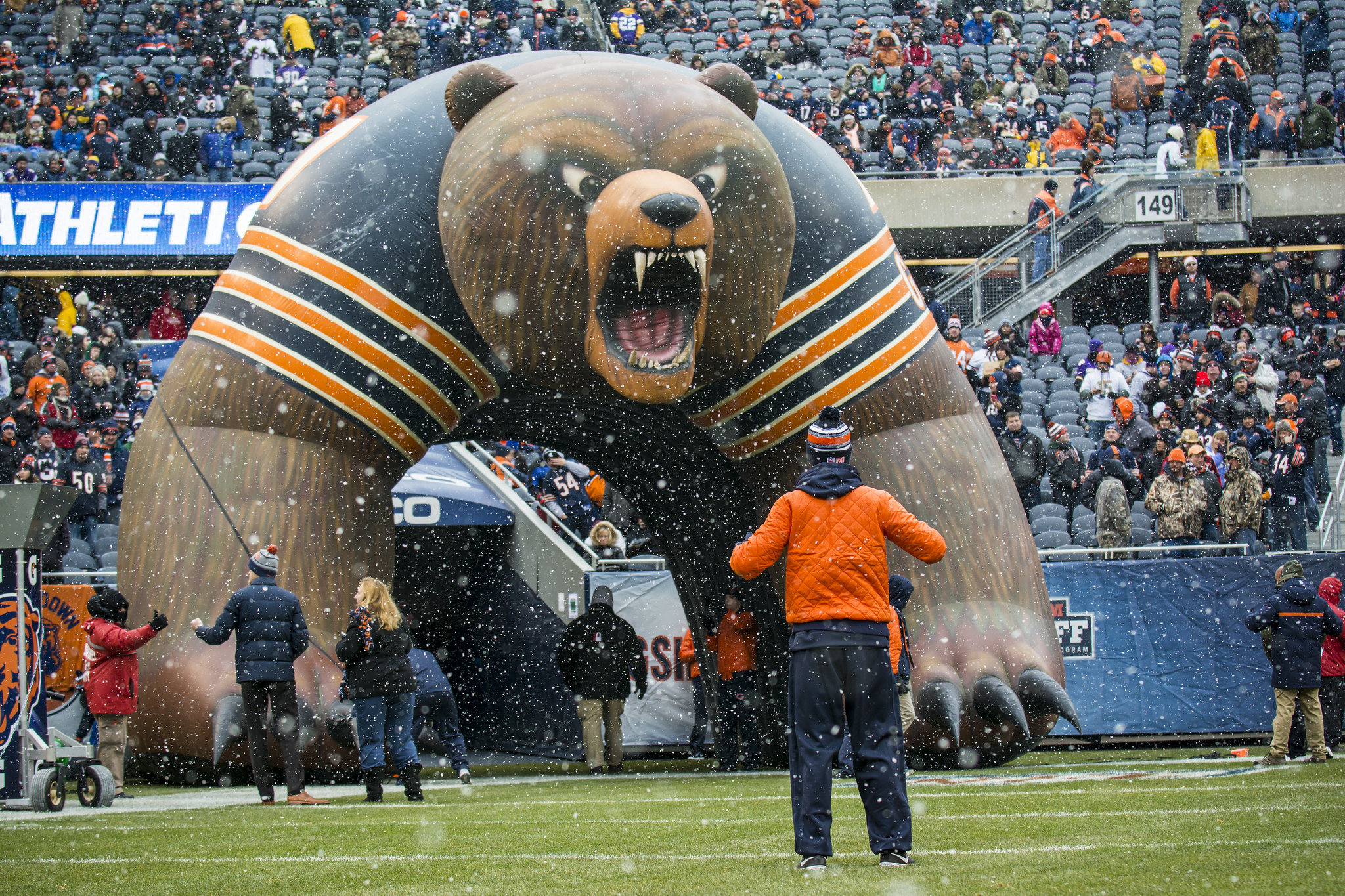 After a season in which the Chicago Bears won just 8 games in the regular season, they are looking to make some changes and improve their roster this offseason. The big move they have already made was a change at quarterback by releasing Mitchell Trubisky and signing veteran Andy Dalton. Other notable transactions include putting the franchise tag on superstar wide receiver Allen Robinson, and unfortunately for them, losing their top cornerback Kyle Fuller and solid offensive lineman Bobbie Massie to free agency.

The next step for the Bears in improving their roster for the upcoming 2021 season will be the Draft. They currently have the 20th overall pick and have several ways that they can go with it. That of course depends on who is available when it is their time on the clock. The Draft can be unpredictable, and sometimes top prospects slip past their projected draft position. Let’s take a look at 3 dream candidates that could potentially fall to the Bears.

After losing Massie to free agency, and the position group not necessarily being a strength of this team currently, the Bears will need to use this draft to improve their offensive line. If they are lucky enough to have the opportunity to draft Slater at 20th, they should not hesitate to do exactly that. Versatility is the biggest strength that he brings to the team that is fortunate enough to draft him because he is capable of playing all five positions on the offensive line. With quarterbacks and wide receivers seemingly being heavily targeted at the top of this draft, there is a possibility that Slater could fall to the Bears despite being a top two offensive lineman prospect and if he does, it is highly unlikely that the Bears would pass on him.

The Bears did add Desmond Trufant to their roster after losing Kyle Fuller, but they are going to need more help than that in the secondary of this defense. Farley is one of the most interesting prospects in this entire draft because of how high his ceiling is while also having a lower floor. He is an incredible athlete with good ball skills that were acquired when he played wide receiver before converting to a defensive back. He is a big corner at 6’2 and 207 pounds, but is still one of the fastest players in the entire draft. He clearly looks the part of an NFL DB, and definitely has the raw talent, but his skillset still needs to be further developed. His potential could convince a team to draft him as high as a top ten pick, while the question marks surrounding him could make a later picking team such as the Bears lucky enough to land him.

The biggest strength of this Bears team is their defense. They are very talented at all three levels with players like Khalil Mack, Roquan Smith, and Eddie Jackson. Drafting a weapon like Parsons would bring this already good defense to a whole new level. He is a jack of all trades type of player who can contribute in a variety of ways including pass coverage, run support, and even in the pass rush. His unique skillset will be a luxury for the team that drafts him, and that could very well be the Bears if he’s available for them at 20th. Adding the dynamic Parsons to this existing staff would be a nightmare for opposing offenses, and would make the Bears defense as good as any other team in the entire league.