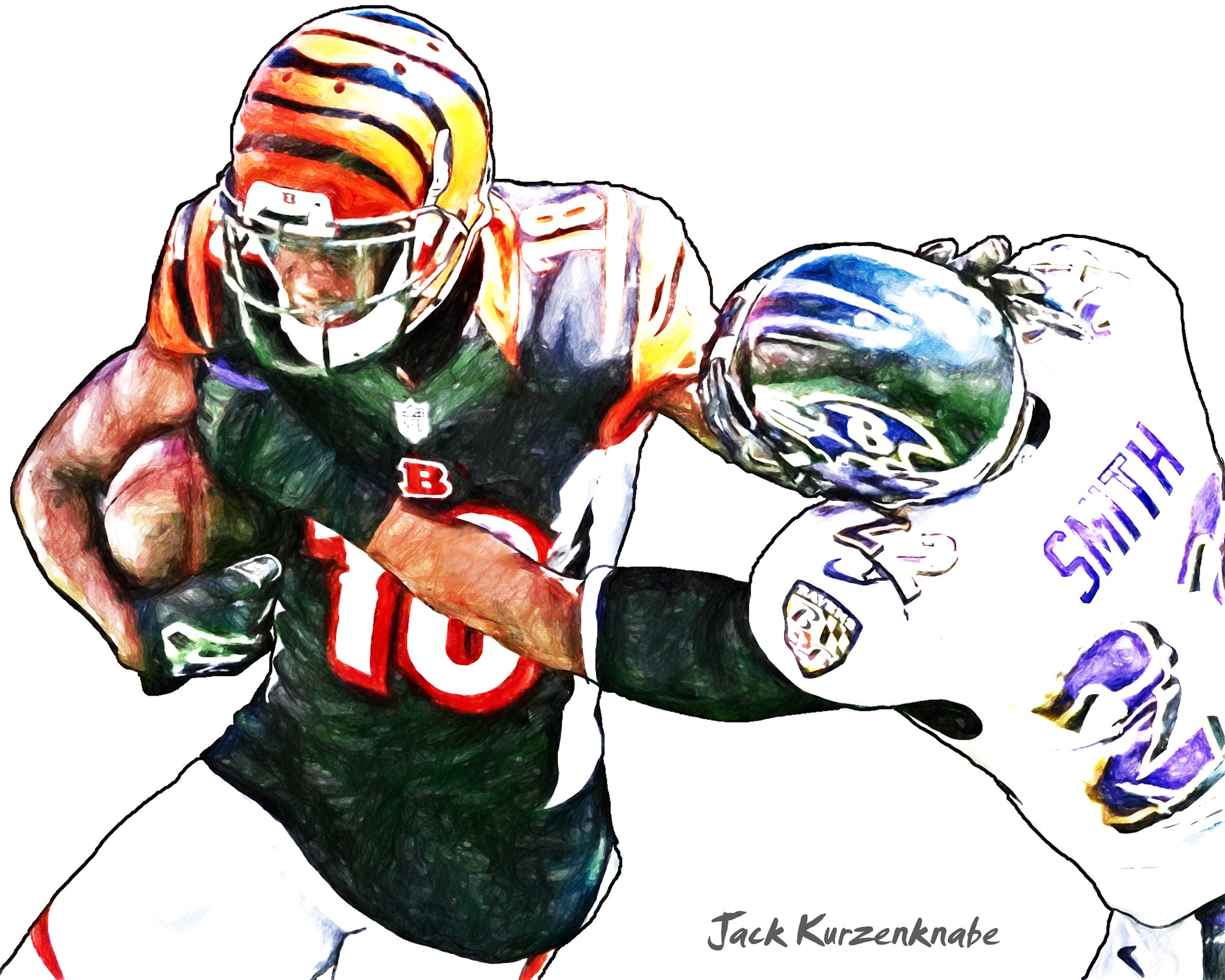 Bengals Tee Higgins will impress in 2021

The Bengals hit on their top two picks in the 2020 NFL draft with Joe Burrow and Tee Higgins who produced from the start and gave a promising future for this team. With Joe Burrow leading the offense and the Bengals defense finishing in the bottom half of 2020, look for this team to put up some fantasy points in 2021.

Before Joe Burrow went down with an injury in week eleven, he was averaging over 40 pass attempts per game. That ended up being good enough for second most in the league on a per game basis only behind Ben Roethlisberger. If this trend continues, this Bengals passing offense is going to be fantasy gold in 2021.

Joe Burrow has reportedly been voicing to the Bengals that he wants to be re-united with Ja’Marr Chase. It’s a real possibility they take him at pick five, but I believe they get a stud lineman at that pick to help protect Joe Burrow. For now, my analysis below assumes they look at other positions in this upcoming draft. Let’s dive into the three wideouts to see what each has to offer for this season.

With the departure of AJ Green, Auden Tate moves into the Z wide receiver position. Many people forget that Auden Tate is 6’5” 228 lbs. and stepped in adequately to fill in for the injured AJ Green in 2019.  Although he isn’t flashy, the targets will be there and someone will need to catch them. The Bengals had three 100+ target WRs last season with AJ Green getting 104. Now I don’t expect Auden Tate to eclipse 100, but I think 65-75 is a real possibility. That can be fantasy relevant to a certain extent as well as having some very relevant weeks.

Tate is 24 years of age and entering his fourth NFL season. He is practically free in dynasty formats and has WR3 upside with potential for boom games. A third or a fourth-round pick should get the job done.

Boyd broke out in 2018 and has been startable in fantasy ever since. He produced WR2 numbers in 2018 and 2019 but disappointed fantasy managers in 2020 after Joe Burrow went down. But why is Tyler Boyd a screaming buy this offseason?

In 2019 in college at LSU, Joe Burrow targeted Justin Jefferson, the slot receiver, a team leading 111 times. Burrow loves the slot, and last season with Burrow at QB, Boyd was on pace for 110/1,136/5 before the knee injury which would have been good to finish as the WR11 in PPR. I believe it’s possible this offense with Burrow can produce two top-24 WRs for fantasy.

A lot of people slept on Tee Higgins last season. With the amount of talent in the 2020 rookie WR class, it was hard to give Higgins the respect he deserved. But all he did in 2020 was produce for fantasy. One of the more impressive things he did besides some amazing sideline catches was produce even after Joe Burrow was out. He solidified himself as the true number one WR for this offense.

Higgins has the potential to be a top 5 fantasy WR in the NFL. The community has started to realize it, which is why his price in dynasty has risen very quickly. Currently, Higgins is worth at least two first round rookie picks in a 1QB PPR league, and a first and a second in a superflex league. I actually would prefer the Higgins side in both those deals, so you would have to find an owner who is ok to part with him. I believe when it is all said and done, Tee Higgins will be the best WR from the 2020 rookie class.