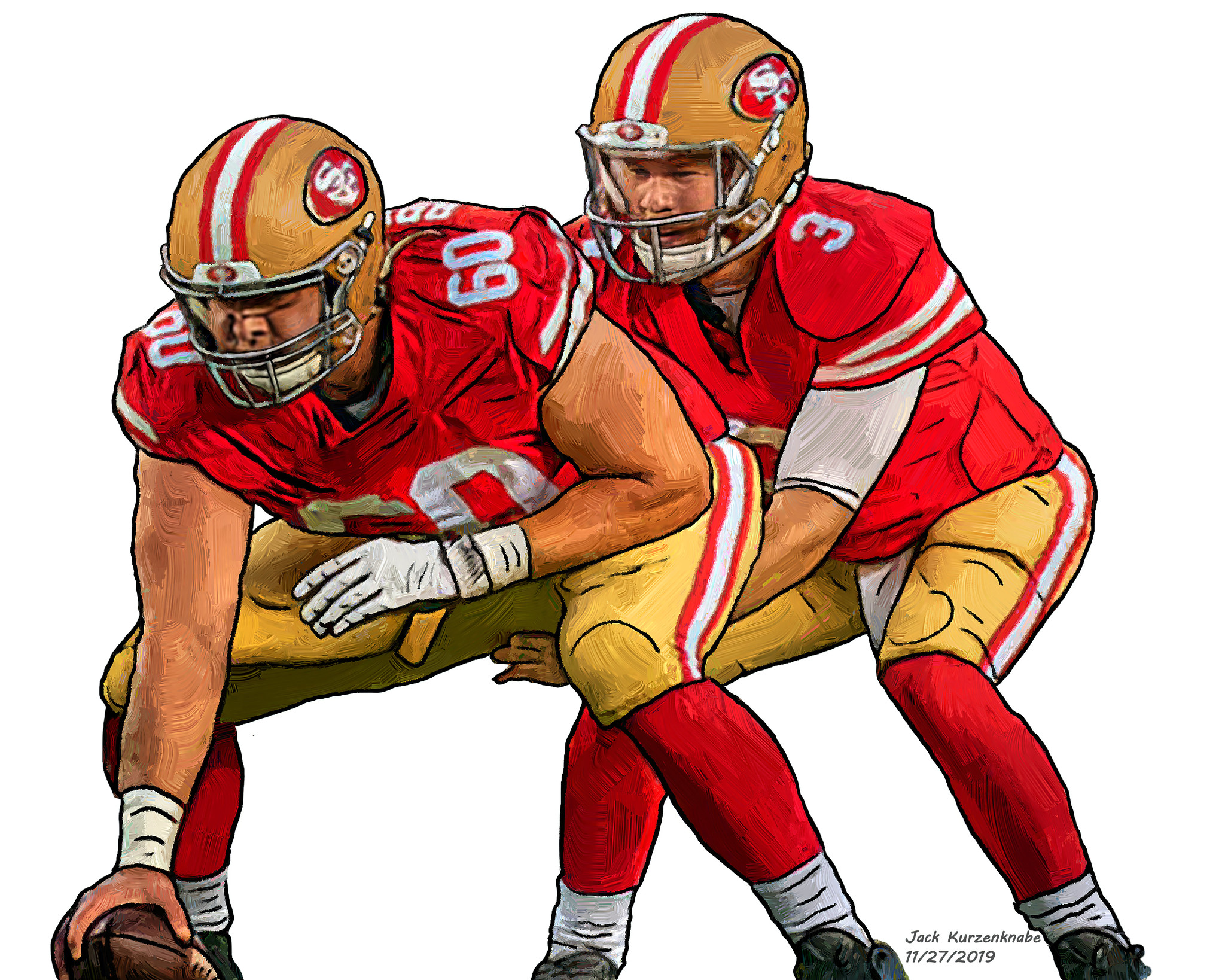 The connection between 49ers and three QBs

When the 49ers moved up to the No. 3 overall pick in the 2021 NFL draft, it all but confirmed that they were committed to decommitting from their three-year starter, Jimmy Garoppolo.

We all now know the 49ers are choosing a quarterback. Assuming Trevor Lawrence goes No. 1 overall, and Zach Wilson second, it leaves three viable quarterbacks on the docket for the 49ers to choose from. The media and fans can’t seem to stop talking about – more like arguing about – who that quarterback might be. Let’s look at what the media is saying about each quarterback and why they believe they’re a fit for San Francisco.

Shortly after the trade up was announced, the national media overwhelmingly seemed to favor Alabama quarterback Mac Jones as the 49ers’ target. The pro-Jones argument often cites Kyle Shanahan’s historic preference for a pure pocket passer. Jones garners comparisons to Kirk Cousins and Jimmy Garoppolo. It helps that Jones was often asked to do for Alabama what Garoppolo was asked to do for the 49ers. The Steve Sarkisian offense is packed with play action and intermediate passes that maximizes receiver’s YAC abilities.

These are fair comparisons and observations to make but is it enough to call Mac Jones a lock at 3?

For those of us, like myself, who poke holes into these pro-Jones arguments, you really have to look no further than Kyle Shanahan’s recent comments on quarterbacks. Shanahan as recently as December 2020 said in a press conference that the way he evaluates quarterbacks is always changing. “I evaluate quarterbacks in terms of trying to find people who can have a chance to be one of those elite-type guys and there are lots of different ways to do it,” said Shanahan after losing badly to the Josh Allen-led Bills.

49ers fans have been connecting Kyle Shanahan to Justin Fields ever since they began catching wind of the QB Collective. QB Collective is a football camp created by Mike Shanahan. It connects high school quarterbacks with some of the top coaches from the Shanahan coaching tree including Sean McVay, Matt LaFleur, and Kyle Shanahan himself.

What does this have to do with Fields? Well, he attended the camp back in 2017. Old photos and videos of a young Justin Fields getting coached up by Kyle Shanahan began circulating on Twitter. After the 49ers moved up to No.3 overall, Fields immediately made the most sense to fans.

Not only is Fields and Shanahan already being familiar with each other a plus. Fields would also be as much of a scheme fit as Mac Jones, despite what talking heads may have you believe. National media does not seem to give Fields the same amount of praise as Jones.

They say Fields isn’t a pure pocket passer, has trouble processing and going through his reads, which couldn’t be further from the truth. But will Shanahan agree?

Trey Lance does not have nearly as much connection to the 49ers as Jones and Fields but he’s a viable option nonetheless. In fact, the offense that Lance ran at North Dakota State resembles an NFL pro offense, specifically Kyle Shanahan’s offense the closest. Not only did he run this offense, he excelled in it.

Many see Lance as a project. A raw, inexperienced player with all the tools to reach a high ceiling at the next level. Afterall, Lance is only 20 years old. A player such as this could benefit from getting to sit a year while facing the NFL’s learning curve and taking in his team’s playbook.

As it so happens, the 49ers have a servicable starter in Jimmy Garoppolo who they have publicly and adamantly said they are keeping. If this happened to be true, and Garoppolo will start for the 49ers, drafting Lance at 3 does not seem completely out of the question.

Trey Lance is the QB barely anybody is talking about as an option at No. 3 overall. To me, he should be just as much part of the discussion.

With a little over a couple weeks until the draft, media narratives or talking points surrounding who the 49ers might take at 3 are quickly evolving. Mac Jones definitively being the pick is slowly but surely getting walked back and hedged. My biggest takeaway is you could make a strong case for all three quarterbacks being the pick. Nobody truly knows who the 49ers will pick but that’s the fun of it. Remember that. Draft season is a marathon not a race.