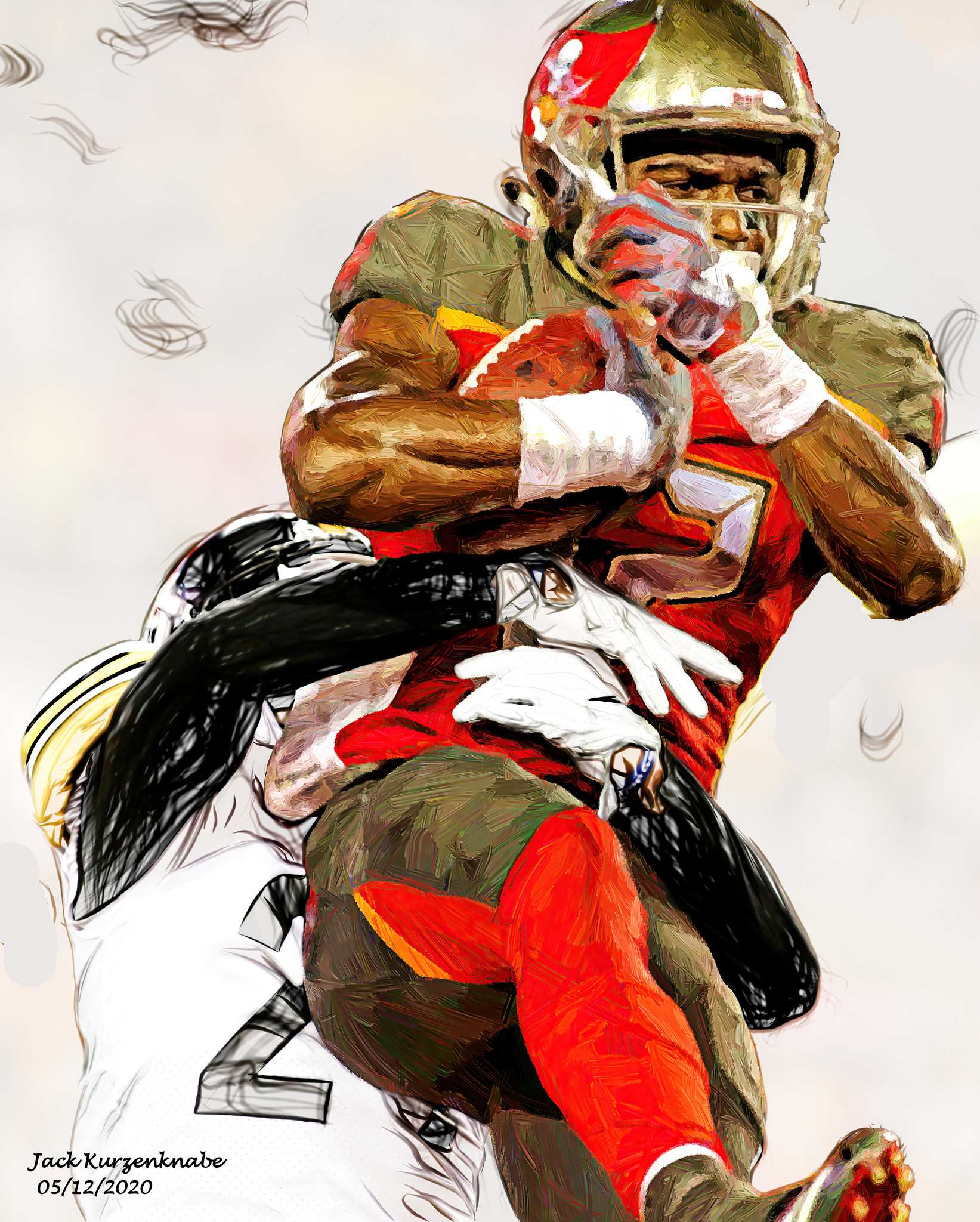 Which wide receiver and running back prospects would be a great fit for the Tampa Bay Buccaneers?

The Tampa Bay Buccaneers are coming off a Super Bowl victory and bringing back the entire crew which means that for them the draft is an opportunity to augment their team, as opposed to most teams who are looking for players to plug into their lineups right away. In this article we will focus on some of the wide receiver and running back prospects that would make sense for the Buccaneers to target.

At the wide receiver position, the Buccaneers have Mike Evans and Chris Godwin as their top two receivers. At the moment, there’s a big drop-off from the top two to the rest of the group. Last year they brought in Antonio Brown who is currently a free agent and it is unsure whether he will be back. Their next best receiver is Scotty Miller, who had a nice season with 33 catches for 501 yards and three touchdowns but could definitely be upgraded over.

Of course, the best aspect of adding offensive weapons to the Buccaneers is the opportunity to see them play with quarterback Tom Brady. For all the years that Brady has had a receiver group that was extremely underwhelming, it’s nice to be able to add a young talented wide receiver to the group.

With the final pick in the first round, there are two players that would make a lot of sense. The first is wide receiver Rashod Bateman from Minnesota, the second is running back Travis Etienne from Clemson. Either of these players would be major contributors for the 2021 Buccaneers.

In the late 1990s when John Madden was the voice of the Madden video games, one of the classic lines he’d say was, “speed kills!” Bateman and Etienne are the embodiment of this statement. Either of these players would be great for the Buccaneers late in the first round.

He runs the route tree well and has good size to be an outside target in the NFL. Playing alongside Evans and Godwin, Bateman will have the opportunity to be a deep threat but also make plays across the middle. He does need to improve as a blocker in the running game.

As far as Etienne is concerned, he could go as high in the draft as the mid-teens or as late as the second round. If he does fall in the draft, it’s not indicative of Etienne’s abilities, rather the deep running back class and the recent propensity to not draft running backs in the first round.

Etienne has speed and good vision for a running back. He ran for 4,952 yards and 70 touchdowns during his four-year career at Clemson and is also a big force in the passing game as he has a career 11.3 yards per catch average. At Clemson last season, Etienne was occasionally lined up as a wide receiver. This level of versatility would bring something to the Buccaneers’ offense that they did not have last season.

One thing he needs to continue to improve on is ball security. He had some costly fumbles in 2020 but that doesn’t take away from all the good he accomplished in college

The second round wide receiver who would fit well with the Buccaneers is Tutu Atwell from Louisville. Atwell is a smaller receiver than Bateman but also has great speed. Due to his size and speed, Atwell will excel with bubble screens and jet sweeps, which many teams are incorporating into their offense.

What makes him so enticing is his big-play potential. Imagine if in the first round the Buccaneers take Travis Etienne and come back in the second round with Atwell. They could have a lineup that would have big play potential on every play. Adding a dynamic player like Atwell could help bring the offense to the next level.

In his 32 college games, he has a total of 139 receptions for 2,303 yards and 20 touchdowns. He will probably be asked to be a special team player to start his NFL career, which he had little work on during his college days. He did have a few punt returns in 2019, if he can improve on his form, he would make a great return man due to his speed.

Fourth Round Running Back

There is something to be said to finding running backs at any point in the draft. In this situation, a good fourth round running back for the Buccaneers is Chuba Hubbard from Oklahoma State. He runs with good tempo and has good instincts when running through traffic. Additionally, he is an effective receiver, maybe not as top of the line like Etienne, but he is a good mismatch for linebackers in coverage.

The ideal role for Hubbard, especially early in his career is as a backup running back in a committee, which is what he would be in Tampa Bay along with Fournette and Jones. Hubbard would have the opportunity to sit and be a change of pace back early on and eventually, in a year or two, he could be their starting running back.

Pros and Cons For The Browns to Trade OBJ Away
Three Things We Should Know About a DeMeco Ryans Defense
wpDiscuz
0
0
Would love your thoughts, please comment.x
()
x
| Reply