Pros and Cons For The Browns to Trade OBJ Away 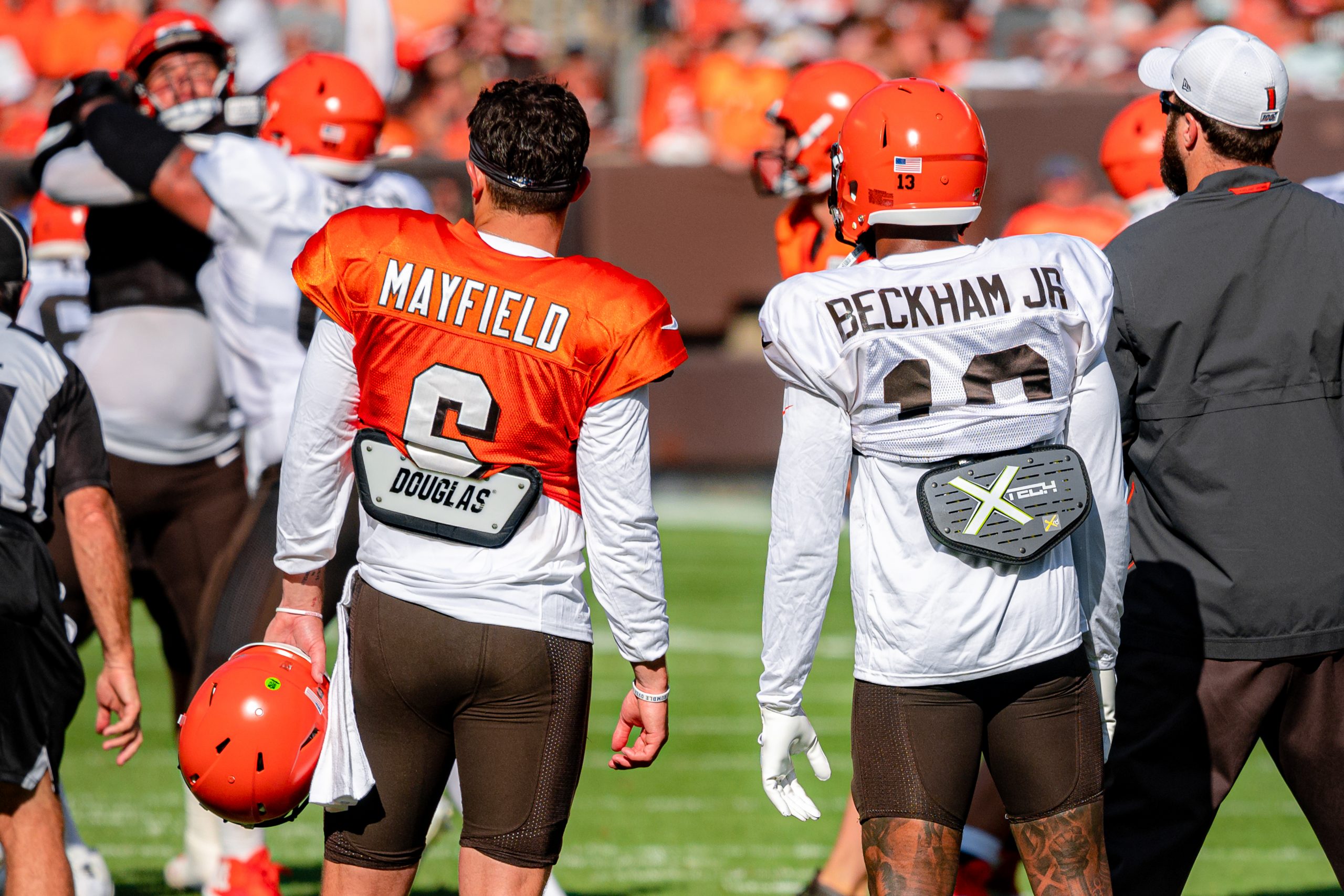 Odell Beckham Jr. has become one of the more polarizing players in the NFL, ever since being drafted by the New York Giants in 2014. After receiving a five-year, $95 million contract extension from Big Blue in 2018, OBJ forced his way out of New York with his off-the-field antics. The first franchise to step up in negotiations was the Cleveland Browns, who outbid the competition for the frustrated star wide receiver.

Pretty much since the day he touched down in Cleveland, trade talks have swirled around Odell and the Browns franchise once again. You see, Beckham didn’t choose the Browns, and he has not seemed truly happy in Cleveland since the day he arrived. Now Browns general manager Andrew Berry (who took over after the OBJ trade) has rumored that the franchise is open to dealing the playmaker for the right return.

Let’s take a look at the pros and cons of trading OBJ, from the perspective of the Browns.

Based on the current landscape of the NFL, this probably isn’t the best time to trade Odell. Unless a surprise bidder emerges, Cleveland would likely get short-changed at his current value. The smarter bet is to ride out OBJ for another year and hope that he has a bounce-back campaign. There should be much more of a market for the wide receiver in 2022, so long as Beckham stays healthy.

RB Draft Targets For Buffalo Bills: Should The Bills Draft a RB in Round 1?
Top WR/RB Draft Targets for the Tampa Bay Buccaneers
wpDiscuz
0
0
Would love your thoughts, please comment.x
()
x
| Reply