Three Things We Should Know About a DeMeco Ryans Defense 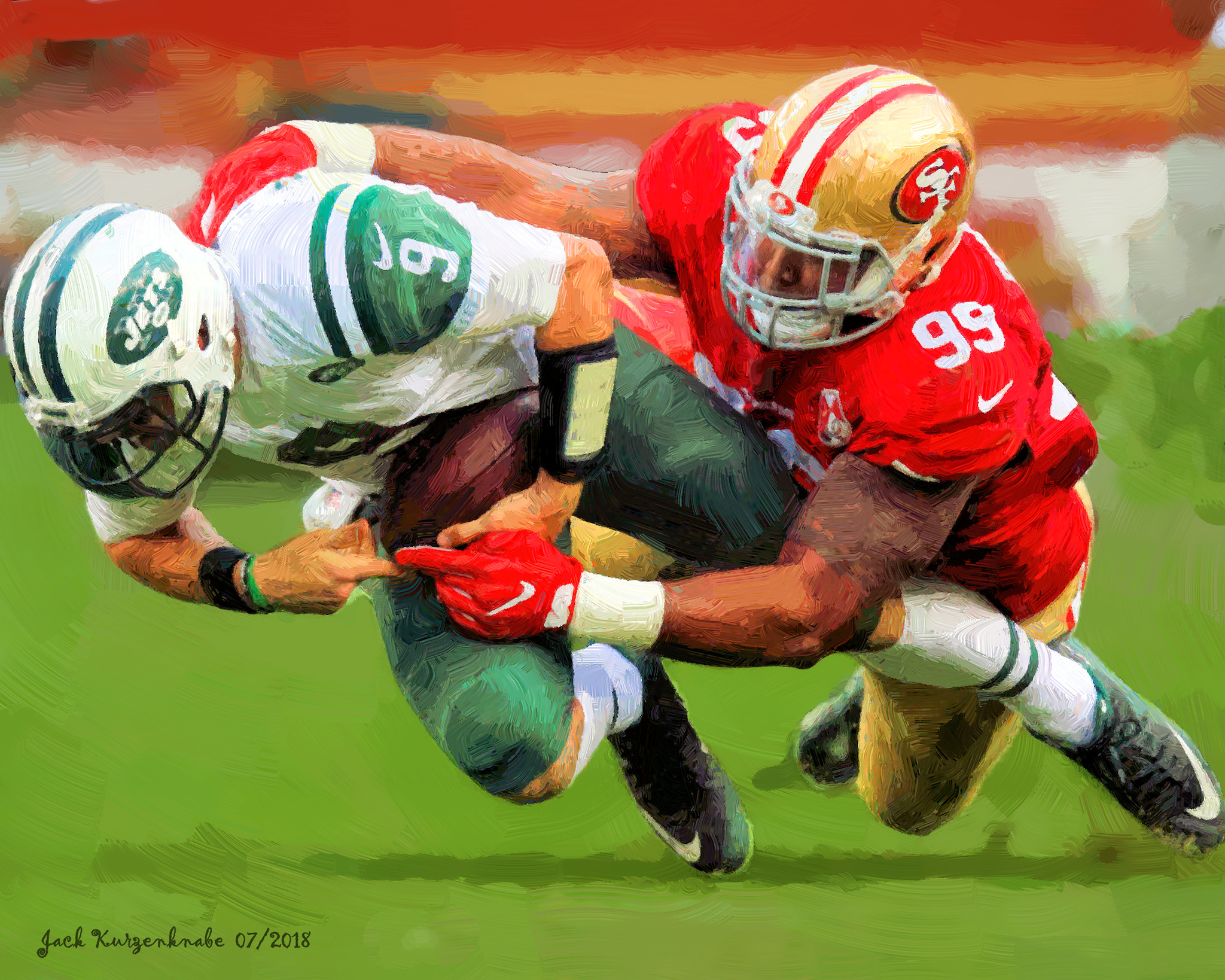 What Does The New San Francisco Defensive Coordinator Bring To the Table?

Former San Francisco defensive coordinator Robert Saleh was poached by the Jets to be their next head coach. That move left a giant void in the 49ers coaching staff. Lucky for organization, there was someone qualified and groomed to take the job. Within days, John Lynch announced Saleh’s successor would be their linebackers coach, DeMeco Ryans. The promotion from within was met with praise from his current players. He was also praised by players he has dealt with in the past including J.J. Watt.

All of the excitement notwithstanding, this is the young coaches’ first assignment coordinating an entire defense alone. To that end, little is truly known about what his overall plans are, or what type of scheme he plans to implement. That said, there are at least a few things we can expect in year one of the DeMeco Ryans era of the 49ers defense.

There is something to be said about walking into a house that already has most of what you want. Ryans will do exactly this. He will step in to lead a defense that was far and away the saving grace of San Francisco’s 2020 season. They were led by Fred Warner and Dre Greenlaw, both of which were part of the linebacking corps he coached. Both of which enjoyed outstanding years.

As a unit under Saleh, the 49ers ranked safely inside the top-10 in total yards allowed per game, and both rushing and passing yards allowed per game. As impressive as that is, Ryans will get Nick Bosa back for the 2021 season. Bosa’s absence on the line was noticeable. That said, the fact that the defense was able to hold its own was impressive. His return next season is like gaining a first round pick to an already strong team.

Not Much Should Change In Overall Scheme

This point draws from the old saying, “if it ain’t broke, don’t fix it.” Ryans is not an outsider to the team or the defensive scheme he’s inheriting. It’s certain that he won’t conduct business exactly the way his predecessor had before him. Even still, he witnessed first hand the effectiveness of Saleh’s approach. He would be wise to allow a majority of the philosophy to stay in place at least for his first season at the helm.

That’s not to say that he shouldn’t attempt to put his own stamp on his unit. It would just be better overall to slowly implement any changes he sees necessary rather than to make wholesale changes right away. You could also figure that one of the reasons San Francisco decided to promote Ryans was his familiarity with the defense the 49ers want to continue using in the 2021 season.

He Comes With Great Acclaim

A favorite designation when it comes to coaches is that they are a, “player’s coach.” This of course implies that he understands and relates with his/her players. Ryans fall firmly into this camp. As a former player himself, he knows exactly what his players are going through and speaks from his own experience. High praise has been showered onto him by not only Warner, but also former teammate J.J. Watt. They both played a part in a Texans team that won the AFC South and came within a game of the Super Bowl.

Leadership shared in their enthusiasm. This was evident by their naming him as the new defensive coordinator so quickly after the position was vacated. Not to mention the fact that there seemed to be no one else in the running for the job. It appeared to be his and his alone from the outset.

There is little doubt there will be an impact on the San Francisco defense without Robert Saleh. What the 49ers are hoping to accomplish with their new coordinator is a continuation of a formidable defense. It may take some time for Ryans to get his bearings in his new role. That said, he’s proven he has the potential for this increased responsibility and to build on the success of Saleh into the future.