Which QB Could Bill Belichick Trade Up For? 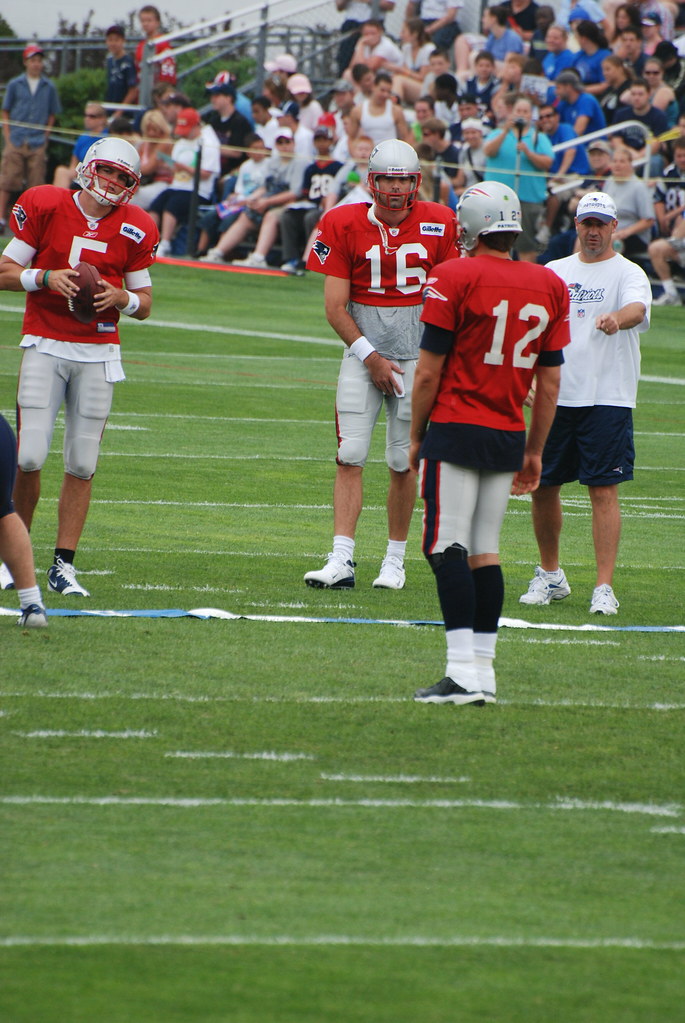 Which QB Could The New England Patriots Be Targeting In The NFL Draft?

The New England Patriots were fortunate enough to have stability at the quarterback position from 2001 to 2019 with Tom Brady running the show. But after the 2019 season that ended with a loss in the playoffs to the Tennessee Titans, Brady jumped ship to become a Tampa Bay Buccaneer. This left the Patriots in a tough spot with a major question mark on who would be the new starting quarterback. They ended up signing former Carolina Panthers quarterback Cam Newton to a short-term deal and had him compete for the starting quarterback job with Jarrett Stidham. Newton won the job, but looked more like a bridge quarterback than the next face of the franchise ”“ putting up a passing stat line of 242 completions, 368 pass attempts, 2657 passing yards, 8 passing touchdowns, and 10 interceptions.

In the 2021 NFL Draft, there are potentially five first-round caliber quarterbacks: Trevor Lawrence, Zach Wilson, Justin Fields, Mac Jones, and Trey Lance. Trevor Lawrence is a lock to go first overall to the Jacksonville Jaguars. The Jets, who pick second in the draft, just traded away former 3rd overall pick Sam Darnold to the Carolina Panthers so they could roll with a new quarterback ”“ likely targeting Zach Wilson. The 49ers traded up to the 3rd overall pick in the NFL draft to take a quarterback as well, which would mean that the Patriots can only grab the fourth quarterback off the board ”“ at best.

Let’s look at the three primary options the Patriots could possibly be targeting in the first round of the NFL Draft ”“ Justin Fields, Mac Jones, and Trey Lance.

Justin Fields is the quarterback that has the widest range of outcomes in the 2020 NFL Draft. He could realistically go as high as second overall to the New York Jets, or fall down draft boards into the mid-to-late first round. He’s got the freakish athleticism, running a 4.44 forty-yard dash at his Pro Day [1]. He’s flashed the arm talent, throwing for 63 touchdowns over his last 22 games at the college level with just 9 interceptions. He’s shown toughness and ability to elevate his play in big games such as his effort against the Clemson Tigers [2] in the college football semifinals where he completed 22 of 28 passes for 385 passing yards and 6 passing touchdowns despite taking a big shot to the ribs in the game [3]. The big narrative against drafting Justin Fields are that he’s a “one-read thrower” [4]. But many writers have pointed out that this may not be true [5] and given that he was the #2 QB in mock drafts consistently until immediately after the college season was over ”“ aka smokescreen season ”“ I don’t believe that the rumors he is slipping are true and he’ll end up hearing his name called within the first three picks.

Mac Jones had an incredibly efficient year in 2020 for Alabama, which skyrocketed his draft stock. He completed an astonishing 77.4% of his passes and threw for 4500 passing yards and 41 passing touchdowns ”“ and had just four interceptions. He’s shown some great pocket poise, decision-making, and accuracy that should translate to the next level. He doesn’t have the athleticism that any of the other top 5 quarterback draft prospects have, but make no mistake Jones can be a very solid starter in the NFL. It wouldn’t be surprising to see the Patriots target Mac Jones in the draft if he’s available in hopes of getting a quarterback in a similar mold to Jimmy Garoppolo or Tom Brady, but it’s possible that there is a better fit for what the team plans to do in the future.

Trey Lance seems like the most logical target for the New England Patriots in the 2021 NFL Draft. For starters, he’s a big bodied quarterback who is also a very strong runner. He would have the opportunity to sit & learn from Cam Newton who is one of the most successful players of that archetype in recent NFL memory. Secondly, even before the Patriots acquired Cam Newton, offensive coordinator Josh McDaniels has shown a love for this style of quarterback when he pushed for the Denver Broncos trade up in the 2010 NFL Draft to draft Tim Tebow giving up their 2nd, 3rd, and 4th rounders that year [6]. Lance also been reported to have a high football IQ and strong work ethic, which make him a very intriguing high-upside option [7].

The Patriots will have a couple of solid quarterback options in the 2020 NFL Draft and a lot of it will depend on how the draft board shakes out ”“ in particular who the San Francisco 49ers select at #3 overall. I believe that the first three picks of the draft will be Trevor Lawrence, Zach Wilson, and Justin Fields, leaving Mac Jones and Trey Lance as the options left for a team like the Patriots to trade up and acquire. One could argue that they can’t go wrong with either prospect, but based on the team bringing back Cam Newton for the 2021 season, I believe that Trey Lance is the guy the Patriots are targeting in the first round of the NFL Draft.

Buffalo Bills Draft: 3 Players Worth Trading Up For
Ranking each 4th overall pick from the last ten years of the NFL Draft
wpDiscuz
0
0
Would love your thoughts, please comment.x
()
x
| Reply