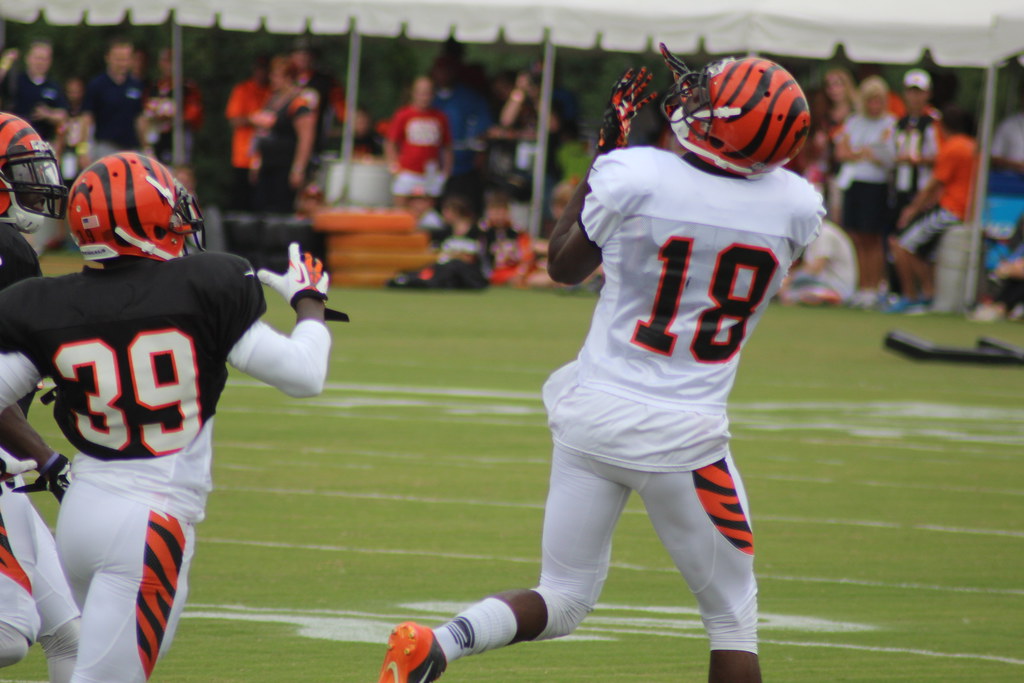 With the NFL Draft under two weeks away it’s a good time to look back at previous drafts. In this exercise we are ranking the 10 players drafted with the number four overall pick from 2011 ”“ 2020.

Additionally, it would be interesting to look at these same 10 players in a year from now and see what would have changed. As an example, the players drafted in 2019 and 2020 have had less of an opportunity to overtake players who have been in the NFL since 2011.

To help further this point, some of the players who were drafted in this time frame are no longer in the NFL. Right now they rank wherever they are but after a year or two more from the younger players on this list, there is an expectation that they should leapfrog anyone who is out of the league.

Andrew Thomas is number 10 partially because he has only played for one season and partially because in that one season he was underwhelming. Thomas was the first of four tackles taken early in the 2020 NFL Draft and the other three, Jedrick Wills (pick 10), Mekhi Becton (pick 11) and Tristan Wirfs (pick 13) all played better than Thomas did.

Sadly for Thomas, he will always be compared to Wills, Becton and Wirfs and while he might end up having a very good career, having been the fourth best in his rookie year could forever haunt him.

Clelin Ferrell, much like Thomas at number 10, is rated this low partially because of his minimal NFL experience as well as having not been too successful in his first two NFL seasons. In 2020 he missed some games due to being placed on the COVID-19 list in the middle of the season along with being placed on injured reserve towards the end of the season.

His six and a half sacks in two years is pretty pitiable, especially when you consider that the Raiders drafted Maxx Crosby in the fourth round of the 2019 draft and he has 17 sacks in his two years. With Crosby’s excellent output, perhaps the Raiders should have drafted someone else at number four overall. Once that thought is being said, clearly Ferrell should not be higher than ninth on this list.

Matt Kalil made the Pro Bowl in 2012 and everything looked like he was a great pick at #4 overall for the Minnesota Vikings. Unfortunately, he had some injury issues and his promising career was cut short. In the five seasons he actually played, he was called for 32 total penalties and only seven were for holding.

After being with the Vikings from 2012 ”“ 2016 he signed with the Carolina Panthers and had the opportunity to play with his brother Ryan Kalil. He only played one season for the Panthers before missing the 2018 season due to a knee injury. He attempted a comeback with the Houston Texans in 2019 but he didn’t stick with the team and has been out of the NFL since.

In 2021 Sammy Watkins will be playing for his fourth team in his career. Between injury and inconsistency, Watkins was too high of a pick especially when you consider the other wide receivers taken in 2014. Amongst them are Pro Bowl caliber receivers like Mike Evans, Odell Beckham Jr., Davante Adams, Allen Robinson and Jarvis Landry.

In his seven year career, Watkins has a career catch rate of 58.8% and only one season where he had over 1,000 yards receiving. Additionally, he has never had a season with double-digit touchdown receptions. He will be joining the Baltimore Ravens in 2021 and it is doubtful that his numbers will improve as Baltimore is a team that focuses more on running the ball than passing the ball.

Sometimes we have a bias due to what we just saw. Leonard Fournette was most recently playing very well for the Super Bowl winning Tampa Bay Buccaneers but looking at his four year career, he has not done much to be worthy of the fourth pick in the draft. In many ways, 6 ”“ 10 on this list could be changed any way you would like and Fournette has the advantage of the players behind him being younger or more injury-prone.

In his three seasons with the Jaguars he rushed for 2,631 yards averaging 73.1 yards per game and caught another 1,009 yards. Meanwhile, drafted four spots behind Fournette was running back Christian McCaffrey, who while being injured for most of 2020 still has about 500 more rushing yards and 1,600 more receiving yards.

What hurts Fournette the most is that he was released after the Jaguars could not find a team to trade him to. At that point, he signed a one-year deal with the Buccaneers and was a good contributor to the Super Bowl Champions.

Denzel Ward stepped on the field for the first time in 2018 and had two interceptions off Ben Roethlisberger of the Pittsburgh Steelers. It was a sign to all the Browns fans out there that Ward was the right pick at #4. He made the Pro Bowl as a rookie. If he can stay healthy, which has been no guarantee, he could climb into the higher echelon of cornerbacks and more importantly, be higher on this list next time we look it over.

As mentioned above, Ward has had some injuries in his first three seasons. He has played 37 games out of a possible 48 games. He has seven career interceptions and has given up only 10 touchdowns during that time. The Browns will have a big decision coming up as they assess if Ward is worthy of the fifth-year option or not.

Ezekiel Elliott is a three-time Pro Bowler and a two-time NFL rushing yards leader. There is a narrative out there that he is often injured but he has played in 71 games in his five-year career, out of the possible 80 games maximum he could have played. In 2016 he was named to the All-Rookie Team.

In his five seasons in the NFL he has a career 6,384 yards, with his low season being 979 yards in 2020. Over the last three seasons Elliott’s yards before contact has decreased, which some will say shows that he is not playing as well, when in fact it is more indicative of the offensive line not playing as well recently.

Lane Johnson is one of the best offensive tackles in the NFL even though he was the third tackle taken in the 2013 Draft behind Eric Fisher and Luke Joeckel. Amongst Johnson’s many accolades, he is a three-time Pro Bowler, was named to the 2010s All-Decade Team and was instrumental in the Eagles winning Super Bowl LII. What is possibly most impressive is that he is still playing on such a high level entering his ninth season.

Amari Cooper was drafted by the Oakland Raiders in 2015 and was successful early having consecutive 1,000 yard receiving seasons in 2015 and 2016, garnering a Pro Bowl bid in both of those seasons. After a less than stellar campaign in 2017, Cooper got traded to the Dallas Cowboys, where he has gotten back to his early career success.

Outside of the 2017 season, Cooper has been a top of the league wide receiver. Here are a few statistics for Cooper in the non-2017 seasons.

The only reason why Cooper is second on this list is that A.J. Green, who is first has been doing it longer.

A.J. Green is a seven-time Pro Bowl player who was drafted by the Bengals in 2011 and has played for them since. He has had some recent injury issues but managed to play in all 16 games for the Bengals in 2020. During the off-season he signed with the Arizona Cardinals.

Of his 649 career receptions, 508 of them have been for touchdowns or first downs. He has a career 57.4% catch percentage and is less than 600 yards away from 10,000 career receiving yards. He is most probably already a Hall of Fame player, but if he can stay healthy with Arizona and have a few good seasons in the desert, he should be a sure-fire Hall of Famer and that’s what made him the obvious choice for #1 on this list.