Three Quarterbacks to Benefit From a Rookie Wide Receiver 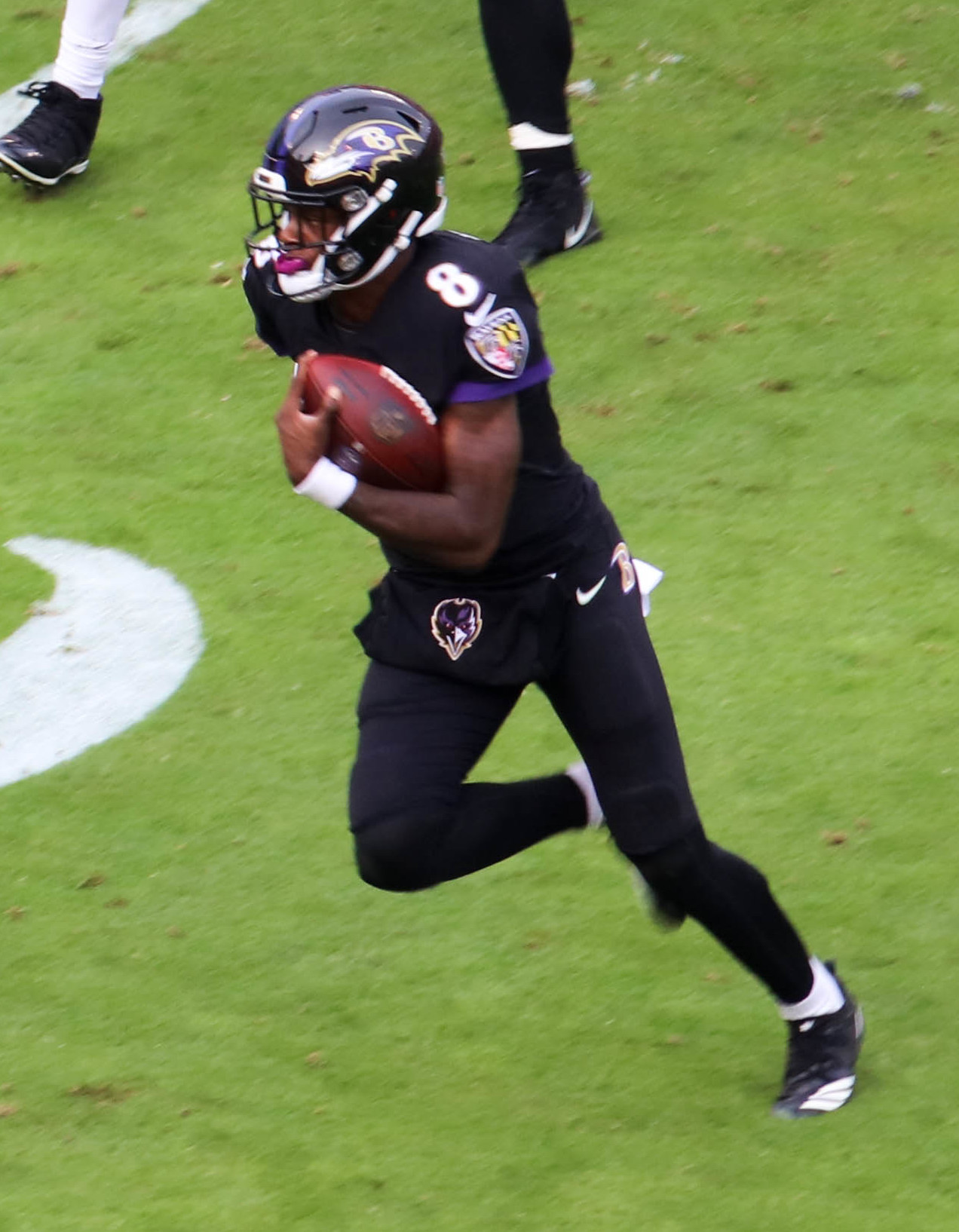 Day by day, we are getting closer to the draft. Fantasy analysts (myself included) are constantly trying to predict landing spots for rookie skill players. We’re often looking at how the value of a rookie wide receiver will grow based on their landing spot, so I decided to mix things up and look at how the value of our current veteran quarterbacks can grow, based on the addition of a rookie wide receiver.

Just one year ago, Dak Prescott was greeted by the addition of rookie wide receiver CeeDee Lamb, while fantasy managers were greeted with elite fantasy production from Prescott in his first five games, prior to his injury. Not only do we want these rookie wide receivers going to an offense that can support them volume wise for fantasy purposes, but we want our quarterbacks to benefit from these additions as well. So let’s take a look at three quarterbacks who could use another pass catcher.

Alright, so maybe your initial reaction to one of the studs in this wide receiver class going to Baltimore isn’t that pleasant. I’ll admit, initially I wasn’t the biggest proponent for this idea either, but recently I’ve had a change of heart. This is due to the concept that Marquise Brown is not the ideal alpha wide receiver for Baltimore, and he’s better suited as the team’s WR2. Yes, Lamar Jackson and Hollywood Brown can both benefit from the addition of a dominant wide receiver in this draft. I think people all too often mistake Jackson’s elite rushing ability for a lack of passing ability, and while last year he wasn’t as dominant in the passing game, his 2019 numbers paint a different picture:

It’s no secret that Jackson’s fantasy production took a dip last season – an 82.9 point dip to be exact. It was literally the difference between a historic QB1 season, and finishing as the QB10 overall. Jackson’s rushing was down as well, but not nearly as down as his passing numbers. In fact, only 24% of Jackson’s decrease in fantasy points scored was due to his rushing production. Jackson has elite mobility for a quarterback, but he still has an incredible arm. An arm that led the league in passing touchdowns in 2019. An arm that could benefit from the addition of another weapon.

So who could Lamar Jackson’s next receiving threat be? One rookie that could be available for Baltimore at 1.27 is Terrace Marshall Jr. out of LSU. Marshall is one of the few bigger-bodied receivers in this class, and he’s someone that profiles as an alpha receiver, which would be a great fit for Baltimore. However, if Baltimore goes a different direction in the first round, another player I’d be excited about Baltimore going after in the next round is Dyami Brown from UNC. Either Marshall or Brown could help revitalize Jackson’s passing game back to what it was in 2019. A solid addition to Baltimore’s receiving room would put Jackson back into the mix for finishing as the overall QB1 in 2021.

We all know Philadelphia hasn’t made the best draft choices when it comes to the wide receiver position. Between drafting Jalen Reagor over Justin Jefferson in 2020, and taking JJ Arcega-Whiteside over DK Metcalf in 2019, there’s been some disappointing moments. Perhaps these receivers simply couldn’t live up to their values due to the poor quarterback play over the past two seasons. On the other hand, Philadelphia has always heavily relied upon their tight ends in the passing game with Carson Wentz at quarterback. But how does Jalen Hurts compare when targeting his wide receivers compared to his tight ends?

For starters, Hurts isn’t the same system quarterback as Wentz was. Hurts targets his wide receivers at a higher rate, so if Philadelphia wants to give Hurts a real shot, they should turn their focus towards growing their three and four wide receiver sets. It also shows that simply Hurts doing his thing and more frequently targeting his wide receivers results in a more efficient passing game for Philadelphia. If they want to make Hurts work, they should work on building the offense around him.

So what are some possibilities for Philadelphia? Based on their part in the block buster trade, in which they moved from 1.06 back to 1.12, I think their intentions are clear that they plan on taking one of the top receivers. It also shows that they aren’t interested in taking top tight end prospect Kyle Pitts. At pick 12, the best overall option that should be available for Philadelphia is Jaylen Waddle from Alabama. Philadelphia and Hurts could really benefit from Waddle’s explosiveness and deep threat ability. Of course, if Ja’Marr Chase happened to fall to Philadelphia at 12, that would be another excellent addition for their offense.

I know this one is of the nature of speculation since we don’t know who the starter will be next season. Since we are already exploring best cases for fantasy purposes, there’s no better team to address than one deciding between Taysom Hill and Jameis Winston. From what we’ve seen, Jameis Winston should provide a decent boost to New Orleans’ offense, compared to Hill. I touched on this in my last article regarding Alvin Kamara. Regardless, as of now Winston’s only solid receiver is Michael Thomas, so adding in another target for Winston could prove useful for his fantasy value. Looking back, there was a certain point in Winston’s career where gaining a wide receiver named Chris Godwin boosted Winston’s fantasy value. Let’s take a look:

Winston scoring an additional 1.9 points per game adds up over time. That seemingly small boost can propel someone like Winston from a mid-range QB2 to a QB1. It’s clear that every aspect of Winston’s passing game and fantasy value grew when he got a solid addition to his receiving corp in Tampa. The same can be true with New Orleans. Having more mouths to feed isn’t a bad thing for a quarterback like Winston, and it isn’t a bad thing for his current elite receiver either.

So who could be on New Orleans’ draft radar? For starters, if Baltimore passes on Terrace Marshall Jr. in the first round, New Orleans should scoop Marshall right up. Marshall can complement Michael Thomas and New Orleans’ system well, setting up Winston for added success. Another solid fit for this receiving corp is Rashod Bateman out of Minnesota. Both Marshall and Bateman can provide versatility by lining up both outside and in the slot, making them great fits for New Orleans and Winston.