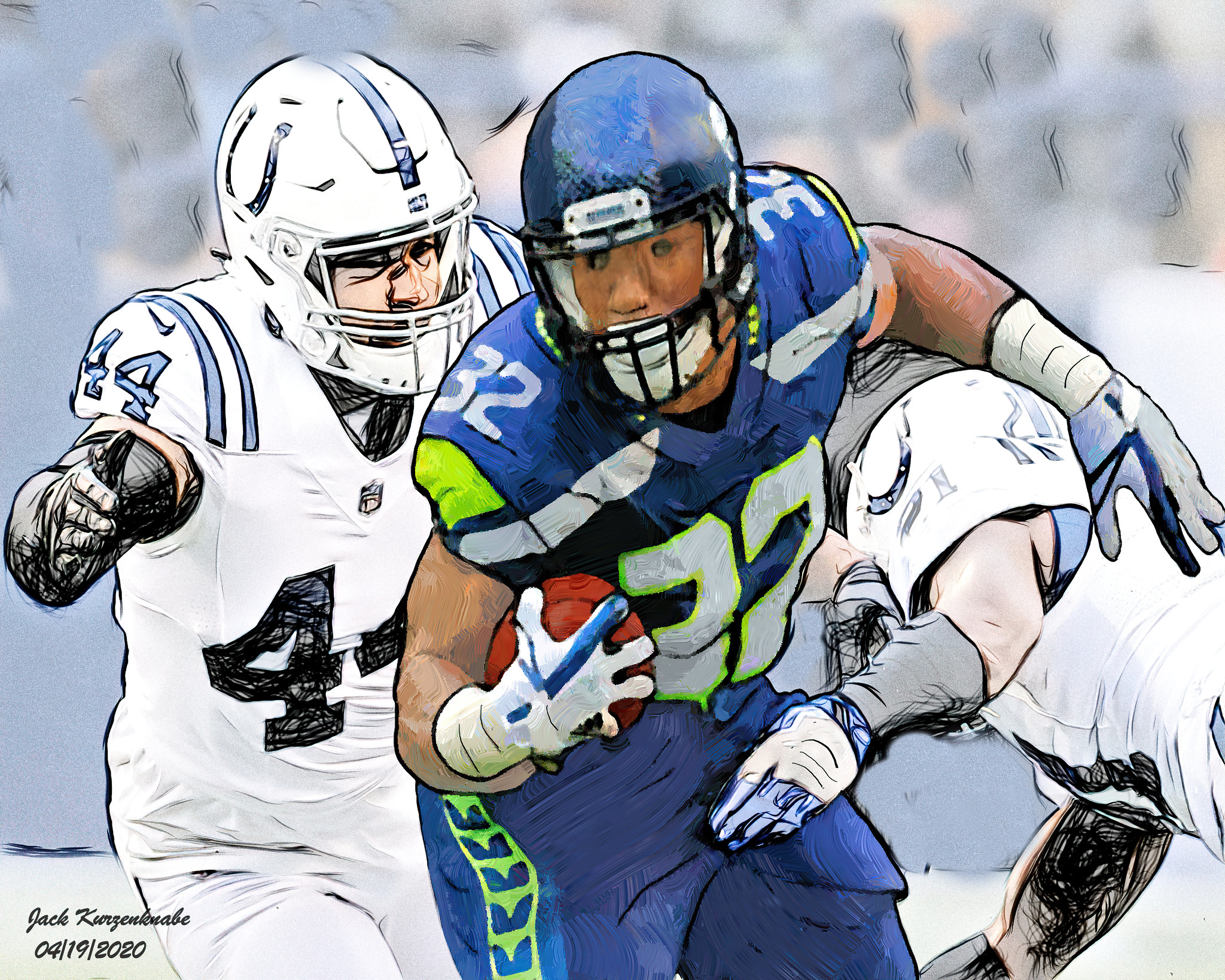 No matter the type of fantasy football league you are in. Running back always has tons of value. Here is 3 backs that are over the age of 26, that you should buy now.

Everyone is looking for young players in a dynasty setting, especially at the running back position given their short shelf life. The older the players get, typically means, the less valuable they get. With that being said, there are some running backs that are aging and still putting up solid numbers, and probably will do so for the foreseeable future. Two of these backs have been proven for a while and will continue to do so into their thirties, but the last guy is a bit of a sleeper. I am talking about Chris Carson, Melvin Gordon, and Mike Davis.

Chris Carson is number one on this list because he is in a run happy system and is the youngest of the three. Carson turns 27 right as the 2021-2022 season begins. Carson missed about 5 full games in the 2020-2021 season with an injury, but if he could have stayed healthy, he might have had his third straight 1000+ yard season rushing. Carson has an ADP of 61.54 right now in dynasty start up drafts, which is way more than a bargain for a guy that puts up the kind of numbers he does. If you are in an active league and someone else owns him, try to trade for him before the rookie draft. The owner may look to replace him with someone much younger while you could receive a proven running back. The Oklahoma State product has shown that he can pound the rock and produce good numbers for fantasy owners.

Everyone thought Melvin Gordon was declining when he sat out for a bit of the season a couple years ago and got out-shined by the younger Austin Ekeler. They would be wrong. Furthermore, He just turned 28 years of age and is still performing at a decently high level. Last year he was sharing touches with Phillip Lindsey and still hit just under 1000 yards rushing. The QB play was not the best in Denver last year and they did not utilize him in the pass game as well as they should have. That very well could change going into the NFL rookie draft, as Denver may be taking a young stud QB with the 9th overall pick. Now that Phillip Lindsey has departed to Houston, Melvin Gordon finds himself in a bell-cow type situation again, and he is about to have a great season. Besides his rookie season and last year when he sat out for the first part of the season, he has been over 1000+ all purpose yards for each season. He will continue to give good value to fantasy owners going forward. Gordon has a dynasty start up ADP of 83.74 which is about right for his age, but still a great deal for the production he gives.

Mike Davis the sleeper is not that big of a sleeper given the great season he had last year standing in for CMC. He had 8 total touchdowns and over 1000 all-purpose yards in the 2020-2021 season. Davis showed he can be the bell-cow and that he is not afraid the bulldozed someone over on the field, every week. As of now he is the starter in Atlanta and probably will be. His dynasty start up ADP is 121.98 and he will probably be pretty cheap to trade for as well. He will put up really good numbers as the starter in Atlanta for the next few years, so if you are on the championship hunt, get him on your team now.

Yes, these guys are aging a bit, but not in their numbers. They will continue to be good pieces on fantasy owner’s teams if they are the starters. No one on their teams are really going to challenge for many touches, so they should see plenty of volume. All of them are very versatile in the pass game as well which will help even more in a PPR setting. Chris Carson is the most obvious buy with the biggest upside, but he still will come at a good price. Trading a second-round rookie pick would not be too farfetched for him. Melvin Gordon has had the better career out of the three and is going to have a great next couple of seasons with no one in Denver to take his touches. Mike the sleeper Davis is going to come at the best value because of people underestimating his ability. You could get him with a backend rookie pick and get solid numbers from a starting running back. If you need help at the running back position or even just some depth, these guys may all come with a good bargain deal and will immediately help you win some games.