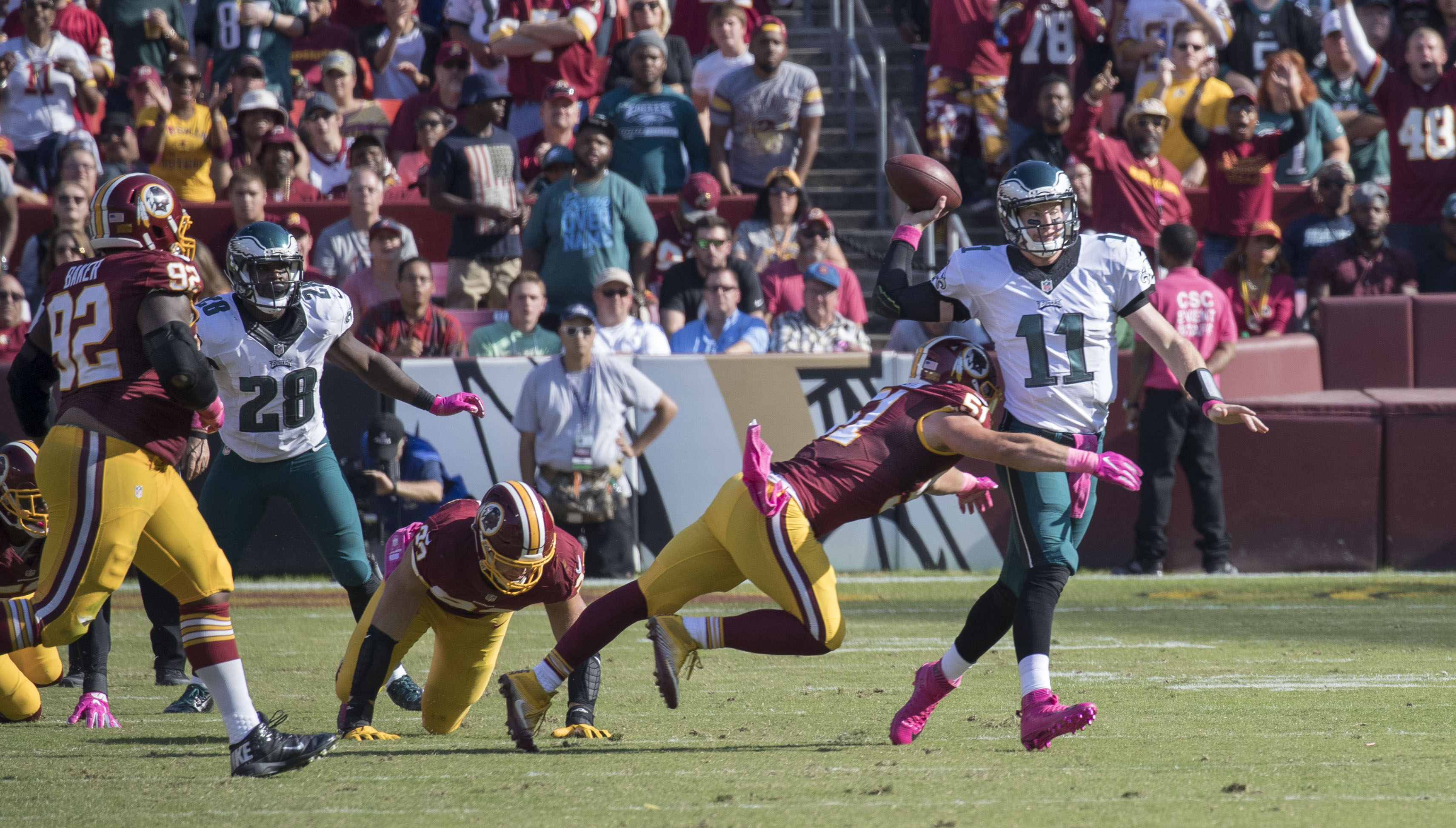 We are getting closer to the NFL draft and teams are jockeying for position to take the highest college quarterback prospects. We have seen teams trade away last year’s starters to place themselves in the best position they can. In this piece, we are looking at the QB’s who are perhaps being overvalued going into the 2021 fantasy season.

Similar to my previous piece I thought that James Conner moving to a new location might mean there will be a change of opinion about the player and there could be a rush to pick up said, player. The same can be said for Wentz. Now, the positive thing for Wentz moving from the Eagles to the Colts is that he can once again team up with Frank Reich who he was incredibly successful under especially during the Eagles Super Bowl run. Now as we know Wentz was injured during this run and was being touted for an MVP nomination.

I like many, hope that Wentz gets back to those levels. We can all agree that last year’s Wentz did not play to the standard that we have become accustomed to. How will he get back to that level? What will change in 2021? The Colts have not been very active so far in the free agency market to add offensive weapons for Wentz. Let’s compare the two groups of players he played with during 2020 and the players he will join in 2021.

*Above table shows the main players at each group

*Above table shows the main players at each group

Now if we compare the two groups of players do we think there is a massive step up as things currently stand? The running back group was special at the Colts last season with Jonathan Taylor exploding onto the scene, especially during the second half of the season. Miles Sanders is also an excellent running back who Wentz has worked with. The two wide receiver groups may be quite similar. Now, I am a big fan of Michael Pittman but outside of that, we have TY Hilton who is certainly still a very talented player but is now 31 and will turn 32 during the season, Zach Pascal who had the best receiving yards total of his career with 629 and Parris Campbell who has not played much football during his first two seasons in the NFL.

The Eagles had veteran receivers Alshon Jeffery and DeSean Jackson only played 7 and 5 games so they had to lean mostly on Travis Fulgham and rookie Jalen Reagor. In terms of the tight ends available, you could arguably say that the Eagles had a better group than the Colts. Now, if we look at the groups as a whole, we can see similarities between them and there are no huge differences there apart from maybe Taylor at the Colts. Unless the Colts add a few other weapons for Wentz in the draft I think for now he is being overvalued.

Like Carson Wentz, Sam Darnold finds himself in a new home after the Jets traded their starting QB to the Carolina Panthers. Many think it’ll be a fresh start for the young player and fingers crossed it will be. If we look at the above key statistics they don’t make for the best reading. Even during his best year (2019) he could only manage a 25th best completion rate and 26th QB rating within the league.

Now he has not had the best supporting cast, however, there have been some good players over the last three years. For example, Robby Anderson who he will now link up with once again in Carolina and Jamison Crowder were both good safety blankets for Darnold. In 2019 he had Le’Veon Bell to fall back on, although as we know this particular experiment did not work out for either party.

Now let’s compare the two seasons of Darnold and Teddy Bridgewater. Bridgewater managed 15 touchdowns, had the same amount of interceptions with 11 but finished 5th in completion rate and good enough for 17th in QB rating. Can we expect much more from Darnold? The biggest difference will be the return of CMC. If those two can click onto the same page it will certainly help the team moving forward. The interception rate is worrying for the Panthers. The lowest number of interceptions Darnold had was 11 and this came in 12 games in 2020. Hopefully, the link-up with Anderson once again and the excellent DJ Moore can help improve Darnold but for now, unless they add another top piece I will be on the fence on this one.

This one could be a bit out there. The first thing I would like to say is that I like this draft class of quarterbacks. This is not meant to be a knock on them as a group but more of a question mark over how well people expect the new player to do straight out of the gate.

We have seen the bounce some players have had once they have recently left the Jets and certainly after moving away from Adam Gase who himself has now left. It remains to be seen how the team will react to the change of coach and to the addition of a new quarterback into the mix. The same issues still face the Jets as they did in 2020. The offensive players available to Darnold did not fully lend themselves to help the young QB. Frank Gore, as good a player as he has been throughout his career will struggle to gain much more than 600 yards entering the twilight of his time in the NFL. Gore is a free agent and the Jets have added Tevin Coleman to the running back room but he is a player who struggled with health last season.

In terms of the wide receivers, Jamison Crowder remains and Corey Davis has been added after leaving the Titans. Davis had an excellent season in 2020 however he was the 3rd piece in the offence behind Henry and Brown so it will be interesting to see whether or not he can step up and be the number one target. Many expected the Jets to go out and add a high profile free agent receiver for their incoming rookie QB which many linking the likes of Juju Smith-Schuster and Kenny Golladay to New York however these did not happen and they still look a little light in that department.

Like I said at the top of this section this is not a knock on the QB talent of Fields or Wilson as I feel they can both be excellent QB’s in the league I would just temper expectations certainly for the 2021 season.