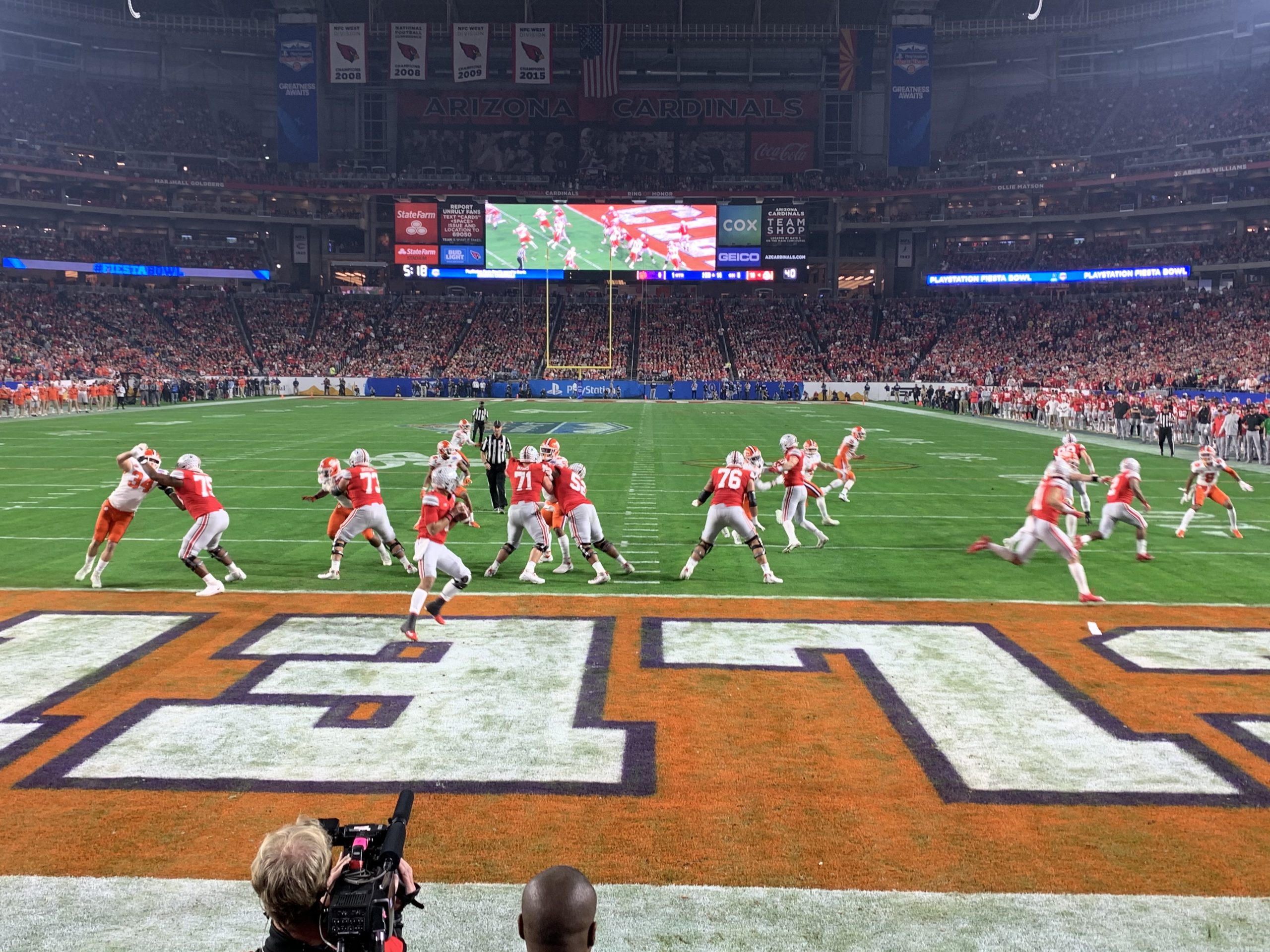 Who Does San Francisco Believe Will Benefit Their Offense The Most?

People who have similar patterns in taste, be it movies, music, or even partners, are said to have a “type.” This designation has been assigned to San Francisco head coach Kyle Shanahan when it comes to his quarterback preference. Over his years as an offensive coordinator and head coach, he’s been linked to traditional pocket passer style signal-callers. The two biggest examples that come to mind are Kirk Cousins and Matt Ryan. Some will add Jimmy Garoppolo and even C.J. Bethard to this mix as the prototypical, “Kyle Shanahan,” quarterback.

The question is though, does Shanahan really need a pocket passer to run his offense? It may seem as if he seeks them out. Although, it’s possible that a more versatile quarterback may get the job done, and maybe even do a better job. Let’s look at two of the main names being proposed as the San Francisco pick in the draft.

As the poster boy for the “prototypical,” quarterback, Mac Jones has been touted for his arm inside the pocket. His 4,500 yards and 41 touchdowns passing last season pretty much speaks for itself. He made big names out of the teammates that surrounded him. He exploded on the national stage during the CFB Championship stage. The question is, will that continue as a member of the 49ers. Also, does he have the necessary tools to do what will be asked of him in the Shanahan offense?

Coming into the draft as the young man Jones beat in that National Championship game is Justin Fields. The Ohio State product has not enjoyed the same statistical success as its competitor. What he has thought, is more of what makes for a successful quarterback these days. Like Lamar Jackson, Patrick Mahomes, and Kyler Murray, Fields can make plays in both the passing and running games with his legs. Whether it’s a bootleg or a designed keeper, he can move and elude with the best of them. On top of all of that, he was not surrounded with potential first-round talent. He was able to elevate the play of his teammates to an undefeated regular season.

Who Should Run Shanahan’s Offense?

So what does that mean in terms of which quarterback fits in the Shanahan system? Despite what many believe, Mac Jones is not the best fit. There is no question that he would be able to operate within it. That said, Fields could actually elevate the offense with his athletic abilities. Which is the shot in the arm San Francisco needs right about now. If they are intent on moving away from Jimmy Garoppolo, the smart money is not to replace him with another version of him.

Trading away as many picks as they did to move up in the draft should signal a desire for change. Jones will not offer the kind of change necessary to justify losing first-round picks in future drafts. With that said, here is how Fields not only fits but can help make Shanahan’s offense even better.

Work Off the Bootleg

One of the keys to the San Francisco offense is the ability to set up off the bootleg. This is because most of what Fields will be doing as a quarterback will be set up from the running game. Here we see at least one example of his ability to deliver the ball to the open receiver off the bootleg.

Again building on the premise of a strong running offense is the need to be able to throw from the play-action. Shanahan’s scheme calls on its quarterback to deliver accurate passes as well as being able to sell the run. This is something Fields has done better than almost every quarterback in college football for the past several years.

He’ll have two of the best receivers of his career around him in Brandon Aiyuk and Deebo Samuel. Both will be able to help bring out the best in the young quarterback. It’s highly likely we’ll see them making plays like this in years to come.

Of course, those are the skills Fields brings to the table that fit the 49ers scheme. What he has that a guy like Garoppolo doesn’t and can add some flavor to the mix, are his wheels. When you can not only throw off of a play-action but are capable of pulling it down and keeping it yourself, it’s just something else a defense has to take into account. This is the missing element from a Mac Jones type of quarterback. It’s that ever-present threat that the ball carrier is the guy taking the snap. Introducing that layer into an already successful offensive strategy could be the difference between a Super Bowl appearance, and a Super Bowl victory.

It’s likely that whoever the 49ers selected with the third pick in the draft will spend most of the year watching Garoppolo take the starting snaps. This is not entirely a bad deal since either would benefit from a year to absorb the offense fully. In fact, if it truly is Fields, having a few special packages for him could work in San Francisco’s favor. It would not only be a change of pace, but it would get Fields on the field in preparation for the day the team becomes his.

It’s clear that the 49ers feel they need to shake a few things up in 2021. There really is no other explanation for paying such a high price to move up a mere nine spots in the draft. So with that as the basis for argument, why take a player with as many similarities to the one you already have? It makes more sense to go all-in on the change and step outside of the norm. Jones is not the change San Francisco needs, Fields is.

3 most Overhyped Quarterbacks in the NFL Right now
The Four most Promising Players on the Atlanta Falcons
wpDiscuz
0
0
Would love your thoughts, please comment.x
()
x
| Reply