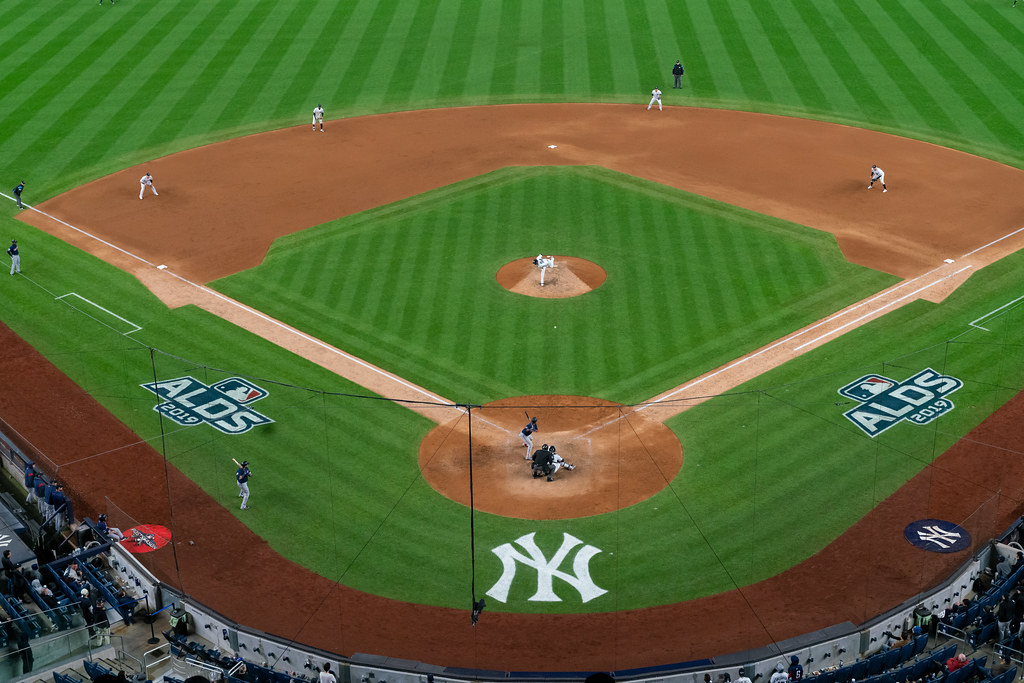 Can the New York Yankees turn their season around?

As I write this article, the initial favorites to represent the American League in the World Series are 6-11. To make things worse, they are already 6.0 games back of the red-hot Boston Red Sox for first place in the AL East, their most bitter of rivals. Now, obviously, this season is only 17 games young, a minor amount when you consider that the length is back to a full 162 ”” but the way the Bronx Bombers are playing right now is still concerning when the ultimate goal is a championship.

Some fans might brush this off as a minor setback, and they may be right. While others are criticizing every move made by Brian Cashman and the New York Yankees brass to date. To me, both arguments have some merrit to them, but we all know for a certainty that if George Steinbrenner were still alive today, heads would have already rolled. Cashman’s message to the fanbase yesterday was a bit different.

He didn’t quite go as far as the Daily News headline, but the general manager did note that the Yanks are “not reactive,” and that they have “full confidence in [their] staff,” meaning manager Aaron Boone’s job is safe ”” for now. Cashman also reminded fans that slumps happen and that while the organization does take the blame for the on-field product, they also believe that the product will improve dramatically.

As surprising as this start has been, there were precursors of this nosedive. I’ve outlined five reasons for the Yankees first 15 games, and none of them occurred without warning.

5. Ownership and the Fallout of the Pandemic

As I mentioned above, George Steinbrenner never would have allowed a disaster like this without consequences. The legendary owner was known for his propensity for firings. His son, Hal Steinbrenner, is a much more patient man. Hal has also put the faith of the franchise in Cashman’s hands, which was never the case with his father. Like it or not, the fear of “the axe” can serve as proper motivation for both players and staff. Another difference between George and his sons has always been the willingness to spend on this roster above all else. The Yankees are still one of the MLB’s top spenders, but there was a noticeable shift this offseason after the pandemic rocked the franchise’s revenue stream (more on that below). According to an article by Biz Journals, no team lost more revenue in 2020 than the New York Yankees (a projected $437,867,856).

The American League East has been pretty top-heavy the past couple of seasons. Outside of the Tampa Bay Rays (who continue to own the Bombers by the way), the competition in the East has been weak ever since 2018. This season, it’s arguably stronger than ever. The Baltimore Orioles are still bottomfeeders, but even they have improved with rising prospects like John Means, Cedric Mullins and Ryan Mountcastle turning heads. The aforementioned Boston Red Sox seem to be back in the hunt with Alex Cora back at the helm. The Toronto Blue Jays have gone from a team destined to finish at least 10 games under .500 to a promising contender with their eyes on a title. The Jays were also much bigger spenders than NYY this offseason, making moves for George Springer, Kirby Yates (lost to injury, but still went after him in free agency), Marcus Semien, Robbie Ray and Steven Matz. And finally, fresh off another series sweep of the Yankees, the Rays are defending AL East and AL Pennant Champs. This is one of the more balanced divisions in baseball right now, and it’s shown over the first two and a half weeks.

3. An Annointed but Unproven Core

Aaron Judge, Gleyber Torres, Luis Severino, Gary Sanchez, Miguel Andujar, Clint Frazier… the list goes on. Besides Torres, this core has grown together throughout the Yankee farm system for half a decade at least. Before winning anything though, it always felt like they were annointed as the next Pinstripes dynasty prematurely. To be fair, they have made it to the top of the AL East and lost heartbreaking AL Championship Series’, but they have yet to shine in those defining moments. Cashman has even added to this core many times; Gerrit Cole, Giancarlo Stanton, DJ LeMahieu, Aaron Hicks, Aroldis Chapman, Zack Britton, Gio Urshela and Luke Voit to name a few. Yet no matter what, this core seems to falter some way or another. They have struggled against dynamic pitching, been labeled as home-run hittters, played poor defense, gotten injured, and faltered in the clutch both on the mound and at the plate. Now this core is at its low point, and they must overcome all of the labels of their past. I definitely think this is still possible, but the Bombers have to get back to the basics.

2. Bargain Buys in the Rotation

One thing I really hated about the Yankees offseason was their moves in the rotation. I thought the lineup may have been strong enough to overcome these decisions, and maybe it will long-term, but Cashman’s band-aid acquisitions at starting pitcher have been disastrous so far. Mashahiro Tanaka and James Paxton were allowed to walk (obviously the Paxton decision seems smart after his season-ending injury), and while I don’t necessarily disagree with that, they were replaced with Corey Kluber and Jameson Taillon. WHAT?! Kluber pitched seven games in 2019 and one in 2020 due to injury. To the eye of any average baseball observer, he not only seems past his prime, but totally washed up with a significant drop in velocity and a sharp increase in both walks and HR’s per nine innings. Taillon pitched seven games in 2019 and zero in 2020 ”” are we noticing a trend here? These fliers had about as good of a chance of hitting as me playing the Powerball, and they actually paid Kluber $11 million! The other savior we all heard about was Domingo German (which is ironic given his past). Fresh off suspension, German has a 9.00 ERA this season through his first two starts. Cashman has failed at building a championship caliber rotation for years and years, but this 2021 rotation may not even be playoff caliber. If things don’t improve quickly, the Pinstripes MUST turn the rotation over to younger arms like Deivi Garcia and Michael King (0.00 ERA in 2021) behind Cole.

1. The Arrogance of Brian Cashman

This ties back into some of the points above, especially two and three, but I do believe there has been an arrogance displayed by this general manager the past few seasons. First, Cashman fired Joe Girardi, a top-notch manager by all accounts. No matter what he may have said, he did this because he wanted total control of the NYY franchise. I’m not blaming Boone for this 15-game stretch, but I do believe Girardi was (and still is) the better manager, and it’s possible that the ex-Yankees skipper might have already won a World Series with this core had the change never occurred. Second, he has ignored the obvious detriments of the core he’s built rather than admit his mistakes. Whether we are talking about Judge’s injury-prone nature, the lack of starting pitching, Sanchez’s failures, the team’s inability to hit for contact, or even the trade for Stanton (which turned out to be a colossal bust), Cashman has never displayed a willingness to adapt or deviate from his plans. Instead he has insisted time and time again that this is a championship core, when it has yet to display that in the postseason.

So, is a 5-10 start the end of the world? No. Is the 2021 season still in reach? 100 percent. My question to Cashman at this moment would be this; even if this roster is better than its record, is it honestly good enough to win a championship? Right now the truth is it isn’t, and the Yankees long-time GM should have to answer for that.