After a 14 year career, Jay Bruce Retires from MLB 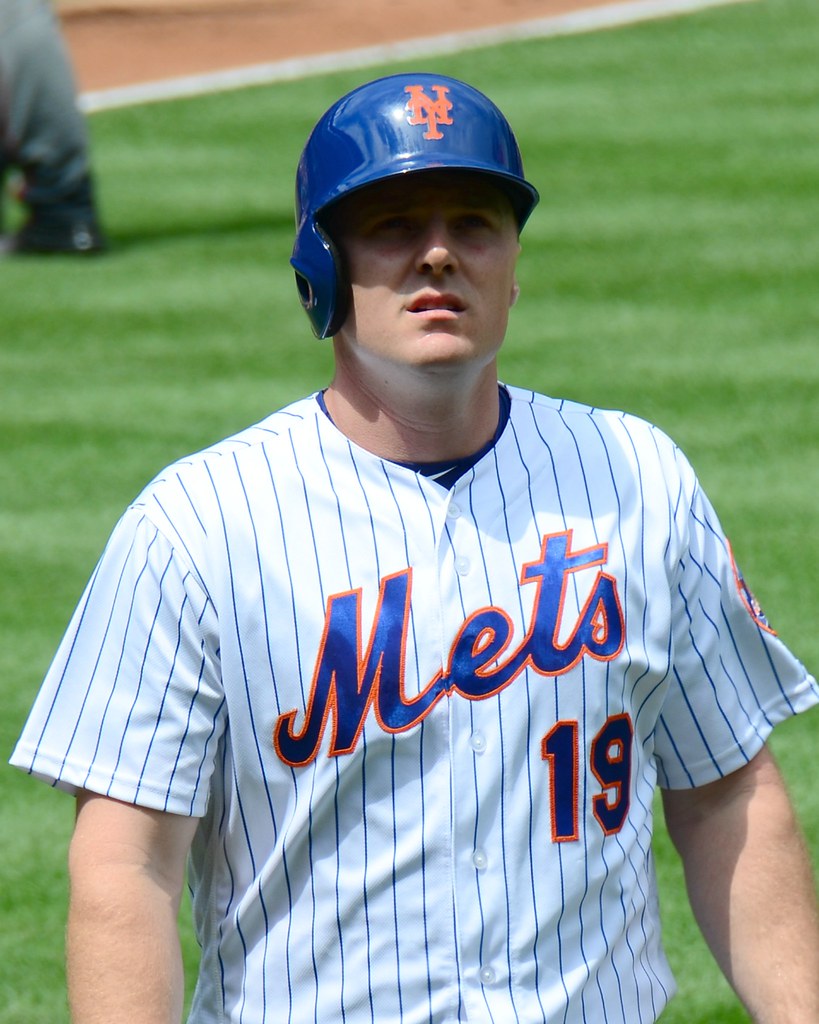 Early into his 14th big league season, Jay Bruce retires from MLB. The announcement was made public before Sunday’s game vs. the Tampa Bay Rays. Surprising news to some because it appeared that the 34-year-old slugger still had some baseball left in him. However, Bruce wanted to exit the game on his own terms.

Much like many professional athletes, Bruce has always held himself to a high standard. In a statement made by Bruce, he discussed some of his reasons for landing on retirement.

“I was so lucky to have set a standard for myself throughout my career that was frankly very good most of the time. And I don’t feel that I’m able to do that, and I think that was the determining factor in the decision. And I feel good about that decision and I feel thankful honestly to myself that I could be honest enough with myself to understand that it’s time for this chapter to close.”

It takes a lot of heart and guts to admit that you aren’t the player you used to be. Bruce was stoic as he announced his retirement. He played the game right, and not only was he a great player, but a great teammate and friend as well. This was made very clear in a heartfelt goodbye from former teammate and Reds legend Joey Votto. See Votto’s goodbye here.

Call It A Career For Jay Bruce

As Jay Bruce retires in 2021, his big-league journey began back in 2005. Jay Bruce was the 12th overall pick out of West Brook Senior High School by the Cincinnati Reds in 2005. Fast-forward to 2008, and Jay Bruce was the league’s number one prospect, according to mlb.com.

Bruce broke onto the scene that same year, finishing 2008 in 5th place for the Rookie Of The Year voting. Bruce appeared in 108 games his rookie year, blasting 21 homers with a .254 batting average as the Reds finished the regular season 74-88.

The first of three All-Star appearances by Jay Bruce came in 2011. Subsequently, in 2012 and 2013, Bruce finished top-ten in MVP voting and was forced to clear space on his shelf for two Silver Slugger awards. As a new chapter begins in the life of Jay Bruce, he concluded his baseball career with a lifetime batting average of .244 with 219 homeruns and 951 RBI.

In 2016, The Cincinnati Reds dealt Bruce to the New York Mets for the Colombian-born second baseman, Dilson Herrera. After he departed from Cincinnati, however, Bruce’s decline became evident. Hard to knock Bruce because from 2016-2021, his baseball career seemingly lost all stability.

From red to blue to pinstripes, Bruce has played for six big-league clubs throughout his career. Most notably, for the Cincinnati Reds. He helped the team reach the postseason three times throughout his tenure in Cincinnati.

Jay Bruce signed a minor league deal with the New York Yankees this offseason. After the Yankees starting first baseman, Luke Voit tore his meniscus in Spring Training, a spot opened up for Bruce on the Opening Day Roster.

The resurgence of Jay Bruce didn’t begin here. Approaching the end to the third week of the MLB 2021 season, Bruce hasn’t impressed. Posting a .188 batting average with four hits in 10 games.

The supposed-to-be powerhouse Yankees were quick to recognize the lack of production Bruce produced early on. This prompted the club to trade for long-time Texas Rangers second baseman Rougned Odor. The move left Bruce looking at the lineup from the outside in.

The Yankee’s plan is to start Odor at second base, moving D.J. LeMahieu over to first, eliminating Bruce from the lineup. It didn’t take a rocket scientist to see the writing on the wall for Jay Bruce.

Well, that’s a wrap for Jay Bruce’s career. So, what does the future hold for the long-time Cincinnati Red? “My son starts kindergarten in August, so I will be shuttle service at the very least,” said Bruce. In the long 162-game MLB season, players aren’t allowed the ability to be the husbands or fathers they aspire to be. So, as Jay Bruce retires, the short-term goal of being a shuttle driver for his son sure sounds like a pretty good one.