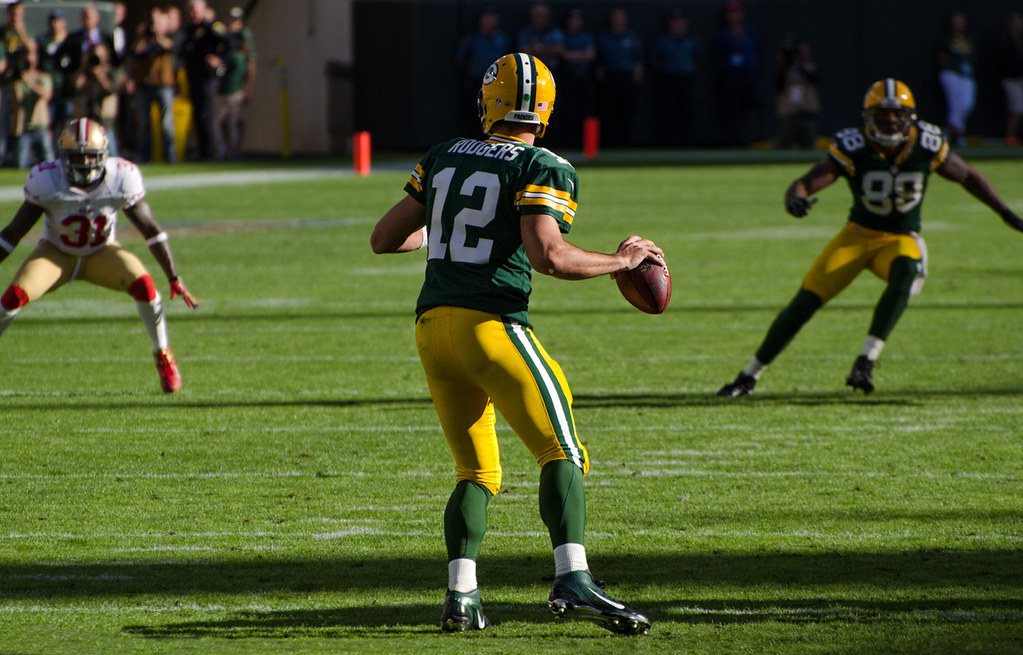 Matt LaFleur has made the Packers elite

Matt Lafleur’s first two years as a head coach were almost perfect. The Packers head coach guided Green Bay to consecutive NFC Championship appearances. The young head coach is one of the best offensive minds in football. With Aaron Rodgers back to an MVP level, LaFleur is proving to become an elite head coach. It is time to learn a little more about the head coach and the offense he implements.

Coating the System With Some Sugar

One of the biggest misconceptions around LaFleur’s offense is that it is highly complex. It isn’t; it just looks very complex. In the first two weeks of the 2020 season, the Packers posted over 1000 yards on offense. In that time, 13.5% of the plays they called were mesh plays.

However, they don’t line up in the same formation on those plays. Green Bay condenses the formation on some looks; they use plenty of pre-snap motion to disguise the play. The mesh play’s purpose is to beat man coverage.

Green Bay adds a new level of complexity to an essential play that creates a pre-snap mismatch. LaFleur is aware of the advantage that can develop. Rodgers is a quarterback with superb cerebral skills; giving him a clear edge before the snap means he is already several steps ahead of the defense.

Green Bay runs the mesh a lot, although it looks very different due to its variety in pre-snap. LaFleur is a disciple of Kyle Shanahan; it is a staple component of the Shanahan offense. LaFleur uses it to an extreme effect due to the talent of his quarterback.

After the success of Bill Walsh and his 49ers, all teams adopted the tactic of scripting plays. Matt LaFleur scripts play’s to a high level; it is not for the comfortability of his players; it is to keep the defense off-balance. The playoff game against the Rams was the prime example of it.

LA came into that game with the number one pass defense, while the Packers arrived into the game with the MVP elect. Most observers thought that Rodgers would go out and beat the Rams with his arm.

Instead, LaFleur took control away from his star quarterback. The Packers scripted swing passes, quick-hitters and designed check-downs to keep LA discombobulated.

Furthermore, Rodgers’ first three passes had three different targets. They neutered Jalen Ramsey by spreading the ball around and away from Devante Adams. The ability to embrace change is something that LaFleur and Rodgers made work in 2020.

Going into that game, everyone thought Adams v Ramsey would be the deciding matchup. Instead, LaFleur took the Rams best defensive player away while keeping his skill players and quarterback involved.

Using the Run Game to Create the Passing Game

The fundamental element of the Mcvay/Shanahan offense is establishing the run out of passing formations. Most team’s telegraph a run play because of the offensive appearance. If the offense is in 12 or 22 personnel, the call is almost sure to be a run play.

What the Packers like to do is run the ball out of 11 or 10 personnel. Those formations aren’t the jumbo packages that some unimaginative teams would use; Green Bay won’t tip the play when lining up in passing personnel.

They shrink the system; therefore, their receivers don’t line up near the sideline; instead, the play gets condensed near the line of scrimmage. From this position, the Packers can run the ball or pass the ball without making massive changes on the field.

It all links back to them, calling the mesh play’s so often. It is adaptable depending on the pre-snap read; the quarterback could audible out of it while still maintaining the correct fundamentals for the called play.

It is an excellent use of the run game in 2021; not all teams are the Titans who can pound the ball endlessly. The Packers create the illusion of a heavy run game to generate an intelligent, consistent passing game.