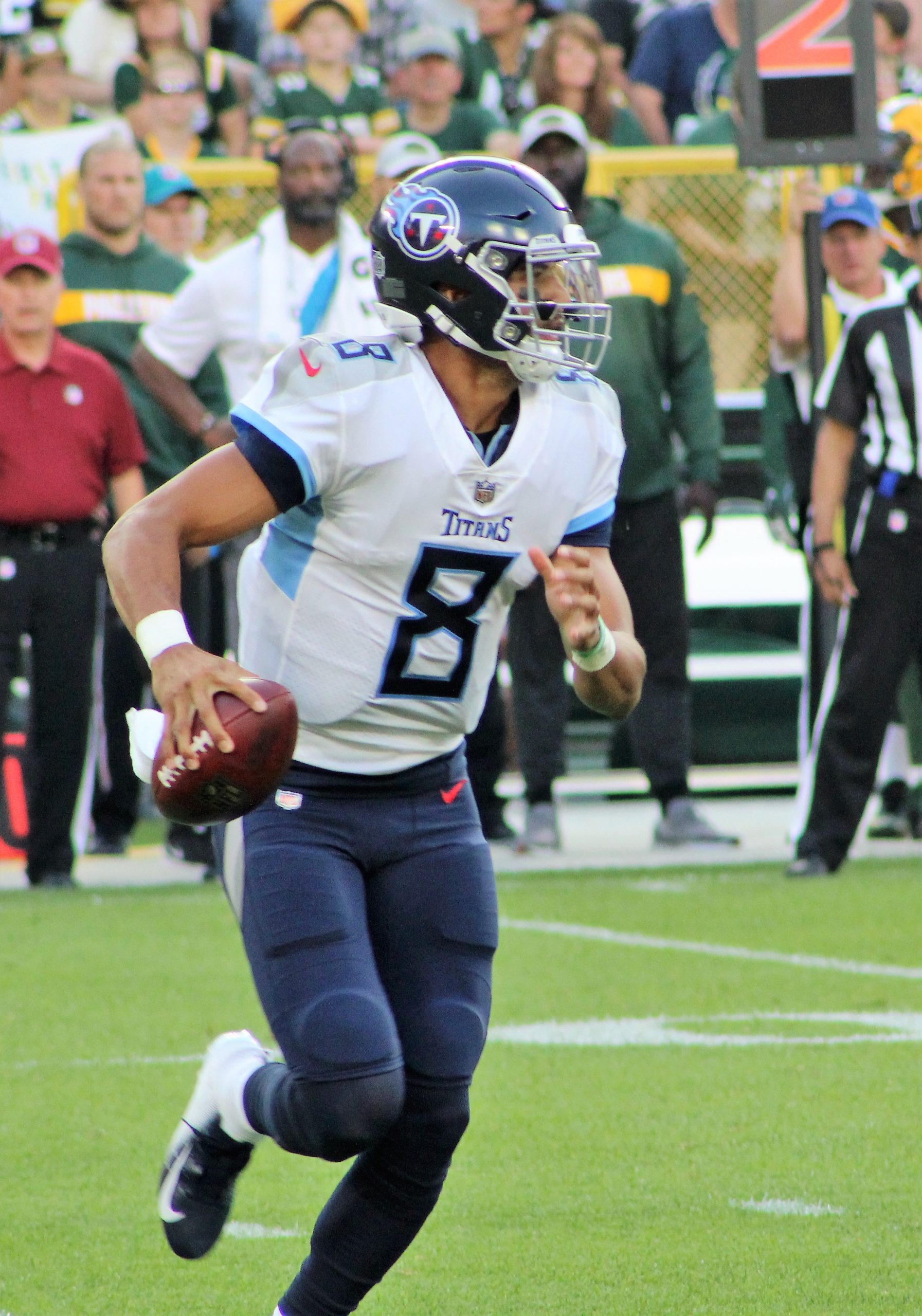 Mariota to the Bears?

With the 2021NFL Draft being just a week away, there is a chance we could still see a few trades go down. With teams having needs post-free-agency, they may want to fill their roster out prior. This gives teams the flexibilty to draft the potentially best player available, in a class where there is an expected rush on the quarterback position early on.

While I do not expect to see a trade with heavy implications or trade of a Russell Wilson magnitude, there could be some veterans on the move.

There is also the possibility of teams taking fliers on former high-profile draft picks, that didn’t quite pan out for whatever reason. This option always makes sense, as you are getting young players on cheap contracts, for what is typically a cheap price tag.

What are some trades that would make logical sense?

If I am Bill Belichick, I would be looking to move the former All-Pro cornerback while I could. Gilmore will be a free agent after the 2021 season, if you could recoup a fourth-round pick in this year’s draft as well as a third in next year’s, I would pull the trigger on this one.

While Gilmore has been nothing short of outstanding in Foxborough, he is officially 30 years old and has one year left on his contract. Every great thing comes to an end eventually, and it may be time for the Patriots to move on.

As it stands, the Colts are rolling out Rock Ya-Sin, and Xavier Rhodes as their starting cornerback duo. That is telling as it portrays to the NFL Draft, as it is not a productive enough room to be successful in today’s NFL. Going into the NFL Draft with glaring needs is never a good thing. This can show your hand and gives opposing teams the opportunities to jump you to take your guy.

Trading a couple of mid-round picks for Gilmore would not mortgage the Colts’ top two selections, and would fill an immediate position of need. This gives them an opportunity to select a talented wide receiver and add protection for the newly acquired quarterback, Carson Wentz.

Indianapolis has a strong roster, this would make their defense even better. It would also provide them with the chance of adding some key, future contributors to their leaky offense.

2. Zach Ertz to the Jacksonville Jaguars

With the first pick in the 2021 NFL Draft, the Jacksonville Jagaurs select quarterck, Trevor Lawrence, Clemson. That can be penciled in.

As Lawrence steps into an offense that isn’t exactly loaded with talent, adding a veteran tight end could provide immense value. Ertz was once amongst the conversations of the best tight end in the league, along with George Kittle and Travis Kelce, then 2020 happened.

Since the beginning of the 2020 season, Ertz has now lost his starting job to Dallas Goedert and should be open to relocating in pursuit of a fresh start. This trade could bring the Eagles a possible 5th round pick and cap relief, while it gives Lawrence a veteran option on an offense that is surrounded by youth.

The last thing the Jaguars should want is to bring Lawrence in, and kill his passion with an underwhelming chance at success. They have the cap flexibility as well to absorb any kind of bloated hit that it would take to acquire him, which would be around 8.5 million for 2021. It may just be a rental for the Jaguars, but Lawrence is not a rental, and if acquiring a safety blanket like Ertz to help him grow, then, by all means, go for it.

3. Marcus Mariota to the Chicago Bears

When it comes down to the quarterback postion, the Bears have been the center of comedy for the past few years.

During the 2017 NFL Draft when the Bears traded multiple picks, to slide up one spot to draft underperforming Mitchell Trubisky. Ever since this questionable decision, they have been searching for a legitimate starting quarterback. They passed on the face of the NFL, in Patrick Mahomes, and what was looking like a potential Hall of Famer in Deshaun Watson, to trade up for Trubisky.

Mariota is not gonna come in and be the face of the franchise type guy I do not believe, but he can come in and bring some potential upside. The former 2015 2nd overall draft pick has had an up and down career, but he could see this as his opportunity to put the train back on the tracks, similar to his successor, Ryan Tannehill.

As for Mariota’s contract, he is scheduled to make only 3.5 million in 2021. That is a feasible contract, even for a backup quarterback. While the Bears’ have been in awe over starting quarterback Andy Dalton, I have no choice but to believe they’re just trying to hype “their” guy up.

This at least brings competition into the room and gives the Bears flexibility to trade current backup Nick Foles. Mariota brings much more intrigue than an aging, underwhelming Foles does in my opinion. If they were able to trade Foles and use that capital to sweeten a deal with the Las Vegas Raiders, I would go after Mariota. He at least brings some “unknown” and if you are spending a mid-round pick on something, “unknown” could become rewarding.

The Four most Promising Players on the Atlanta Falcons
Dynasty vs Redraft: Which type of league is better?
wpDiscuz
0
0
Would love your thoughts, please comment.x
()
x
| Reply