The Four most Promising Players on the Atlanta Falcons 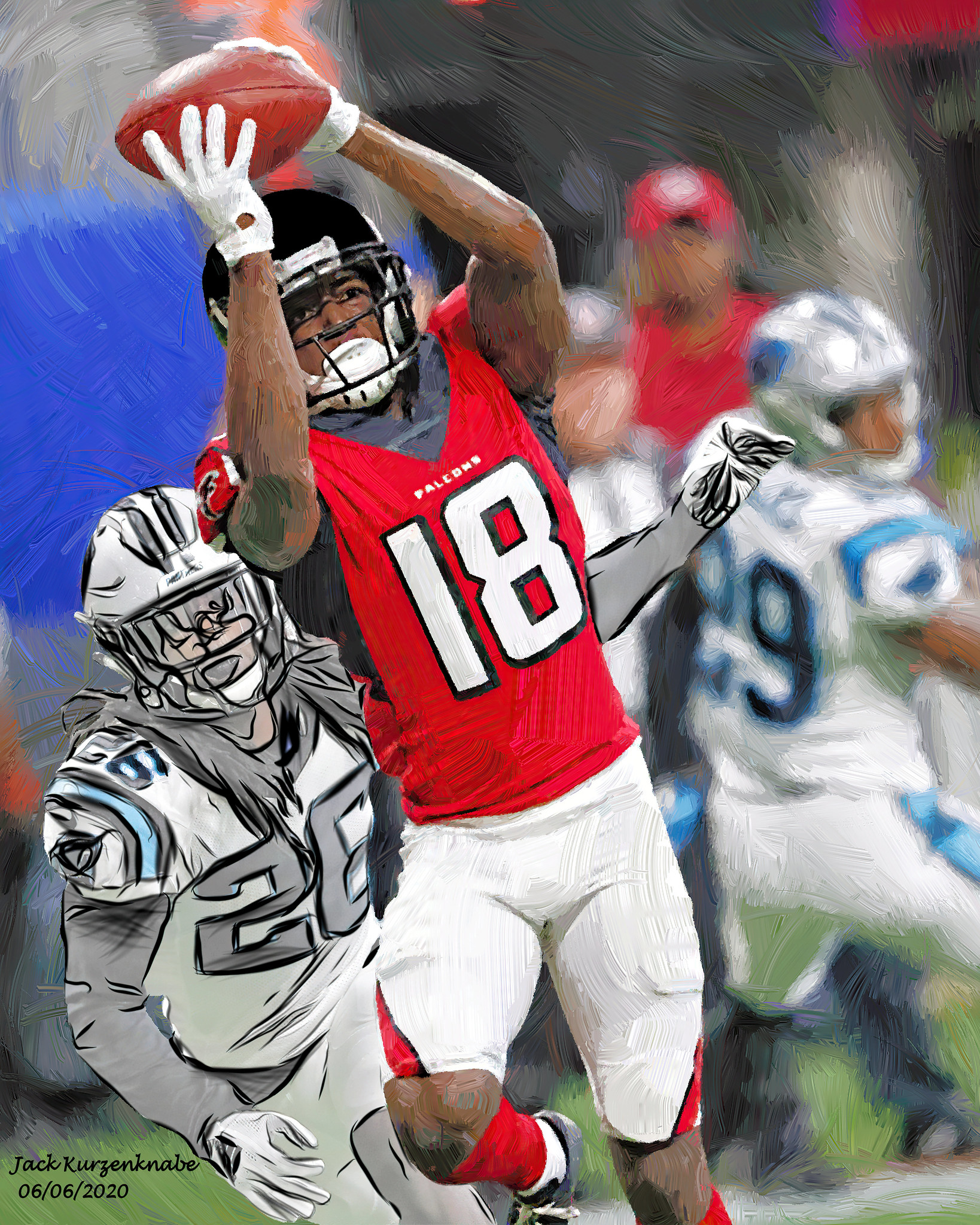 Calvin Ridley is the future of Atlanta

The Atlanta Falcons were a train wreck from outer space last year, this once promising team turned into a team that went on a five game losing skid thus firing their head coach and general manager (Dan Quinn and Thomas Dimitroff). The few rays of hope on this team need to be recognized, this is a list of the four players that the Atlanta Falcons can begin to become excited about in the future.

Ridley improved even more upon his stellar first two seasons by posting an All-Pro level year with 1,374 yards and 9 touchdowns, and by thoroughly outplaying longtime Falcon great Julio Jones. Ridley is the favorite target of the future for Atlanta, and whatever new quarterback is brought in is going to love having Ridley as a threat.

Julio Jones has arguably been the best wide receiver of the 2010’s decade, and has been the biggest non Matt Ryan reasons for the Atlanta Falcons being succesful. The Falcons have made a perfect move by drafting Jones’ replacement, and I do not think Jones should be on his way out at all.

One of the few bright spots of this awful defense is Jarrett whose play is the only reason that this defense can be considered anything more than worst in the league. If the Falcons ever do decide to build around their defense more, then Jarrett is going to be the anchor of the defense that holds the operation together.

The Falcons have locked up Jarrett until the 2023 offseason, and given that he is the best player on the entire defense by a huge long shot I would be astounded if the Falcons did not re-sign him. If only Vic Beasley or Takkarist McKinley had worked out then the Falcons would actually be on their way to having a pretty decent front seven.

Oluokon was a part of a decent linebacker core that got overlooked amidst a lost, distasterous season for the Atlanta Falcons. Oluokon had 97 tackles on the season and has definetly broken out from his first two years in the NFL, and is definetly effective for a sixth round pick in 2018.

The Falcons tried their luck with a one two linebcker punch with their DeVondre Campbell experiment of the 2010’s. Unfortunately Campbell did not end up being quite like what the Falcons needed him to be, and he was released into the hands of the Arizona Cardinals in the offseason.

Another one of the true underrated rookies is Mykal Walker who had a pretty decent season with Atlanta. If the Falcons really wanted to build a solid linebacker core then Walker is going to be one of the pieces to make that happen. Walker even played better than first round rookie A.J. Terrell who was drafted three rounds in front of him.

Often late round rookies that have a good rookie year do not end up keeping this consistency throughout their careers which does not bode well for Walker, but if everything mircculously breaks right then he could be a potential game changer for this defense in years to come.

Assessing which QB Fits Best In Kyle Shanahan’s Scheme
Potential trades we would like to see
wpDiscuz
0
0
Would love your thoughts, please comment.x
()
x
| Reply