Three Players Green Bay Packers could trade up for 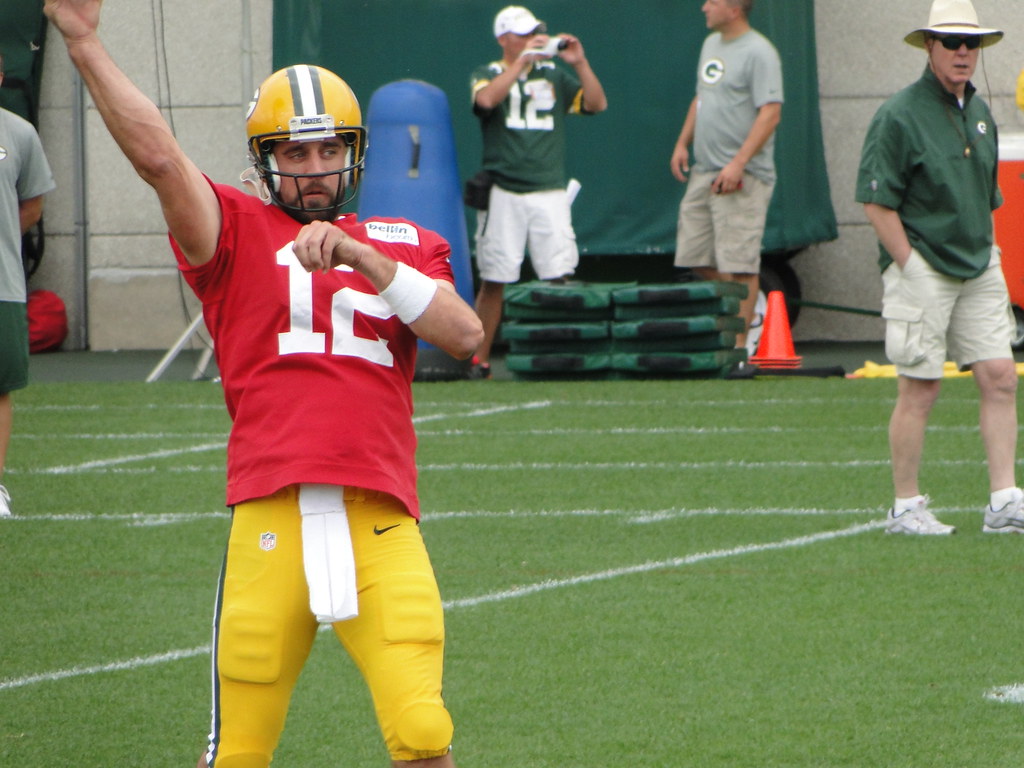 April 29th can not come fast enough! We are just over one week away from seeing the new cast of rookies find their NFL homes, and the excitement is nearing its peak. As a Green Bay Packers fan, I should be preparing myself for some disappointment if recent history is considered, but I will not let Brian Gutekunst’s love of trading up for backup QBs get me down.

Gutekunst has shown that he has no problem with being aggressive and trading up for his guy in the first round. He has traded up in the first round during all three drafts as Green Bay’s General Manager. I believe that he’s likely to continue that trend this year as more than a few of the high-end players at positions of need are expected to be drafted a few picks ahead of Green Bay’s 29th pick. Also, Green Bay has five draft picks between the 3rd and 5th round, which is more than enough to trade up.

Before we dive into some of the players that Green Bay may be interested in trading up for, I wanted to explain Gutekunst’s not-so-subtle draft tendency. This will show why the following players make sense as trade-up candidates. To summarize, Gutekunst adores the highly athletic players. We can use Kent Lee Platte’s Relative Athletic Scores, RAS for short, to show that Gutekunst has a “threshold” of required athleticism to get his interest. If you’re unfamiliar with Kent’s work, he grades each player on a scale from 0-10 relative to the other players from their position. There’s a clear and obvious trend with RAS that Gutekunst follows when making his draft selections. Per The Packer Report’s Ross Uglem, Gutekunst has made 28 draft selections as Green Bay’s General Manager with enough data to calculate Relative Athletic Scores for 25 of them. Of these 25 players, 22 had a RAS of 8.00 or higher. It’s safe to say that Gutekunst will continue to follow this trend going forward. Knowing this, let’s get into three prospects that I believe to fit Green Bay’s positions of need and that are realistically attainable with a trade up in the first round. They are listed in order of team need.

Greg Newsome II is a player that has been rising up many draft boards recently and would be my realistic optimal choice in the first round for the Packers. Grinding the Mocks, a source that assigns “Expected Draft Positions”, or EDPs, to rookies using hundreds or thousands of industry mock drafts, has Newsome II being drafted around pick 25, and I believe that Green Bay could move up to pick 25 or earlier without much of a problem. Outside of being one of the top prospects at CB and playing for Green Bay’s biggest position of need, Newsome has a RAS of 9.66, well above the 8.0 threshold, and has the desired size for an outside CB, 6’1”, 190lbs. Newsome is talented enough now to immediately step in as the Packers’ CB3, and he would have a good chance to pass Kevin King on the depth chart during his first season. He’d also address the extreme need for talented CBs when looking past the 2021-2022 season as Green Bay only has two CBs signed to contracts after this season. As a bonus fun fact, Newsome also has family ties to Green Bay. His father, Craig Newsome, was drafted by Green Bay with the 32nd pick in the 1995 NFL draft and played four seasons with the Packers.

Packers’ fans remember all too well how important offensive tackles are when trying to win a Super Bowl. Tampa Bay was able to frequently force pressure on Aaron Rodgers when rushing against Billy Turner and Rick Wagner in the NFC championship game just a few short months ago. Of course, the David Bakhtiari injury played a huge role in this development, but that solidifies the need for offensive tackle further as it would aid with covering for injured players. Teven Jenkins is considered one of the top offensive tackle prospects in this year’s draft, and he would be a near-perfect fit for Green Bay. He would solidify the right tackle spot, which would allow Billy Turner to slide to right guard and increase the offensive line depth overall. Even if Jenkins isn’t quite ready to start at right tackle year one, he had experience all over the line in college and could start at guard while he develops as an NFL lineman. When considering a trade up, Green Bay would have around a 9 pick leap to make as shown by Grinding the Mocks’ EDP of 20 for Jenkins. Again, I believe Green Bay has more than enough 2021 draft capital to make the jump. Lastly, Jenkins has good size, 6’6” 315lbs, and quite easily hits the RAS threshold that Gutekunst seeks with a 9.74 RAS. Despite not being the most exciting pick, Teven Jenkins would be an incredible addition for the Packers and would instantly make the line better.

Green Bay has not been a team that invests first round picks at the wide receiver position for some time now. The front office and coaches have been more comfortable with the team’s receivers than fans and analysts, and that is apparent through recent actions and comments. I think this could be the year they finally buck the trend because of the increasingly obvious need for a more consistent second receiver. The two guys on the roster that Green Bay had the most confidence in last year are Allen Lazard and Marquez Valdes-Scantling. Lazard is an excellent run blocker but is inconsistent as an outside receiver. Marquez Valdes-Scantling is extremely fast and gets open deep quite frequently, but he may have the most inconsistent hands in the league. I do believe that Brian Gutekunst and Matt Lafleur finally see the glaring need to address the receiver position since their two most trusted guys failed to live up to the task last year. With that said, this year’s draft class has a handful of receivers that would make sense for Green Bay to target in the first round. Terrace Marshall Jr. is one of these receivers and would be the most likely that the Packers target in my opinion. He’s usually mocked between the late 1st and the mid 2nd round and has an expected draft position of 31 when looking at Grinding the Mocks. The Draft Network is a fantastic source for player evaluations, and they have Marshall Jr. as their 25th best player in this class. I tend to think that is closer to where Marshall Jr. will end up going. As stated earlier, Green Bay definitely has the draft capital to trade up to 25. There are many reasons I think that Marshall Jr. would be a target for Brian Gutekunst. Among these reasons are his size, his 9.76 RAS, his ability to run block, and his excellent production in college against top competition. As a sophomore with both Justin Jefferson and Ja’Marr Chase playing ahead of him, Marshall Jr. had 671 yards and 13 TDs in 12 games, and as a junior, he increased his per-game production while he finished with 731 yards and 10 TDs in just 7 games. This is a guy I would be ecstatic about for the Packers, and I’m sure Aaron Rodgers wouldn’t be complaining.

Greg Newsome II, Teven Jenkins, and Terrace Marshall Jr. would all be fantastic additions for Green Bay and Packers fans would be lucky to have any of these three guys as the first round pick.