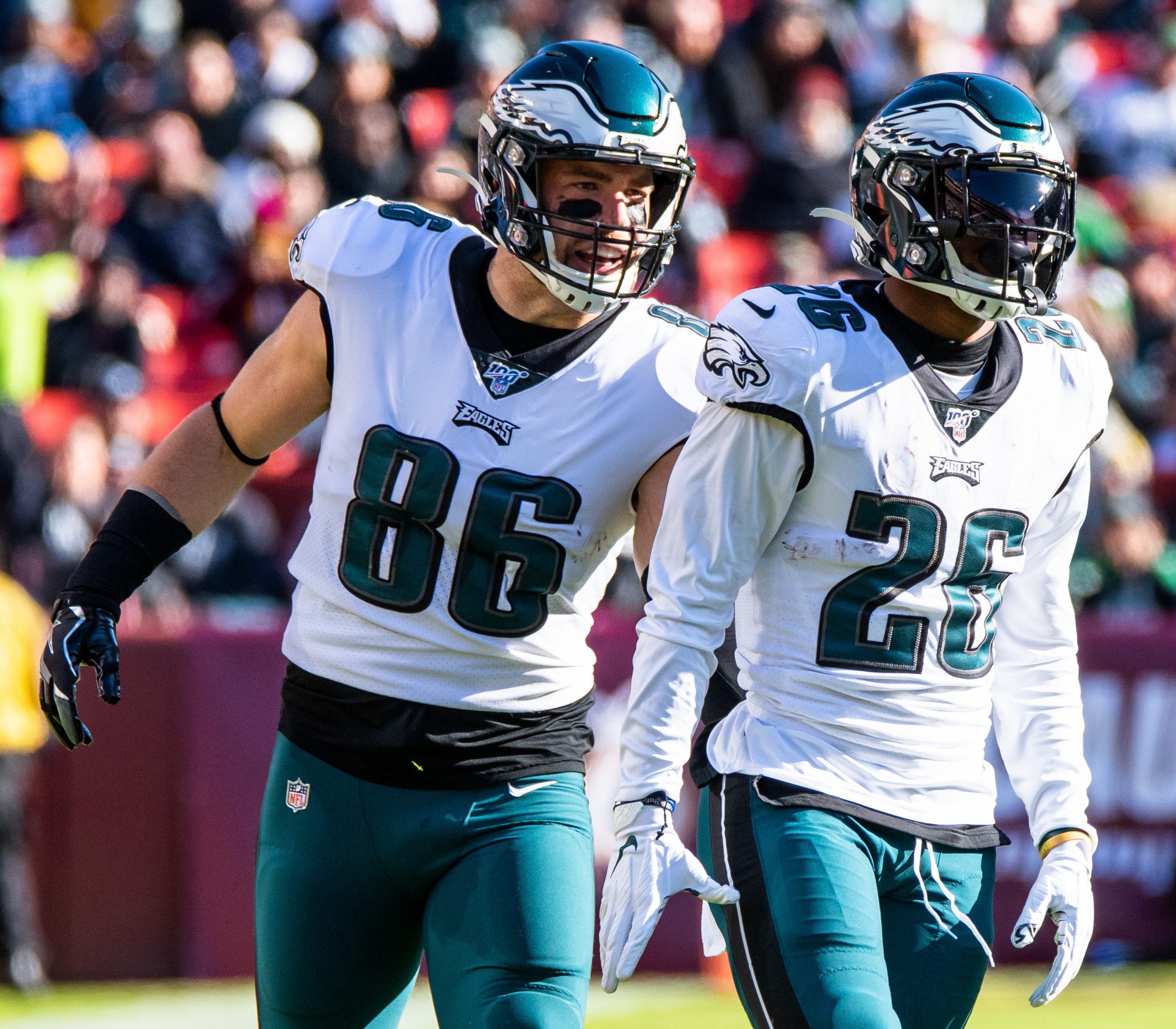 Miles Sanders Will Take Off in 2021

I’m always looking to find value in Fantasy drafts.  Which players have the best chance to finish well above their ADP (average draft position)?  There are plenty of ways that players become good draft values including added competition for touches, recency biases, and false narratives being spread around.  I’m going to take a look back at the 2019 Running Back class and discuss my favorite players to target based on their current ADP and my expectations for production in 2021.

It seems like most folks don’t want to buy into the David Montgomery breakout after he finished as the RB4 in 2020 with 1508 total yards and 10 TDs. You would think that a 23-year-old running back who put up these numbers on a mediocre (at best) offense would be fantasy gold, but as of April, his 2021 ADP is around RB20. Most people are concerned about the return of a healthy Tarik Cohen and the signing of Damien Williams, but I’m not so sure they are going to be a major threat.

While Montgomery’s snaps certainly increased after the Cohen injury, he only ended up with five more carries than he had in 2019, so there wasn’t much of a volume boost. Instead, he became a much more efficient runner. He improved on his YPC from 3.67 as a rookie to 4.33 last season and also jumped up from the 17th most yards created to 4th best in that department. Training camp reports told us that Montgomery had slimmed down over the off-season and we saw better burst from him because of it. The return of Cohen will be sure to eat into David’s passing game involvement, but even if you take his 2020 receiving numbers and replace them with his rookie production through the air (with a healthy Cohen for 16 games), that only drops him down to RB13.

I also hear a lot about Montgomery’s easy schedule towards the end of the season, which is a valid argument. His best three games came against these teams: Detroit, Green Bay, and Minnesota. Notice anything about them? They are all in the NFC North with the Bears which means he’s going to face them each twice again next season. I’m also not going to panic about Damien Williams, a 29-year-old running back with only one season of over 50 carries. He is simply a depth option since they lost Cordarrelle Patterson in Free Agency. With another year of their young Offensive line to gel and continue to improve as they did down the stretch last season, “Monty” will have a good shot to return strong value.

Fantasy managers were excited about Miles Sanders going into his second season, after a rookie breakout. He was drafted as a borderline RB1 and expected to join the top tier of young Running Backs. Unfortunately, injuries and inconsistent QB play ruined the Eagles’ season. Their two best lineman (Brandon Brooks and Lane Johnson) missed the majority of the year due to injuries and the QB combination of Jalen Hurts and Carson Wentz failed to get any rhythm going for the offense, so there was not much fantasy production to go around. Sanders dealt with his own knee injury that he suffered in Week 6. He missed three games and returned in Week 10, but was not as effective. His pre-injury YPC of 6.1 through the first 6 weeks, dropped down to 4.6 from that point on.

2020 was not what we wanted to see from Miles, but I’m optimistic about 2021. Even though he was slowed by the knee injury and in a terrible offense, Sanders still managed to be the RB18 in PPG. He also put up a respectable 4.7 true yards per carry (11th best) and was Top 10 in yards per touch, proving that he is still a highly efficient runner. On top of that, his receiving opportunities rose in 2020 from his rookie season, seeing 4.3 targets/game (3.9 in 2019). Even though he missed four games, he ran the seventh most routes among RBs for the season.

Carson Wentz was traded to the Colts in March, so Sanders will get Jalen Hurts as his full-time QB. In his three games with Hurts, he averaged 78.6 rushing yards per game which would be a 16-game pace of 1,257 yards. If he can maintain anything close to that production, along with his 4-5 targets per game, he will definitely find himself back into the RB1 conversation.

Fantasy managers tend to stay away from New England backfields, as Bill Belichick is always unpredictable in the way he deploys his running backs. While no one was ever excited to start Damien Harris in 2020, he provided a solid RB3 floor every week, even with only minimal involvement in the passing game. After Sony Michel was placed on IR in October, Harris took on the lead role and averaged a healthy 5.04 YPC while getting double-digit carries every week he played except for one. He also showed some elusiveness with a 28.2% juke rate, which was the eighth best among RBs and created the ninth most yards per touch (per: PlayerProfiler). During his time as a starter (weeks 4-13), Harris was the PPR RB26. That doesn’t sound like anything special, but when you consider that he only had five receptions and two total touchdowns during that period, it’s not bad at all for a player that was barely on anyone’s radar for Fantasy after 2019.

The difficulty in projecting the Patriots’ backfield for 2021, is the lack of time that we’ve seen both Harris and Michel healthy at the same time. Harris missed the first three games from a hand injury and Michel went down during Week 3. Once Michel returned in Week 13, we only saw one and a half games before Harris was injured again in Week 14 and remained out for the season. In Weeks 13 and 14, Harris saw 10 more carries than Michel, while rushing for 130 total yards compared to Michel’s 57.

It remains to be seen whether or not Sony was being slowly worked in coming off of the injury or if Harris won the lead role. Based on what I saw, my money is on Damien being the top running back in 2021. Take advantage of the uncertainty around that backfield in drafts this year to snag him as your third or fourth running back.

3 Philadelphia eagles who may surprise in 2021
Why Arthur Smith can turn the Falcons around
wpDiscuz
0
0
Would love your thoughts, please comment.x
()
x
| Reply