3 Philadelphia eagles who may surprise in 2021 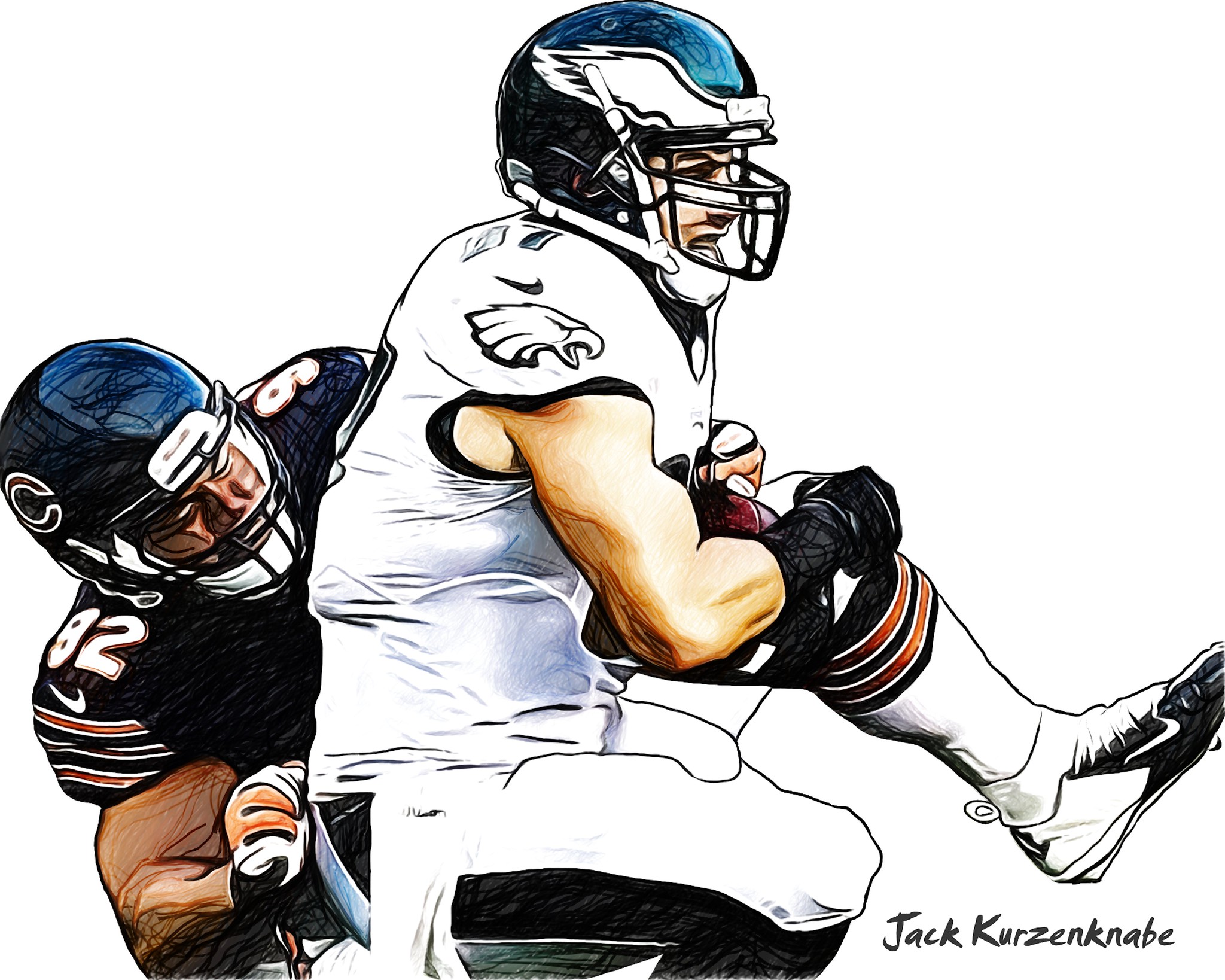 Jordan Howard will be star in 2021

My, what a tumultuous offseason it has been for the Philadelphia Eagles!

Since they concluded their now infamous week 17 matchup against Washington with the maligned quarterback, Nate Sudfeld, at the helm, the organization has undergone an incredible change.

The first domino to fall came with the firing of head coach Doug Pederson, who just three seasons prior was hoisting the Lombardi trophy in celebration of the club’s first-ever championship in the Super Bowl era.

An exhaustive search followed and eventually, the Eagles announced that the unheralded Nick Siriani, former Colts offensive coordinator, would assume the reins.  Siriani’s status as an unknown among fans fueled speculation that the organization was seeking a front man who the front office could quietly control behind the scenes.  Nick’s uncomfortably nervous first impression at his introductory presser certainly did not quell these suspicions.

Next came the trade that many had expected, sending the former face of the franchise, Carson Wentz, to Indianapolis for a reunion with Frank Reich.  Though we may never truly know the details behind the breakdown of this player-club relationship, the departure of Wentz has been controversial and divisive among the fan base.

Left in the wake of the contentious Wentz trade was considerable dead money and a cash-strapped organization which was unable to make significant additions in free agency.  With no choice but to embrace a more affordable youth movement, the team has turned its attention to the draft.  After trading down 6 spots in the 2021 draft, they currently find themselves armed with the 12th overall selection this season along with the potential for three 1st round selections in 2022.

While the draft pantry is stocked nicely, the prospect for the organization in the present is incredibly uncertain.  Even the status of second-year quarterback, Jalen Hurts, has been clouded by speculation.  With a starting quarterback not well defined in mid April, a push toward youthful personnel, and a brand new coaching scheme to unravel, there are clearly ample tea leaves to read.  With this in mind, I present to you three players who are currently lurking in the depths of the Eagles roster with the potential to make a big splash in 2021.

Desperate for talented pass catchers, the Eagles selected three wide receivers in their 2020 draft class.  The final of these three was Quez Watkins out of Southern Mississippi.  At 6’0” and 185lbs, Watkins is slight of frame but a willing competitor on 50/50 balls.  However, where he excels is with blazing speed, logging a 4.35s 40 yard dash time at the 2020 NFL Combine.

A sub-4.4 40 time for a receiver jumps off the page pretty readily as a significant strength, and thus I would expect Siriani to exploit Watkins’ obvious talent.  In addition to traditional ”˜go routes’ which capitalize on straight line speed, I would anticipate the Eagles to utilize high percentage short to intermediate routes to create open space for Watkins to go to work.

The Eagles could be looking to add receiving talent through the early rounds of the upcoming draft, a move which may change the forecast for Watkins.  However, as the roster currently stands, Quez is nicely situated to make a significant impact in 2021.

The Miles Sanders hive may disagree, but I don’t believe that he is built to withstand the punishment of being a lead back in the NFL.  More importantly, it seems that the Eagles also believe this to be the case, as they have meticulously managed his snap count over the first two year of his career.  Though clearly valued by the club, I do not expect him to eclipse the 15 touch per game plateau that has defined his early career.

So who fills the void of the remaining touches?  Though Corey Clement will always hold a special place with Birds’ fans for his Super Bowl heroics, he has clearly declined in potency over the past few seasons.  Boston Scott adds depth and contributes to the special teams unit, but has only been featured when propelled by injuries elsewhere at the position.  Certainly, slight of frame backs like Jason Huntley and Adrian Killins have durability concerns and cannot be relied on to even make the roster, let alone contribute.

In his 2019 stint with the Eagles, Howard was a significant contributor amassing 4.4 yards per carry and 12.9 touches per game.  That season, he was the thunder to Sanders’ lightning, collecting the hard fought ground yards, and it’s entirely reasonable to suggest that the team has a similar approach in mind for the 2021 campaign.  While the specifics of Siriani’s playbook is still a mystery to most, Howard is at least familiar with the Eagles organization and he clearly valued that familiarity in re-signing with the team.

As is the case with most areas of the current Eagle roster, Howard is no sure thing.  However, it is not at all unreasonable to expect a notable contribution from a player that many have all but written off.

Hakeem Butler was the darling of many football fans during the lead-up to the 2019 NFL Draft.  Some projected him among the elite wide receivers of that class and predicted that he might be selected with a first-round stamp of approval.  Ultimately, he instead fell to the fourth round where he was ultimately selected by the Arizona Cardinals.  The disappointment did not end there for Butler, however, as success eluded him and he eventually found himself released by the team that had drafted him just one year later.

After a short stint with Carolina, the Eagles poached Butler from the Panthers practice squad in September of 2020.  What was notable about this signing was that the Eagles announced their intentions of converting Butler to a tight end.  While on the surface this move seemed unconventional, there was actually considerable merit for such a change.

Butler has a tremendous frame, measuring 6’5” and weighing in at 227lbs.  During his collegiate tenure at Iowa State, he terrorized defenses with a ”˜my ball’ mentality with respect to contested catches.  Unfortunately, his college offense did not require him to execute a full route tree, and he thus rose to prominence by outmuscling defenders rather than beating them with technique.  Sure sounds like a top notch, developmental tight end to me.

The Eagles have long been at the forefront of the ”˜12 personnel’ shift, utilizing two tight ends to create mismatches with the defense.  Though willing to adapt to his personnel, Nick Siriani has shown that he values a two tight end look in his offenses as well.

A casualty to salary cap limitations, all-time Eagle tight end, Zach Ertz, has been widely regarded to be on his way out of the organization.  Given his second round investment, Dallas Goedert is clearly regarded as the premiere tight end for the organization going forward.  But who fills that second tight end role?

Assuming that Ertz is ultimately traded this offseason, the roster appears to lack depth at the tight end position.  Thus, after a year of behind the scenes development at his new position, it is entirely reasonable to believe that Butler may seize upon the opportunity to assert himself as part of a new-look Eagles offense.
It was my pleasure to bring you this piece, and I would love to continue the conversation.  Please comment below or contact me @Spydes78 on Twitter with your thoughts. Be sure to browse their archive of talented writers for amazing insights to all aspects of professional athletics.

Pros and Cons For Panthers Drafting a QB in round one
3 Third Year RBs to Target in 2021 drafts
wpDiscuz
0
0
Would love your thoughts, please comment.x
()
x
| Reply