Ranking Each 2nd Overall Pick from the last decade 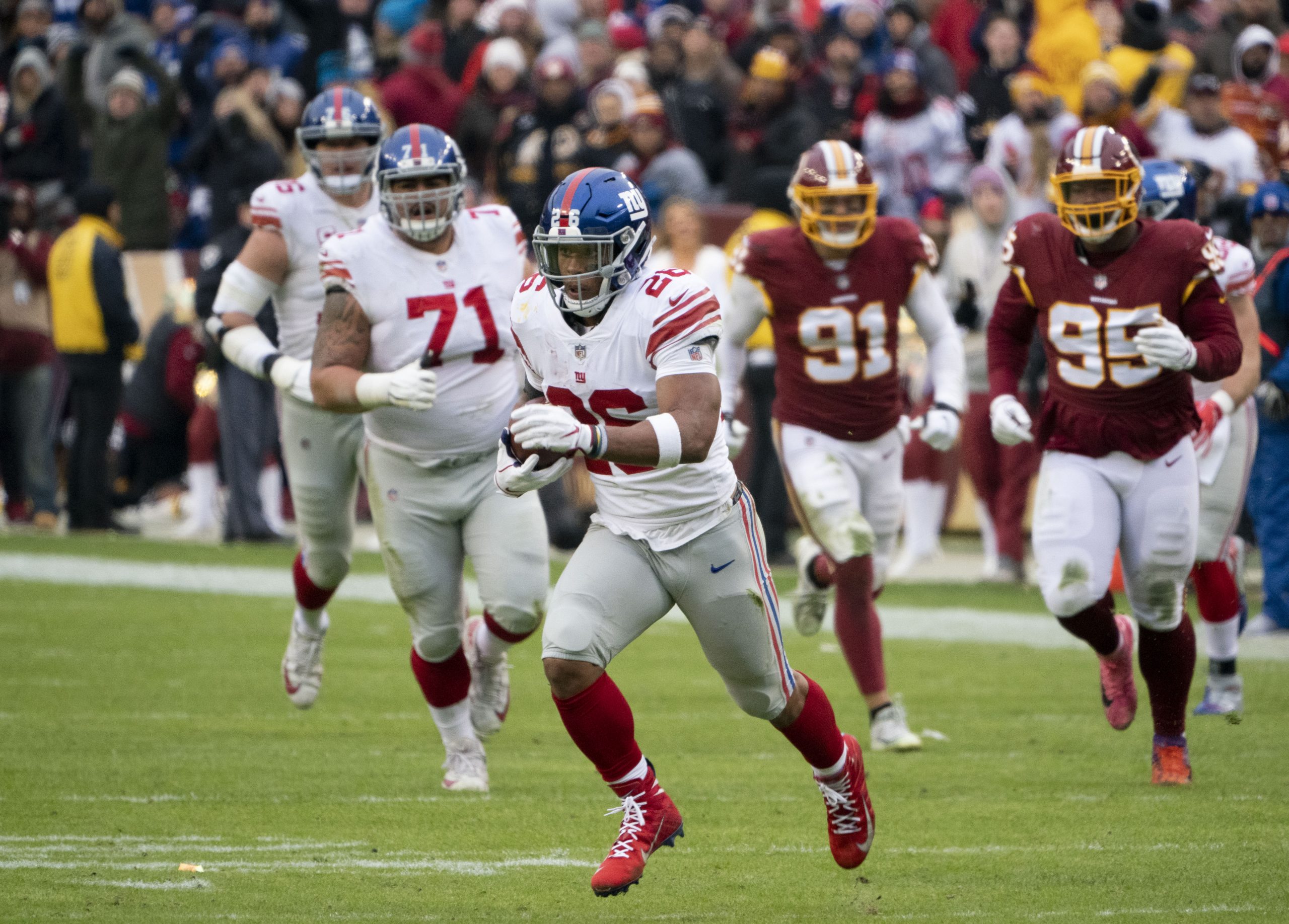 With the NFL Draft coming up this week, it’s a good time to look back at previous drafts. In this exercise we are ranking the 10 players drafted with the number two overall pick from 2011 ”“ 2020. If you have not seen the rankings for the fourth or third overall picks, make sure to check them out.

At the time, the 2013 NFL Draft was considered one of the “weakest” the NFL had seen in a while and although we can look back now and see some of the great players from that draft like Travis Kelce and Le’Veon Bell, at the time they were not highly touted. Luke Joeckel was a solid pick in the draft but had too many injury issues to become a great tackle.

In 2013 and 2016, Joeckel ended up on injured reserve and only played a handful of games in each season. Additionally, he got moved around on the offensive line during his career, starting at right tackle then moving to left tackle shortly before getting injured in his rookie season and finally he played at left guard for his final season in Jacksonville and his one season with the Seattle Seahawks.

Greg Robinson showed sparks of being a really good player at points in his career with the St. Louis/Los Angeles Rams, Detroit Lions and Cleveland Browns, but for all the “highs” he had plenty of “lows.” During his time with the Rams he had issues playing left tackle which included being penalized very often during his rookie season and eventually moved to right tackle because he couldn’t handle playing left tackle and the Rams replaced him with Andrew Whitworth.

During the 2017 off-season the Rams traded him to the Lions for a late round pick in 2018. He played a total of six games for them and was then placed on the non-football injury list.

In 2018 he joined the Browns as a backup and when rookie Desmond Harrison proved to be ineffective, Robinson got his opportunity. He played well for the Browns in 2018 and 2019 but then came some legal issues that have kept him out of the league. Had he had the opportunity to continue playing at the high level he was for the Browns he probably would have been a boom instead of a bust.

There was a lot expected out of Marcus Mariota when he was drafted second overall in 2015, considering he was the Heisman Trophy winner in 2014. In his first four seasons with the Titans he completed over 61% of his passes but was getting sacked at a very high rate. For the 2019 season the Titans brought in quarterback Rayn Tannehill and Tannehill took over for Mariota in the middle of a Week 6 loss to the Denver Broncos and hasn’t looked back. At the seasons conclusion, Mariota signed with the Las Vegas Raiders.

In his six years in the NFL, Mariota has passed for 13,433 yards with 77 touchdowns and 45 interceptions. He also has 1,487 yards rushing and 12 rushing touchdowns. He is entering his second year as Derek Carr’s backup in Las Vegas.

While Mitchell Trubisky is this high because he made a Pro Bowl in 2018, he will always be looked down upon as he was drafted ahead of Patrick Mahomes and Deshaun Watson. Added to that, the fact that the Chicago Bears traded up from the third pick in the draft to the second to take Trubisky, it was just a bad situation for Trubisky to be a part of. He is a middle of the league quarterback but when you’re drafted second overall, that’s not a place you can be.

He played well enough in his first three seasons, including 2018 where he led the Bears to the playoffs behind a 3,223 yard season with 24 touchdowns and only 12 interceptions. Furthermore, he holds a few Chicago Bears records, including:

Had Mitchell Trubisky been drafted in the middle of the 1st round or later, he would be considered a good option at quarterback. However, by being on this list (for getting drafted at #2 overall), he is generally considered a bust.

Robert Griffin III’s rookie season was unbelievable. He threw for 3,200 yards with 20 touchdowns and only five interceptions. It was good enough to be named the Offensive Rookie of the Year and be selected to a Pro Bowl.

From that point, his career took a nosedive. His time in Washington was marred by injuries as well as the faith of the coaching staff being placed in Kirk Cousins, a fourth round pick in 2012. He missed all of 2015 due to being inactive behind Cousins and Colt McCoy.

He would play for four more unremarkable seasons with the Cleveland Browns and Baltimore Ravens. With Cleveland, injuries sidelined Griffin for most of 2016. After being a free agent for the entirety of the 2017 season, Griffin signed with Baltimore to be a backup to Joe Flacco and Lamar Jackson.

Saquon Barkley had a great rookie campaign in 2018. He was named Offensive Rookie of the Year and made the Pro Bowl. He holds some Giants franchise records, including, but not limited to:

There is a narrative out there that Carson Wentz is a bust. While that is far from the truth, he has dealt with a myriad of injuries and in 2020 he was getting knocked around pretty badly by defenses throughout the season. He is now a member of the Indianapolis Colts as he was traded away in the off-season.

In 2017 Wentz was played great when he had the first of his major injuries. He was in consideration for the MVP at the time, but due to an ACL injury, he missed the last month of the season. He was named to the Pro Bowl that year, but was unable to play as he was recovering from surgery on the ACL. The Eagles won the Super Bowl that year with Nick Foles and people started to question whether Wentz was really their guy.

From 2018 ”“ 2020, Wentz was sacked 118 times. In 2020, the rate at which he was pressured was almost 30% and it affected him. Now with the Colts, he will be behind a much better offensive line which will help him immeasurably.

Additionally, he now has the opportunity to play for Frank Reich, his offensive coordinator while in Philadelphia, who should bring the best out of Wentz. The only real question, like so many others on this list, is can he stay healthy.

Nick Bosa was the Defensive Rookie of the Year and was named to the Pro Bowl in 2019. In 2020, he only played in two games, before getting hurt against the New York Jets at MetLife Stadium.

In his rookie campaign he had 47 tackles, nine sacks and one interception, he also added another four sacks in the 49ers playoff run. His big moment of the season took place in a Week 5 Monday Night Football game against the Cleveland Browns. After sacking Browns quarterback Baker Mayfield, Bosa “planted his flag” and reference to what Mayfield did when his Oklahoma team beat Bosa’s Ohio State Buckeyes in 2017.

Chase Young had a great rookie season in 2020 and he gets the nod at #2 on this list over Nick Bosa due to Bosa’s injury in 2020. Much like Bosa, Young was named Defensive Rookie of the Year and was a Pro Bowler.

His big game came against the San Francisco 49ers in Week 14. He had a sack, two passes defended, a forced fumble and a fumble recovery, which he returned for a touchdown. It was the third time since 1999 that a player accomplished that feat and Young was the first rookie to achieve it.

Von Miller is far and away the best player taken number two overall in the last ten years, in fact he is in the discussion for the greatest #2 pick of all time. His accolades include:

The only two seasons in his career that he did not have double-digit sacks was 2013, when he only played in nine games and 2019, when missed a game and only played 79% of the Broncos defensive snaps, which is a drop lower than his typical defensive snap numbers.

Miller did not play in 2020 due to a dislocated tendon near his ankle which caused him to be placed on injured reserve. Even without playing in 2020, Miller is far and away the best player drafted #2 overall.

3 Reasons Why Atlanta Won’t Draft a QB in the 1st round
What are the Pros and Cons for 49ers Trading Jimmy Garoppolo?
wpDiscuz
0
0
Would love your thoughts, please comment.x
()
x
| Reply